The threat of new entrants in the Carrefour Porter Five Forces Analysis can be explained as follows:

The threat of new entrants for Carrefour is low to moderate, and this is because the barriers to entry in this market is a bit high, it includes a high amount of capital investment and maintaining a very resilient supply chain, being the eighth largest retailer in the world by revenue Carrefour has little to worry about the new entrants.

The barriers to entry are high. For example, the technology one needs to ensure a resilient supply chain as well as the high amount of capital that is required; with a revenue of 70 billion dollars in 2020, Carrefour is still only the 8th largest retailer we can imagine by this what kind of capital is required.

Hence, we can conclude that the threat of new entrants in the market is low for Carrefour. 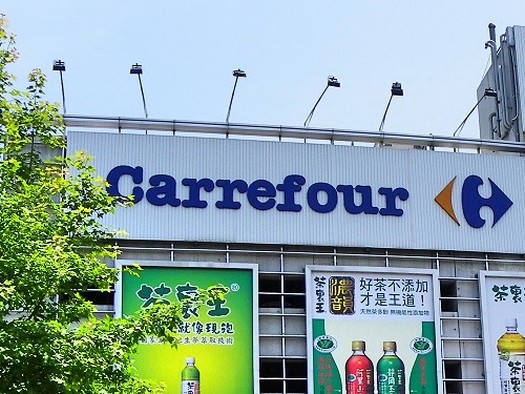 Below are the threats of substitute products of Porter’s Five Forces analysis of Carrefour:

The threat of substitutes for Carrefour is low to moderate; this is because Carrefour has a presence in both online as well as the offline retail market.

This gives it the flexibility that is needed to ensure that no substitute can overpower it, with the online market being the primary substitute for offline market having a strong presence in both offline as well as online market, ensure that Carrefour is immune to any new and sudden replacements.

The need for retail stores is always constant, if not increasing, given that it provides goods at a lower price, and Carrefour has been able to do this consistently.

With increasing demand and a strong presence in both online and offline retail markets, Carrefour has a very strong position to ensure that there is no significant threat of substitutes.

As far as Carrefour is concerned, there is no significant threat of substitutes in the present or near future.

In the Carrefour Porter Five Forces Analysis the bargaining power of the customers can be explained as:

The bargaining power of the customers is relatively low for Carrefour.

This is because it has a vast customer base earn is already providing the goods at a cheaper rate, return shows that any situation where the customers are able to pressurize the form to reduce the prices does not occur, with various outlets and strong online presence Carrefour has an extensive customer base similar to its competition Carrefour exploits the economies of scale to ensure that it provides customers with lower prices as compared to its competitors.

With the presence in both online as well as offline markets panda the fact that Carrefour ensures that it provides the goods at as low as possible prices and services like door to door delivery assures that the customers are satisfied and the bargaining power of the customers is reduced as much as possible.

After considering the above mentioned points, it is safe to say that the bargaining power of the customers for Carrefour is relatively low.

Following is the bargaining power of suppliers in the Porter’s Five Forces analysis of Carrefour:

Being the eighth largest retailer in the world, Carrefour comprises of 12,225 stores in over 30 countries. It has an extensive supply chain and operating link of hypermarkets and grocery stores. To fulfill the needs of these markets in stores, it sources over 80% of the products from the regional suppliers such as local producers & suppliers, enabling them to reach to a larger audience.

Thus, enabling Carrefour to support local producers, suppliers, families, and economies; in turn, the suppliers help Carrefour in procuring the product at a cheaper cost, being a significant player and a massive consumer of the local goods, the suppliers do not have much bargaining power as they cannot afford to lose Carrefour as an aggregator of their interests.

Given the fact that Carrefour is enabling these producers, local families, and economies and has the economies of scale, the bargaining power of these suppliers is extremely limited.

Hence, we can safely say that the bargaining power of suppliers for Carrefour is low.

The impact of key competitors in the Carrefour Porter Five Forces Analysis is as follows:

The competitive rivalry in the retailing market is high because of only a few major players and many local players.

with its presence in both the offline as well as the online retail market Carrefour has somewhat mitigated the competitive rivalry however competition with big rivals such as Walmart it’s still there, not being the market leader Carrefour has to ensure that it matches the price of the leader and hence sometimes may lose market share to the leader however the target audience of Carrefour is slightly different to its competitors, having local producers suppliers as its main suppliers Carrefour has established a strong supply chain network which is vital in the online and offline retail market.

Since it procures its goods from the local suppliers who have very low bargaining power it can provide the goods at a very cheap rate which sometimes the competitor cannot offer and thus giving it a slight edge over its competitors.

Overall we can say that with some local players and some major players the competitive rivalry in the retail market is high.

To conclude, the above Carrefour Porter Five Forces Analysis highlights the various elements which impact its competitive environment. This understanding helps to evaluate the various external business factors for any company.