The political factors in the Carrefour PESTLE Analysis can be explained as follows:

Carrefour operates in 30 countries and provides employment to around 380000 people across the world. Since it has its setup in multiple countries it has to look after the political scenarios in each of these locations. The policies under which the retail and wholesale business runs may change with changing leadership. For example, Carrefour had to shut 5 stores and exit Indian market as it was going under immense loss due to changes in Foreign Direct Investment policies. The countries in which it operates should also not be subjected to military invasion or terrorist attacks. Stability of political environment helps run business smoothly and efficiently. Various trade barriers that countries impose on each other as a result of political tensions is also a matter of concern for Carrefour since the profit-making capacity of the firm in that country gets hampered. 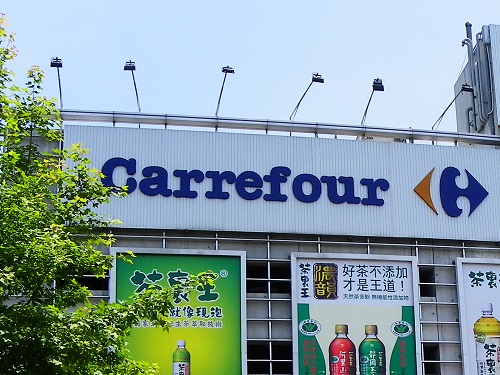 Below are the economic factors in the PESTLE Analysis of Carrefour:

The growth and stability of French economy is important since it is the home country and is responsible for up to 50% of the sales.

The strength of the economy in the country which it is located plays a crucial role in deciding profit for any particular financial year. Majority of the market is in China and south Asian developing economies. The uncertainty in those market economies makes business volatile. The GDP growth rate reflects the rate at which Carrefour would grow in that economy. The interest rates, taxation policies etc. govern the growth of Carrefour.

The changing lifestyle choices of people, their changing attitude in the process of shopping are a few points that govern the kind of target audience Carrefour should target. The demographics of the population also matters. The increased focus on organic foods to improve their health which is not in good shape due to modern day poor work-life balance. The economic class of the audience should also be considered. There is no point in selling premium products if all the buyers are from lower middle class.

The technological factors in the PESTLE Analysis of Carrefour are mentioned below:

Technology has proved to be decisive in giving an upper edge from the competitor especially for a company like Carrefour. Take any industry or any organization, they all have to be up to date with technology and somehow evolve with the developing new technological trends so as to remain profitable in business. Developing various omnichannel strategies to improve the experience of the customer is a major thing where the technology can play a big part.

Using blockchain in its supply chain management to improve its working efficiency are some of the areas to think upon for Carrefour.

Following are the legal factors in the Carrefour PESTLE Analysis:

The labor laws including minimum wages for labor, proper working conditions for them along with other facilities like insurance, pension schemes etc. are strict in some countries. These laws vary from country to country. Suppose Carrefour comes up with a new innovation in its super market or strategy, then it has to be properly protected under the intellectual property laws so that the competitor doesn’t steal the innovation without firm’s prior permission. Health and safety laws for the workers at store and also for the products that are sold to the customers. Taxation policies are to be followed strictly and regularly.

In the Carrefour PESTLE Analysis, the environmental elements affecting its business are as below:

Carrefour in itself doesn’t generate any waste. But since it is a supermarket store it has varieties of products.

It should be ethical in policies to support our depleting environment by not selling any product which harms water bodies by disposing its waste in them or pollute air we breathe causing deadly breathing diseases. Organic products are better for human as well as for the soil in which they are grown. It should try and sell as many as organic products which serves the purpose of customer to maintain good health and save the soil from losing its fertile nature.

To conclude, the above Carrefour PESTLE Analysis highlights the various elements which impact its business performance. This understanding helps to evaluate the criticality of external business factors for any brand.