The political factors in the iPhone PESTLE Analysis can be explained as follows:

Political factors that affect the functionality of a company like Apple which produces iPhone depends upon the political stability and instability in the country in which it operates and also the political environment of the world. An important political factor that can affect the performance of iPhone is the improving trade policies between various countries and political stability in the developed countries. This can be seen as an opportunity for iPhone to improve its sales. Due to the improved stability between the trade policies of developed countries, it can become easy for or iPhone to be distributed under Apple. iPhone has its major manufacturing units in China and this can be distracted if Chinese politics is unstable, which will lead to improve the cost of production and eventually would affect the overall cost of iPhone. 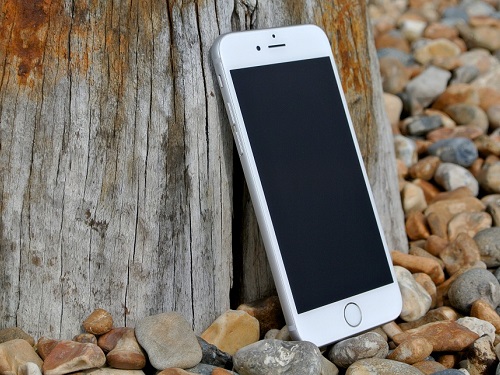 Below are the economic factors in the PESTLE Analysis of iPhone:

Analysis of economic factors the company maps its future plans.

economic stability, interest rates, inflation rates, GDP of the economy, per capita GDP, import-export policies that can affect the Forex should be taken into consideration while analyzing the economic factors. iPhone is considered a luxury smartphone, and it is on a higher price range than the normal smartphones, and the availability of disposable income with the local population that determine the sales of iPhone. For example, due to the recent economic instability in India, sales of iPhone have dropped, making Apple to change its product strategy. Apple has introduced cheaper iPhones so as to compensate for the drop in its sales volume in India. Analyzing the economic factors will help iPhone under Apple to design its product as well as trade strategies such that it can take care of the economic changes that will arise in the near future.

Social factors that can affect species of iPhone are quite interesting to consider. For example, in countries like Africa and Southeast Asia, spending will improve in the upcoming years, however, people are unfamiliar with the iPhone in this region which the company should consider. Also, people in this market don't have a strong emotional attachment with the iPhone and other Apple products which actually drive the in of iPhone. as mentioned earlier, it is a costly product, and there can be a backlash against it in some of the developed countries. Other social factors such as the ethical practices which are being followed in the manufacturing plants in China are also a major concern which Apple should consider in its future plans of strategizing the .

The technological factors in the PESTLE Analysis of iPhone are mentioned below:

Due to the technological improvement in the last two decades companies have to continuously innovate and improve its present range of products. for instance, iPhone has maintained its uniqueness in technological advancement, however with the growing use of technology it has become easy to duplicate the products which the iPhone provides. iPhone has its own operating system which makes it difficult to increase the variety of applications available for its uses under the iOS platform which is different than the Android.

competition from Samsung and Google should be taken into consideration, iPhone should continuously improve its product offering, so as to remain ahead in the competition by Samsung, Google, and iPhone.

Following are the legal factors in the iPhone PESTLE Analysis:

Business environment can get affected due to the changes in the legal structure from time to time basis. Legal factors such as; equal opportunity for employee, health and safety concerns of the employees as well as the consumers who use the iPhone product should be mapped out and considered why framing the product. Open to know what is legal and what is legal in various countries so as to trade efficiently and have an efficient supply of the iPhone under the Apple brand. Every country has its own set of rules and regulations which the company should follow so as to successfully trade globally. Frameworks that can affect the sales of iPhone in the coming years are the increasing rules and regulations for data safety and data security by each country to safeguard its own citizens. The reason that this is a threat for Apple is that they are developing new technologies that involve the transfer of information from one application to another which can’t be in the framework of a particular country. Strict telecommunication rules will also affect the seal of iPhone considering the use of iron Technology and it's non-adherence with the government policies.

In the iPhone PESTLE Analysis, the environmental elements affecting its business are as below:

Environmental factors that are associated with iPhone are an opportunity for the company to improve its efficiency and reduce its environmental effect. The electronic waste is been generated by iPhone and other products forming a company strategy under the Apple brand.

By recycling and reproducing the used products, apple can improve its business sustainability and help reduce electronic waste. Improving the battery provided in the iPhone, by reducing the use of plastic that is being used to the packaging of the iPhone products and also by reducing the paper/plastic waste that is being generated in the transport and supply. Considering the policies that Apple is following, it is on track to address these environmental factors.

To conclude, the above iPhone PESTLE Analysis highlights the various elements which impact its business performance. This understanding helps to evaluate the criticality of external business factors for any brand.