The political factors in the Delta Airlines PESTLE Analysis can be explained as follows: 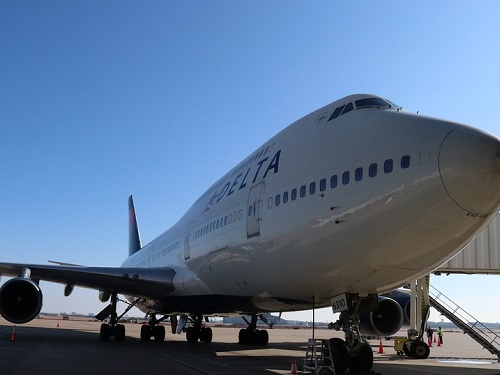 Below are the economic factors in the PESTLE Analysis of Delta Airlines:

Most of the times, airlines are seen as luxury item and are easily replaceable. Though it is used for business and cargo purposes, its business can get affected because of any kind of economic slowdown. The recent economic slowdown has not only affected the economic class but also the business class passengers. Both the airlines and the passenger are being made to cut costs. Economic factors affect the purchasing power of the customers and hence it affects the airlines. A well to do economic condition of the middle class means happy days for the airlines. Other economic factors such as interest rate and the availability of easy credit means better demand for air travel.

Delta Airlines is driven by several social factors especially the socio-economic status of the person travelling. Social elements are additionally a significant factor behind the demand in air travel. The statistic changes are a significant factor that will influence the air travel industry. Air travel is favored method travel for the millennial age. Behind the rising demand for air travel, the most significant factor is the expansion in the number of inhabitants in the millennial age. The social capital produced by the carrier's business is likewise a significant factor behind the rising ubiquity of the aircrafts business. carriers alone utilize in excess of 80,000 individuals. The whole society including organizations and individuals are profited by the wide system of flights internationally. This system has added speed to business and regular life both. There are such a large number of sociocultural elements that influence the Delta Airlines’ business and there is a commonly valuable connection between the general public and the aircrafts business.

The technological factors in the PESTLE Analysis of Delta Airlines are mentioned below:

Technology is currently more significant for organizations than at any other time in recent memory. If there should be an occurrence of the aircrafts business, from eco-friendliness to range and comfort, innovation is significant in every one of these respects. Delta Airlines’ business is dependent on technological advancements as well. Better and more eco-friendly aircraft is the need of the time. Data innovation has likewise changed a few things. From booking to overseeing activities, IT assumes a significant job at a few. In addition, the utilization of cell phones has developed over the world.

Carrier organizations are utilizing advanced type of technology to advance their brands and market their administrations.

Following are the legal factors in the Delta Airlines PESTLE Analysis:

Indeed, even after the deregulation by various governments there is a huge trap of laws that influences aircrafts organizations locally and globally. From laws identified with work, traveler security and natural impact to those identified with money related issues and business there are a few laws that influence the aircrafts business. By and large, there are a few legitimate dangers and the carriers need to give a valiant effort to stay agreeable. In 2017, Delta Airlines consented to a settlement arrangement with OSHA to ensure laborers that work things dealing with vehicles. These settlement understandings are viewed as profoundly powerful apparatuses used to guarantee that the organizations address the dangers that can execute the laborers.

In the Delta Airlines PESTLE Analysis, the environmental elements affecting its business are as below:

The air carrier’s business is liable for around 2% of the whole outflows all-inclusive. Maintainability is a significant worry for aircrafts organizations simply like different organizations over the world. In any case, the carrier’s organizations have concentrated on lessening the outflows of greenhouse gases and chop down their CO2 up to half since 1990. Delta Airlines additionally pays attention to its ecological obligation and has made enhancements over its activities both on the ground and noticeable all around. Delta Airlines has begun a few activities over its tasks to eliminate its CO2. This all shows how significant the ecological issues are in the 21st century.

Manageability activities are not only significant for consistence or to oversee tasks better yet, in addition, to deal with superior notoriety. Such brands that have dealt with their natural effect better have accomplished higher client reliability and furthermore grown a bigger client base contrasted with opponents. Putting resources into ecological initiatives has its own advantages and it is the reason Delta Airlines’ is concentrating intensely on this zone.

To conclude, the above Delta Airlines PESTLE Analysis highlights the various elements which impact its business performance. This understanding helps to evaluate the criticality of external business factors for any brand.