The political factors in the Paytm PESTLE Analysis can be explained as follows:

PayTm has expanded and diversified its operations since its incubation. They had started by offering mobile recharging, bill payments and e-commerce. Within a small period, the company has successfully created a large pool of customer base. Major changes in government regulation can have positive or negative implications for the company. One major change introduced by the government of India was demonetization which turned the transactional finances of the country upside down. RS.500 and Rs.1000 notes were removed from the economy in order to fight against the problems of corruption and black money. The move pole axed India’s cash transaction economy and forced people to look for alternative methods of payments. PayTm Wallet was the fastest and the simplest solution for people at that point of time. The company’s customer base grew from 125 million before demonetization to 185 million after the move and it has only continued to grow. 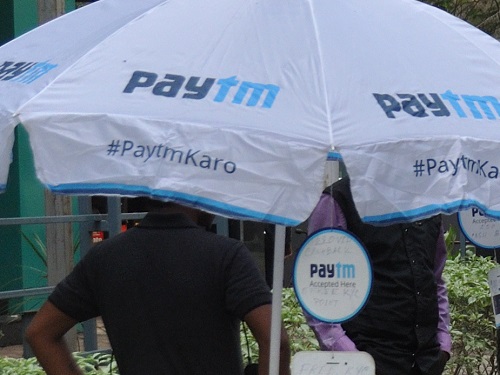 Below are the economic factors in the PESTLE Analysis of Paytm:

The group’s activities are such that they present a variety of financial risks in front of it including market, credit and liquidity risks.

PayTm focus upon a system-based approach to business risk management. The management process is developed in such a way that early identification, evaluation and effective management of key risks facing the business is enabled. PayTm has ensured that the cash flow in the company is utilized optimally through fund planning and the company indulges in robust cash management practices to account for market risks. Price risk associated with the business have to be taken into account. These comprise of liquid schemes of mutual funds and fixed deposits. For PayTm the most significant currency is Indian Rupees. Foreign currency risk exposes company to the fluctuations in the foreign exchanges rates. It affects the operating activities of the business.

The company was benefitted by a shift in the preferences of the consumers for shopping. The shift in the number of consumers purchasing products online increased significantly. The ease of payment and the variety of products available online lured the customers into the online shopping experience. This proved to be beneficial for PayTm, as the company was one of the preferred method of payment on such ecommerce sites. By design the option to sign out from the app PayTm is not visible enough to the users. As a result, a lot of users remain logged into their app most of the time or fail to notice the option of sign out. This can create a significant amount of vulnerability for the purpose of security among the users. Although this also acts as a catalyst for frictionless payments as the users don’t have to log into the app many times throughout the day. Convenience is preferred more by the consumers as compared to security. This is an element that PayTm has not only understood but taken advantage of as well.

The technological factors in the PESTLE Analysis of Paytm are mentioned below:

PayTm is the consumer brand of one of the India’s leading mobile internet company One97 Communications. The Company also strives to create something for its consumers that they themselves would enjoy using. In addition to usability, the company also focuses upon providing a wholesome experience to its consumers. Accessibility, convenience and credibility are the other three factors which are the central point of focus for them. The company has tried to build their mobile applications such that the customer interface is smooth and easily accessible. The simplistic design reflects on the home page of the company as well although the company has been built through a complex structure of a variety of web technologies. The company has previously thought of expanding into a new vertical where the company would become a credit rating agency.

This new earning avenue was planned with the company’s largest investor Alibaba technologies, in integration with the Indian market.

Following are the legal factors in the Paytm PESTLE Analysis:

Even though the company hasn’t operated for a long period it has faced significant amount of legal troubles in the market. One of the recent legal trouble faced by the company was when PayTm got involved into a legal tussle that challenged the postpaid wallet offering of the firm. The legality was questioned after a PIL was submitted to the court that stated PayTm payments Bank Limited was granted a payments bank license although the company wasn’t licensed for activities such as credit or loan disbursement. Therefore, the claims were made that the company’s postpaid wallet is illegal and contrary to the laws and regulations. The company had faced some issues before when PayPal had filed an infringement case against the company alleging that PayTm had copied the colour scheme of PayPal’s logo for their own logo. They further accused the company of using the first word as ‘Pay’ which was quiet similar to theirs.

In the Paytm PESTLE Analysis, the environmental elements affecting its business are as below:

The PayTm company has focused upon creating a huge impact by shaping the road to change the economic foundation of the country. Their intent is to provide support and empower smaller enterprises. They understand the importance of operating in an economic manner that is socially acceptable and environmentally friendly as well.

Their hope is to garner enough financial and the necessary support required for the disaster victims and the underprivileged. The PayTm company has participated in an ample number of programs to fulfill their responsibility towards the society such as donations to Bhopal gas tragedy, Independence Day Campaign for the future of India- Skill training of youth, Blood Donation Camp and many others. The company has an optimal amount of focus on reducing the negative implications of their operation on the environment.

To conclude, the above Paytm PESTLE Analysis highlights the various elements which impact its business performance. This understanding helps to evaluate the criticality of external business factors for any brand.