The political factors in the Samsung PESTLE Analysis can be explained as follows:

Political stability plays a major role in the success of an organization. A company thrives if the major political factors are conducive to its operations. Apart from facing some minor irritants in India, Samsung has faced political pressures in African and Latin American countries. Any country where the political environment is unstable and prone to volatile changes in the current government structure is prone to lead to business disruption and loss of business. Good trade relations between two countries is another key factor that has a direct impact on business. Recently, Samsung faced major drawbacks in its home country South Korea because of the country’s strained relations with North Korea. Currently the company operates in more than 80 countries and fear of terrorism poses another major challenge to the smooth functioning of the business. However, countries such as China and India present a favorable business environment to the company which helps it to exploit the market opportunities that such emerging economies present with them. 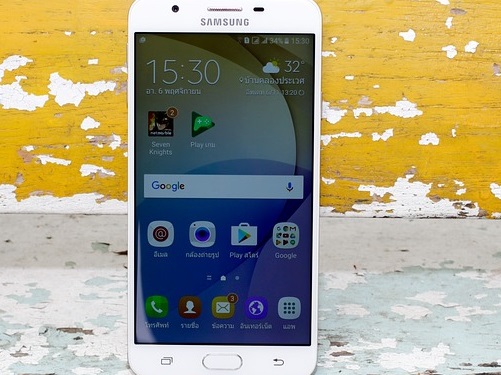 Below are the economic factors in the PESTLE Analysis of Samsung:

This forces a company like Samsung to expand profitable ventures in emerging nations. High volatility in the stock markets and constant fluctuations in exchange rates can have serious implications on the financial health of the business. Although Samsung did survive the crisis that hit Korean economy. The company earned around KRW 200.7 trillion, even when Korea was facing higher household debts. Even though such companies are affected by the economic conditions they also have an important impact on the economy as they recruit thousands of employees. Nevertheless, a low level of employment results in lower levels of disposable income in the hands of the people to spend on electronic devices.

This factor comprises of customs, traditions and practices that differ from one group to another. The difference in social status affects demand of the products as well as willingness of the people to work. Samsung has successfully incorporated its strategy of global thinking and acting locally. Even after expanding across a large number of countries, Samsung has had to customize its products according to the needs of the local customers. Rapidly changing consumer preferences can have both positive and negative implications for the business where it can affect one business positively and the other one negatively. Brands like Samsung have to take care of such socio-cultural forces when focusing strategizing their marketing efforts. Samsung’s smart phones and tablets have adapted well to the demand for large screen smart phone and mobile gadgets. At the same time its galaxy series has been quite popular across major markets. The company also acts in an ethical manner and accepts the fact that corruption can seriously have negative implications on the brand worth of the company.

The technological factors in the PESTLE Analysis of Samsung are mentioned below:

Nowadays, in order to communicate a unique image of its brand every brand is trying to harness the power of technology to its best advantage. Samsung, being a technology company has been able to drive innovation to its competitive advantage. The visionary company has ceaselessly launched innovative products in the market. The company also makes use of a variety of digital technology for marketing and establishing unique customer relationships. In the United States there is availability of well - developed cellular networks acts as a direct support for use of such mobile devices. Such infrastructure is critical for ensuring a smooth customer experience where data and voice transfers occur seamlessly without any delays. If a country experiences extreme weather conditions such as hurricane or storm it can easily disable network resulting in customer dissatisfaction. Besides, this the company invests heavily into the field of research and development.

Th extensive research blended with the expertise in the field of technology has made Samsung’s SUHD televisions a special attraction for the customers.

Following are the legal factors in the Samsung PESTLE Analysis:

Samsung has faced heavy penalties for imitating Apple’s iPads and iPhones. The act deteriorated brand’s perception and image in the minds of the consumers. The ugly legal battle which last for more than six years ended on righteous note for Apple, where they received whopping $790 million in 2012 and $120 million in 2017. Things took a sour turn for the company when its Galaxy Note 7 started exploding all over the world. 527 disappointed customers from South Korea filed a lawsuit against the company. The diseased customers were seeking compensation for the cost of exchanging the device and the psychological damage caused by using a dangerous phone. Sometimes it can be difficult to find its way out of the legal maze in developed nations pertaining to a variety of lawsuits. The company is also required to follow several employment and tax related laws, otherwise the brand might have to face serious repercussions. Noncompliance to rules can results in legal fines that can cause huge losses for business. Samsung has prepared a comprehensive framework of rules and regulations for staff and other areas of workplace.

In the Samsung PESTLE Analysis, the environmental elements affecting its business are as below:

With the rising concerns for sustainability, customers are holding companies accountable for their actions on the environment. Customers prefer brands that source their products in a sustainable manner and continuously focus on reducing their carbon footprint. Samsung has focused on reducing its energy consumption and managing risk associated with water consumption. The company has setup energy management systems at all workstations and has successfully monitored energy costs and indicators. Apart from that the brand has framed and enforced a management policy related to chemical substances. The company has established targets to significantly reduce greenhouse emissions throughout the life cycle of its products. They also have created a well-established framework for managing GHG emissions in product logistics, business trips etc. Aside from this they monitor GHG emissions of the supplier as well.

Samsung Electronics signed an agreement with Green Development and found ways to help Mombasa residents in Kenya. The firm supplied cook stoves fueled by bio ethanol to the residents of Mombasa, thus bringing a significant difference in their lives. The company has achieved significant milestone by reducing its energy consumption by 39% and accumulated greenhouse gas consumption by 243 million tons.

To conclude, the above Samsung PESTLE Analysis highlights the various elements which impact its business performance. This understanding helps to evaluate the criticality of external business factors for any brand.