The political factors in the Amul PESTLE Analysis can be explained as follows:

Due to favorable political factors, the Amul company achieved a growth of 11.35% across their operations units in Kolkata, Pune and Mumbai. The company focuses on developing long lasting relationships with their milk producers by ensuring that they pay them higher prices. The company has set its milk procurement operation in West Bengal under “Amul Pattern”. This has resulted in significant progress to the socio-economic conditions of the members of the producer’s community. In Maharashtra, Punjab and Gujarat the company has established and maintained new milk societies. The union has established milk societies outside Gujarat under “Anand Pattern”. They provide high quality feed and veterinary services  to the cattle owned by the milk producers of such societies. For the international dairy industry, the latest years have been quite difficult due to import and export hurdles faced in Russia. Lower demand for dairy products in Chinese market, other upheavals in European countries and product regulations leading to lower level of demand in Germany has proved to be a barrier in company’s growth. If the Amul company receives adequate support from the State as well as the Union level then by adopting latest technologies, they would be able to achieve one of the highest rate of procurement and progress the company name to a successful level. 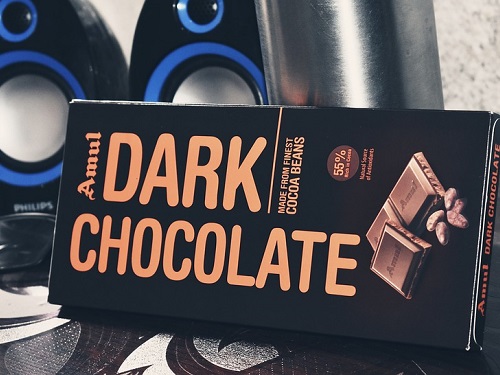 Below are the economic factors in the PESTLE Analysis of Amul:

In many countries Amul has received significant benefits in terms of lower milk procurement rates by almost 30 to 60 %.

This further benefits the company in terms of reduction in the price of its products such as milk powder and butter by 30%. The price of the milk powder in India improved substantially from Rs.130 to Rs.150 which affected the milk procurement prices by Rs.4 to Rs.5 per litre. The national as well as the international markets are facing recessionary conditions. Increase in transportation costs can significantly affect the ability of the company to deliver its products to the end consumer. In the year 2019 an increase of 11.24%, in milk procurement costs and an increase of 14% in Diesel costs lead to an increase in milk transportation costs for Amul. During the same year there was an increase in Interest and Bank Commission by approximately 10%.

The individual buying decision is mainly the output of social factors like culture and society. Friends, peer groups, families, reference groups can have a major influence on the consumption pattern and buying behavior of the consumer. Amul has taken advantage of these factors and has successfully targeted women and children. It has created a strong and vital presence in the dairy segment. Vegan lifestyle is being increasingly adopted by a large number of consumers. Increase in the number of vegans would negatively influence the dairy industry as the lifestyle itself doesn’t permit consumption of dairy products obtained from animals. The overall picture for the company looks in a beneficial position as the Indian households are more accustomed to morning tea and the people are in general more accustomed to milk and milk products. The culture of fast food also promotes a certain type of lifestyle that increases the consumption of ice creams.

The technological factors in the PESTLE Analysis of Amul are mentioned below:

Amul as global brand, understands the need to invest in different technologies and updating the current technology as well in order to capture as well as retain the current customers. The brand has invested 600-800 crore, in the current fiscal year for setting up new milk processing plants. The company has also invested in order to expand the capacity of the existing units as well. The entire industry in general in adapting to a variety of latest technology that helps in supervising the productivity of milking animals and dairy farmers. The idea is to identify any faulty practices and take corrective steps in order to meet the market demand.

The latest technologies are equipped with smart chips of unique identities that are tagged, which help such companies in registering the productivity and health records of individual animals.

Following are the legal factors in the Amul PESTLE Analysis:

The company has faced a lot of problems with regard to infringement malpractices adopted by the local players in the market. In 1998, Amul noticed that Naroda based Shri Shakti Dairy, was involved in manufacturing milk pouches under similar names to Amul brands. This was a distressing situation for the company as the names were quite similar with its own brand names “Amul Shakti” and “Amul Taaza”. The brands were being advertised by a firm. The private dairy was making use of similar packaging as well as brand name of Amul and selling them to the rural markets thus creating a confusion in the minds of the customers. The company fought a 20-year, long battle against the defaulters, finally winning the case from the private dairy. Such factors can disrupt the market of the products of the company by capturing the untapped potential and selling fraudulent products to such customers.

In the Amul PESTLE Analysis, the environmental elements affecting its business are as below:

Due to the effects of global warming that have been experienced by everyone, the company understands that it is their moral responsibility to protect the environment. The adoption of automization and the increasing use of modern technologies in its everyday processing activities like water, fuel, gas and electricity has resulted in substantial reduction in conservation of national resources. This has further led to savings in electricity and fuel. On 14th December, 2018 the company, by the government of India was awarded National Energy Saving Award for coveting the first position in Food Processing Sector for energy conservation.

The award has received 300 entries across India out of which Amul Dairy was declared as the winner of the award. Amul took an oath in 2007 to plant a sampling and ensure that the sampling grew into a tree. It encouraged farmers to create nurseries where samplings would be grown and the company has been able to create 45 such nurseries as of now.

To conclude, the above Amul PESTLE Analysis highlights the various elements which impact its business performance. This understanding helps to evaluate the criticality of external business factors for any brand.