The political factors in the Walmart PESTLE Analysis can be explained as follows:

Walmart being world’s largest retailer is subject to various political affairs. Walmart has constantly increased its Lobbying expenses over the past 2 decades. Its lobbying expenses rose from $2 million in the year 2000 to $15 million in the 2014. The company has also paid about $25 million in lobbying to enter the much attractive Indian market. This is done to influence the government authorities to make favorable policies for its business. In U.S.A., Walmart has consistently made it in the list of Top 100 political contributors. In the past, Walmart has also appealed to its workers to make contributions for the ‘Republicans’. In order to woo the public, Walmart in July 2018 openly took a firm stance on increasing the legal age for Gun license and Gay Rights. 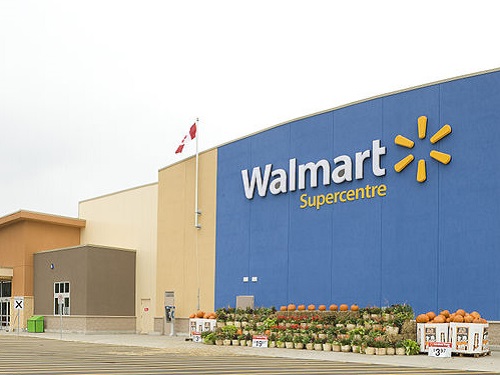 Below are the economic factors in the PESTLE Analysis of Walmart:

One of the important economic factors affecting Walmart’s performance is the “Labour Cost”.

Walmart has been infamous for its work culture and employee satisfaction. In order to improve its image, Walmart in 2015 decided to increase the minimum pay of its workers to $9 which caused a reduction in its revenues and profits. Recently also, Walmart decided give promotions to more than 230,000 of its employees which would have affected its revenues significantly. Apart from the labour Cost, the protectionist policies adapted by the U.S.A. government may also pose a threat to Walmart’s business. Walmart listed more than 26 items like Furniture, Air conditioners, Travel bags etc which are prone to get affected by the high tariffs set on Chinese goods.

With the rapid changes taking place in technology and the increasing use of digital platforms, people’s purchasing patterns are changing. The introduction of E-commerce has allowed people to shop from their homes and have detailed information about different products. This leaves retailers like Walmart at the risk of outdated selling techniques. Walmart is present in 27 countries and having more than 11,000 retail outlets, yet its E-commerce services are only limited to 11 countries. About 64% of the Walmart’s revenues are generated from its business in U.S. So, the company needs to cater to the changing demographics of the country. U.S’s population is aging and by the end of 2030, more than 20% of its population will be above 60%. So, the company should focus on shifting its focus to the older generation.

The technological factors in the PESTLE Analysis of Walmart are mentioned below:

Walmart has put a lot of efforts recently to keep pace with the technology. Walmart has come up with its mobile application. The application has plenty of features which improve customer’s shopping experience. Through the application, its customers will be able to keep a track of the different Walmart stores in their vicinity and what are the different types of goods they offer. The application will allow its customers to mark the items that they will purchase after going to the store. This will allow the people to go directly at the store without carrying a physical list. The company has also deployed a robot in 50 of its stores which keeps track of the stocks, the pricing among other functions.

It has also improved its operations by making use of an automated system “Fast Unloader” for the unloading of goods and Inventory management.

Following are the legal factors in the Walmart PESTLE Analysis:

Walmart has always been in news with fresh legal charges and complications at its disposal. One of the major legal complications which Walmart has timely been a part of is Gender Discrimination against Women. Although in 2011, Supreme Court of U.S. gave a ruling in favour of Walmart regarding the Gender Discrimination Case, but again it has become a part of litigation. Some women have come out with complaints regarding ‘being devoid of any promotions’ and ‘pay bias’ at the time they worked. In 2015 as well, there were also allegations claiming Walmart not granting their employees sick leaves and in some cases those employees also ended up getting fired.

In the Walmart PESTLE Analysis, the environmental elements affecting its business are as below:

Walmart is taking considerable measures in the direction of Sustainability. It has set its own goal of using 50% of the energy required for its operations from the renewable sources by 2025 and has also claimed to implement it upto 28%. It is also working to reduce its landfill waste and claims to have changed the course of 78% of its waste from the landfills. The Project ‘Gigaton’ aims to decrease the toxic emissions by 1 Gigaton by the year 2030.

But there are reports which claim that no or very less work has been done in this aspect. According to those reports only 4% of the energy required at Walmart is generated from renewable sources. In order to win its customers hearts, Walmart must be able to walk the talk.

To conclude, the above Walmart PESTLE Analysis highlights the various elements which impact its business performance. This understanding helps to evaluate the criticality of external business factors for any brand.