The political factors in the Apple PESTLE Analysis can be explained as follows:

Apple is an American company which has generated strong revenue growth and has accumulated a large amount of cash. More than half of its sales have been reported from countries other than America. China is the major manufacturing country of Apple products as they are produced at a very low cost. A major political issue is the alarming trade war between the US and China that may impact Apple’s sales revenue and market share in China and thus it creates a risk for the company’s potential growth. So if the US tariffs will increase on Chinese import into the US then the Chinese government will also impose heavy taxes on Apple products. Finding alternatives other than China for manufacturing will increase the cost of Apple Products thus it will overall decrease the sales globally. Apple is the preeminent taxpayer in the world and any political issue will influence its overall commercial performance. With Brexit and a new government in USA coming into picture, the apple trade can be impacted. Pandemic across the world has also led to an effect on the political factors. 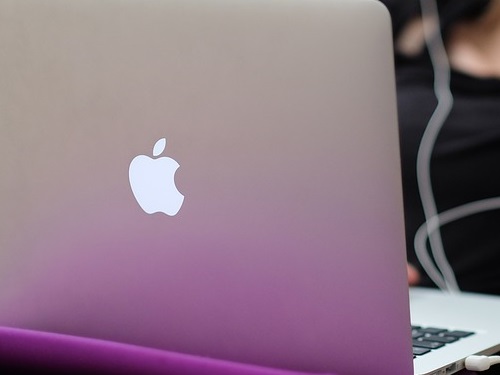 Below are the economic factors in the PESTLE Analysis of Apple:

Some of the important opportunities for Apple's expansion are: Economic Stability of developed countries, Rapid economic growth of developing countries and the increasing disposable earnings among target consumers. However while exploring all the economic opportunities it is essential to keep in mind all the competitive forces of the international markets. These outside strategic determinants symbolize growth potential for the corporation and its competitors, especially large multinational firms like Samsung and Huawei. Apple products are premium products so the target audience is mainly high-end customers. Thus due to premium pricing policy, it is facing challenges to penetrate in the Asian market which has higher growth rates and great opportunities for a tech brand like Apple. A strong US dollar could increase exchange rates, which makes it more costly for Apple to do trade in many of the principal markets like Europe and China. Also due to pandemic across the world, the economies have suffered and there have been job losses across the world. Given the high price point of Apple products, this would always be an important factor.

Consumer behaviors and expectations are affected by social external factors. Apple’s business is subject to the effects of social or socio-cultural trends thus this will cover aspects of such trends. There are few socio-cultural trends which are majorly significant for Apple's business. Starting with the rising use of mobile devices which is one of the great opportunity to increase Apple's revenue and sales. In this era, the world can not be imagined without gadgets, mobile devices, smartphones, tablets, thus Apple has recorded its ubiquity all over the international markets. Now the next trend which affects the socio-cultural aspect is progressing necessity on digital systems, this is also an opportunity for Apple which leads to more sales based on the increased demand. The purchasing potential of the common man has risen all over the globe so Apple's luxury products' sales have also risen. Apple products are more of a status symbol for many societies, so this mindset has also raised its sales. Despite so many opportunities, there is a social threat which Apple faces of opposition against its business operations. Because of the rising challenges in business disciplines, like some external repair service, Anti-Apple sentiments are arising. Moral worries about Apple's assembling in China could restrain its items' allure among socially-cognizant buyers.

The technological factors in the PESTLE Analysis of Apple are mentioned below:

To analyze business opportunities and threats current technologies and technological advancements are assessed. One of the important factors is increasing technological integration on business which presents a growth opportunity for Apple by extending its technology services to more customers and institutions. But technology has a very short lifespan, thus Apple needs to update its products more often so that it can beat its competitors easily. Many high-value technological products are offered at an affordable price by Apple's competitors which affects the brand image and eventually the financial performance of the company. For example, bands like Lenovo kept up their place in the PC business while Apple lost it. It is a consequence of these contenders who are giving innovatively propelled items at low costs. Now another major opportunity for Apple is the expanding demand for cloud computing, building up an extended cloud framework could expand the benefit of the business in offering cloud-computing services.

Apple invests largely in product research and development, thus manages to rank on top in the new innovative products ranking.

Following are the legal factors in the Apple PESTLE Analysis:

Legal factors analysis shows the influence of law and regulations on the company. These are the factors which can create a threat to the company if not followed. So the agreement is necessary otherwise Apple can face lawsuits which will result in bad brand image. In this digital age adhering to privacy regulations is very important and thus the government is also putting pressure on the companies like Apple. So this is a threat for Apple which results in costly supervisory requirements and more difficulties for those products which deal with private information. Apple has introduced 'Apple Pay' and entered into a highly monitored financial service sector which could increase the control and government overlooking it faces. Apple relies upon a variety of products covered by intellectual property laws, for example, software and music, for major of its revenue. This leaves the organization profoundly vulnerable against both privacy and suit.

In the Apple PESTLE Analysis, the environmental elements affecting its business are as below:

This aspect highlights environmental trends and their consequences on the business. Apple manufactures the majority of its products in China where environmental side effects are a great concern and can influence manufacturing costs and regulations shortly. Apple is producing more energy-efficient products like batteries, processors and other types of equipment which emits less heat, thus it has started working for new technological solutions. Business sustainability trend offers the opportunity to strengthen the companies corporate image. Apple is relying upon huge internet infrastructure that can result in an increment in the cost of electricity in the near future. Apple takes a thorough approach to environment responsibility from reporting the entire carbon footprint to finding ways to reduce it. Apple properly disposes of its electronic equipment at the end of its useful life.

The biggest issue faced by Apple is the disposal of non-working electronic devices which contain lithium batteries and the expense of disposing of them could be very high, and such devices can't be dumped in landfills so Apple could be compelled to bear that expense. Apple has now stopped providing charger with newer devices. It may have a positive impact in reduction of environmental wastes but at the same time can impact business.

To conclude, the above Apple PESTLE Analysis highlights the various elements which impact its business performance. This understanding helps to evaluate the criticality of external business factors for any brand.