The political factors in the Nestle PESTLE Analysis can be explained as follows:

According to recent reports, Nestle operates across 190 countries and thus several political factors affect the day to day operations of the organization are many. A major task that the organization needs to perform is to keep a track of the various changes that are made in the various policies related to import, export, taxation, environmental regulations, etc. in these countries. These changes may sometimes be in favor of the organization, but sometimes are major bottlenecks to production in certain countries. For. e.g. The change in labor laws, which prohibit/shun the use of child labor in cocoa farms are getting stringent, which according to reports will affect the operations of the company indirectly. Multinational companies like Nestle, perform well when the global scenario is stable. An unstable phase happened during the Brexit period, where Nestle faced a high-pressure situation. The situations forced the company to rethink its decision of continuing in the country, in fact, the giant even thought of relocating to a new region such as Poland. When such a move will happen, it will leave behind a lot of people jobless, further creating a tensed environment. When certain food regulations change, the organization must undergo rigorous brainstorming and extensive testing to recreate the product in newer forms and still meet customer demands. This was witnessed in the case of Maggi, which has resurfaced with the same issue of lead content being present in it. A positive for Nestle happened when India reduced its corporate tax in its latest budget. This gives the group an advantage to produce more and better-quality products at a lower cost and serve the society better. 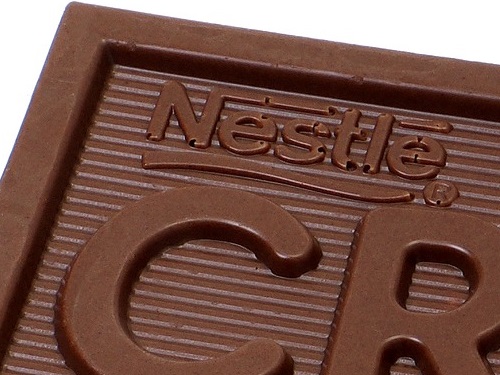 Below are the economic factors in the PESTLE Analysis of Nestle:

With the Nestle group operating across multiple countries, it becomes a mandate to create various economic policies, relating to the economic conditions prevailing in that country.

With affordability being a major factor, providing quality foods for all in a market where the prices of the raw materials keep fluctuating due to various political and environmental factors is a major challenge. The cost of the raw materials for Nestle has been increasing, with trade wars continuing between China and the US creating further unrest between suppliers. The lower rise in disposable incomes, posed by the difficulty of producing and supplying quality food for the same price is a major hurdle. With deflationary period continuing across Western Europe, there was a 0.7% decline in pricing. Such situations are common when the rate of the exchange rate of currency drops or increases or there is some political unrest in the region. Nestle has taken various initiatives to promote local-level production of raw materials to increase the efficiency of the various agricultural sectors across its countries of operation. With the US and China being its major markets, improved economic activity in this region will lead to better performance as well as higher sales and profits.

Any company that works on such a large scale, gets affected by even the slightest change in trends created by the consumers. Working towards trends related to improved health, the group has decided to work on products with low sugar, sodium, and saturated fats. The Group has policies, processes, controls and regular monitoring systems that ensure high quality products thus preventing health risks arising from handling, preparation, and storage throughout their value chain. The success of the Nestle depends on their ability to anticipate the needs of the customer, and be able to offer high quality, competitive, relevant and innovative product. In context to growing awareness among the millennial generation regarding sustainability, the group has inaugurated the largest ground-mounted solar plant in UAE. With increasing concerns regarding the consumption of canned and precooked food, the company has strived to eradicate these beliefs by investing into research and development, so that a scientific basis can be created through which the public can be convinced. In context to satisfying the growing customer demand, the group decided to role out custom made Nestle KitKat in the UK market. With continuous efforts like these to keep everything and everyone covered, Nestle is working towards a brighter, more profitable and innovative future.

The technological factors in the PESTLE Analysis of Nestle are mentioned below:

The Nestle group believes in the integration of digital solutions, services, and models, both internal and external. With increasing cyber-attacks disrupting the reliability, security, and privacy of data, a contingency plan needs to be developed to avoid major mishaps while trying to expand into the digital segment. With real-time data being proposed for water quality, the company has invested in a start-up to turn this dream into reality. With real-time data of its water use, its operations will become more efficient in terms of water consumption. With trials undertaken in using blockchain for better transparency between the consumers and the group's supply chain, Nestle is willing to change the way the game is being played. Implementation of various portals, to check the nutritional information of its various products, Nestle has partnered with various governments. In the United States, Nestlé has joined the SmartLabel® transparency initiative, and provides online information about nutrition, ingredients, and allergens for around 87% of its products.

With such innovative ideas and dedication towards making life better for people, Nestle is proving to be a trendsetter as well as a go-getter in the field of technological advancement.

Following are the legal factors in the Nestle PESTLE Analysis:

The legal requirements across various countries need to be analyzed and complied with accordingly. A team of experts needs to be in constant check for compliance related to the changes brought about. The laws related to health and safety of the employees, quality and hygiene of its products and labor laws established in different countries need to be followed. Apart from these, trademark and IPO rules need to be kept under constant watch, along with environmental laws. A major issue that the company has faced over the years, is preventing its unique chocolate designs from other competitors. A case that surfaced was when Nestle was denied legal protection in Europe for its one of a kind wafer chocolate KitKat. Though not in Europe, Nestle has managed to secure a trademark for the KitKat shape in countries including Australia, Canada, and France. Nestle has been facing the heat in India for supporting research for breast milk substitutes which is proclaimed to be against the local as well as international laws. These cases make it very critical a segment that Nestle needs to keep a tab on. Once a legal compliance is violated, the entire group faces the shame of it.

In the Nestle PESTLE Analysis, the environmental elements affecting its business are as below:

Nestle believes in creating shared value and strive for zero environmental impact via its operations. The group's efforts to reduce the use of plastic in its products and their target to make 100% recyclable plastic in all its packaging material is a major feat towards environmental sustainability since its one of the four major groups that are responsible for production of 6 million metric tons every year. With major countries moving towards sustainability, the need to keep a track of all these changes across its various countries of operations is primal. If any of these policy changes are missed the group faces major setbacks. This fact was evident when Nestle was suspended by RSPO when it failed to submit palm oil sustainability reports. Nestle group's efforts, though not completely bleak are seen as a part of their annual review.

The report boasts a 2.6% reduction in indirect greenhouse gas emissions per tonne of product produced, along with 293 companies claiming zero-waste production. The group proposes to be developing plant-based offerings and promoting sustainable nutrition worldwide. A major project that they have undertaken is to promote water efficiency and sustainability across the various operations as well as promote these policies and stewardship.

To conclude, the above Nestle PESTLE Analysis highlights the various elements which impact its business performance. This understanding helps to evaluate the criticality of external business factors for any brand.