The political factors in the Puma PESTLE Analysis can be explained as follows:

Puma is a leading global sports goods & apparel company having a global footprint. For a company to work hassle free in any country, it has to maintain a healthy relationship with the government. Puma is spending a huge amount on lobbying so as to create a positive image in government circles. Recently Puma has sought permission from the Indian government to operate their own e-commerce portal as the government has allowed the single brand overseas retail to sell online in India. This move by the government presents the opportunity for the Puma to sell its product through its dedicated online portal. Online shopping is the new rage and if government allowed Puma to open up Puma’s own portal, Puma will reap the benefit of changing trend among Indians. 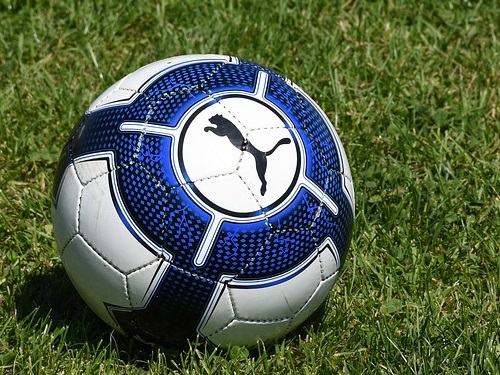 Below are the economic factors in the PESTLE Analysis of Puma:

The condition of the economy, its GDP, per capita income and inflation rate affect the business of the Puma.

In china since the labour is so cheap, it becomes very easy for Puma to manufacture its goods there and export it to different countries. Material cost is also an important factor needs which affects Puma business as high material cost will increase the price of the product and sales could decline. If the financial condition of the people is good, they can purchase the Puma products easily but, in many countries, where condition is not so good, many people purchase duplicate products of Puma like Poma, Pumo, Pamu, etc instead of the original ones and it drastically reduces the sales for Puma.

Nowadays, people are becoming and more health conscious. Now people are participating in sports activities or outdoor activities to keep themselves healthy. This brings a lot of opportunity for Puma to expand its market in sports shoes, apparels and sports gear. It also opens up the opportunity for Puma to venture into the new market of energy and health drinks. Increased participation in workforce and sports activities also increased the demand of Puma products. As the people are becoming affluent, they have developed the desire of purchasing branded products and since Puma is known for its quality products, sales of Puma are increasing rapidly. Moreover, people idolize star athletes and when Puma ropes in Usain Bolt and Sergio Aguero as its brand ambassador, it has bagged a lot of fans of these stars in its pocket.

The technological factors in the PESTLE Analysis of Puma are mentioned below:

Puma is working really hard to bring in innovation in its sports shoes brands. It is spending huge amount in its research and development. Recently it launched IGNITE which is a performance running shoes featuring innovative foam technology that maximizes energy return to keep the person running longer. In 2019, Puma launched Puma Fi, short for “Fit Intelligence”. There is a module on shoes tongue swiping which the wearers foot will automatically fit in the shoes.

The shoe can identify the shape of the wearers foot and adjust accordingly for maximum support.

Following are the legal factors in the Puma PESTLE Analysis:

Any company is always prone to violation of legal laws. Puma is no different. Puma has 127 factories worldwide of which 122 are located in Asia, two in Europe and three in America. so, it has to follow all the rules and regulation of the countries in which it is operating. In 2018 Nike has filed a lawsuit against Puma for patent infringement. Nike alleged that Puma has used its technology without its permission. Nike says that Puma is using its Flyknit, Air and cleat assemble technology without its permission and demanded that Puma with immediate effect cease to use its technology.

In the Puma PESTLE Analysis, the environmental elements affecting its business are as below:

Climate change is bringing awareness in consumers and now they want the products which is not only affordable, aesthetic and best quality but also which is environmentally friendly in one way or other. Every major companies of the world have focused on providing quality goods and services while achieving sustainability. Puma became he first company in the world to put a value on the eco services it uses to produce its sports shoes and clothes.

It has published an economic valuation of the environmental impacts caused by greenhouse gas emissions and water consumption along its supply chain. Now the company will know what value of environment damage it is doing while producing it products. Puma has launched Incycle basket shoes and biodegradable cotton t-shirt that cause 31% less environmental impact than the conventional ones.

To conclude, the above Puma PESTLE Analysis highlights the various elements which impact its business performance. This understanding helps to evaluate the criticality of external business factors for any brand.