The threat of new entrants in the Puma Porter Five Forces Analysis can be explained as follows:

High investments are required to design, develop and distribute sportswear on a scale as large as PUMA. Economies of scale are moderate plateauing after a reasonable volume is reached. PUMA developed relationships with retail partners and they accounted for 73% of its sales in 2020. With increased sales through e-commerce, PUMA is investing in multi-channel distribution centres capable of catering to all the channels.

Access to these distribution channels will be a barrier

However, there has been a rise of companies catering to niches customer needs. They outsource manufacturing to Asian countries or other geographies that have cheap labor. They typically distribute online, either through their website or a through a third-party platform. Government regulations for these entities are also limited.

Despite the internet, the advantage of brand recognition and customer loyalty that PUMA has fostered will be difficult to best. 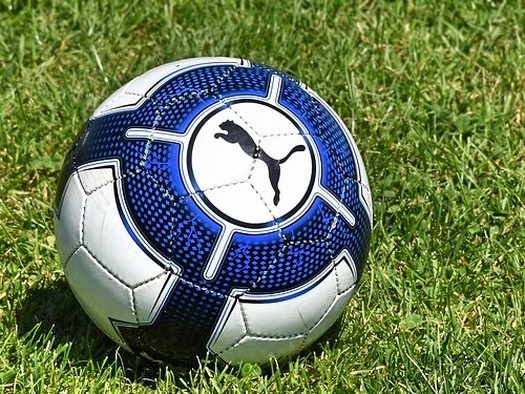 Below are the threats of substitute products of Porter’s Five Forces analysis of Puma:

Puma's investment in research has led to the development of proprietary technology that they have leveraged to enhance their offerings' functionality and fashionability.

Functionality such as those offered by Puma's NITRO, HYBRID and XETIC technology in running shoes are difficult to substitute by shoes of other types.

This aspect is probably most important for a professional athlete and is difficult to substitute.

The style and look aspect, however, is easily substitutable.

People consider owning these products a status symbol and are willing to pay a premium for similar products, motivating multiple cheaper brands to release collections with identical color themes.

Replicas of branded sportswear are in great demand too. According to the Smart Brand Protection consumer research study, 44.2% of respondents had knowingly or unknowingly bought counterfeit sportswear online.

PUMA will have to update its technology and designs constantly to avoid being copied.

In the Puma Porter Five Forces Analysis the bargaining power of the customers can be explained as:

The individual buyer has limited power due to the low volume of purchases, but they can easily switch to other brands.

Popular professional athletes, on the other hand, have considerable power.

PUMA deals with both established and upcoming retail chains. Some of them have pockets deep enough to develop their own clothing brand, effectively replacing PUMA's apparel. However, they risk losing customers who prefer PUMA over other brands and will avoid visiting the retailer's store if PUMA is unavailable.

This will depend on the strength of PUMA's location of the store, brand recognition and customer loyalty.

Following is the bargaining power of suppliers in the Porter’s Five Forces analysis of Puma:

Puma's 222 suppliers manufacture 90% of its products. Asia accounts for 96% of the total volume with Vietnam, China and Bangladesh being major contributors.

Agreements are made with multiple manufacturers who in turn own several factories.

PUMA Group sourcing (PGS), manages all sourcing related activities for PUMA, including vendor selection, product development, price negotiation and production control. The supplier portfolio is regularly reviewed and adjusted to avoid creating a dependence on individual suppliers and sourcing markets. Regular audits are conducted to make sure the code of ethics is followed in the facilities.

This proactive and partnership approach by PUMA helps keep supplier power in check.

Many manufacturers can try to launch their own clothing brand making forward integration a real threat. Once the previously manufactured inventory is sold, they can switch to other competitors without incurring much switching costs. The huge volume of clothing PUMA buys makes them an important customer for the manufacturers and balances the power of suppliers.

The impact of key competitors in the Puma Porter Five Forces Analysis is as follows:

The consolidation of sales (~62%) increases competition.

Each company's products are also comparable, and consumers can switch between them without incurring any additional costs.

This increases rivalry in the industry.

The cancellation of major sporting events in the wake of the COVID 19 pandemic has impacted the sale of sporting goods. Despite this setback, the industry is slated to grow from 353.5 billion USD in 2020 to 439.2 billion USD in 2026.

This will provide avenues for growth for all the companies decreasing rivalry.

To conclude, the above Puma Porter Five Forces Analysis highlights the various elements which impact its competitive environment. This understanding helps to evaluate the various external business factors for any company.