The threat of new entrants in the Netflix Porter Five Forces Analysis can be explained as follows:

The main USP for any streaming platform is the content. The cost of creating or licensing any new programming is high, and so are the risks involved. Also, Netflix, a top platform, is in a unique position to negotiate with the creators, an advantage a new entrant will not.

Though not as regulated as traditional movies, the Netflix original content is also subject to strict checks to control inappropriate content. There have been some issues with local regulators on the content.

The Netflix Recommendation Engine saves Netflix about a billion USD a year and is highly effective in keeping viewers hooked. This proprietary technology is difficult to build. Netflix has built a lot of trust over the years in the market and within the customers. it seen as a premium content provider through its originals.

Economies of scale are negligible. Access to distribution channels has been made easy with the advent of the internet. 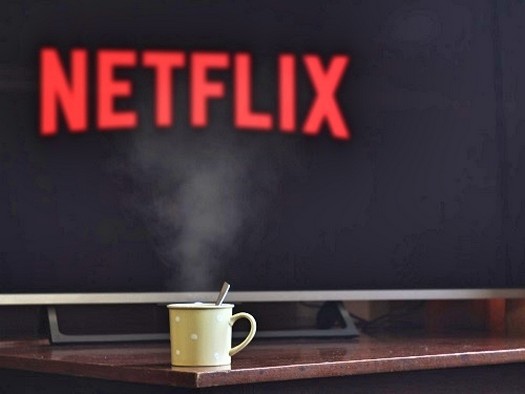 Below are the threats of substitute products of Porter’s Five Forces analysis of Netflix:

The entertainment industry has evolved with the increasing penetration of technology.

Theatres were by followed DVD rentals, and now it is streaming. Social Media and Gaming are shaping into tough contenders to Watching Movies. Deloitte's 2021 Digital Media Trends survey says that Genz prefers listening to music, Social Media and video games while watching movies is still the favourite for older generations.

On average, adults spend 8.45 hrs per week playing video games, and the gaming industry is projected to grow to $270 billion by 2025. Microsoft recently acquired Activision for nearly $70 billion, intending to build a streaming platform for games.

Spotify, which offers personalized music suggestions, crossed 1 billion downloads in May, 2021 and has 232 million active users.

If this popularity of other entertainment channels persist, Netflix will have to face the threat of substitution. Gaming is a significant threat as the advent of AR and VR allows the user to engage in ways not possible for movies.

In the Netflix Porter Five Forces Analysis the bargaining power of the customers can be explained as:

Netflix's revenue is primarily dependent on the number of monthly subscribers.

At the end of every month, each consumer has the freedom to discontinue the service without any consequence. The availability of multiple other sources of entertainment increases the power of customers.

Netflix is fighting this by providing unique content through Netflix Originals like "Stranger Things" and "Money Heist". Its 2021 Oscar tally of 7 awards, the highest for any single distributor, highlights the quality of its content. So far, they have been successful, maintaining a low churn rate of 2.4%, as shown by a recent study by Antenna.

Most customers re-subscribe or return after a few months.

Following is the bargaining power of suppliers in the Porter’s Five Forces analysis of Netflix:

1500 originals since 2013 and nearly 58% subscribers say that access to originals is the reason. Netflix is still highly dependent on licensed content like "Friends" and "The Office" which was the most streamed show of 2020. These wars on streaming rights have proven costly for Netflix.

Netflix reaches the customers through many internet-connected devices, including Smart TVs, TV set-top boxes, streaming devices like firestick and mobile devices. This infrastructure plays an important role. Netflix enters into agreements with TV manufacturers for the Netflix button on remotes.

The impact of key competitors in the Netflix Porter Five Forces Analysis is as follows:

Amazon Video, Disney plus and HBO Max plus are the major competitors, and each has over 100 million subscribers.

The Office and The Friends are Netflix's most popular shows. It lost the rights to stream them when WarnerMedia, which owns "Friends" started "HBOMAX" and Comcast, which owns "The Office" started "Peacock Premium". These wars on streaming rights have proven costly for Netflix.

Consumers switch between subscriptions each month, based on the content they are interested in. The lack of switching costs increases rivalry.

This fast growth will give opportunities for the companies to exploit and balance in the rivalry in the industry.

To conclude, the above Netflix Porter Five Forces Analysis highlights the various elements which impact its competitive environment. This understanding helps to evaluate the various external business factors for any company.