The threat of new entrants in the Toyota Porter Five Forces Analysis can be explained as follows:

The threat of new entrants is low to moderate for Toyota as the barriers to entry are very high. Some of the obstacles can be listed down as the technological needs as well as the considerable capital required to set up a factory. For any new entrant, the cost of making the first vehicle or the prototype would be very high. It is a very capital-intensive job. Having 8.9% share in the international market Toyota has a very strong market position.

With the emergence of electric vehicles, the threat of new entrants has become moderate. Still, Toyota has also innovated its own electric cars and is using this opportunity to ensure that it also utilizes the innovation to gain more market share.

Given the fact the barriers of entry are high, and Toyota has a significant market share, we can confidently say that the threat of new entrants for Toyota is moderate too low. 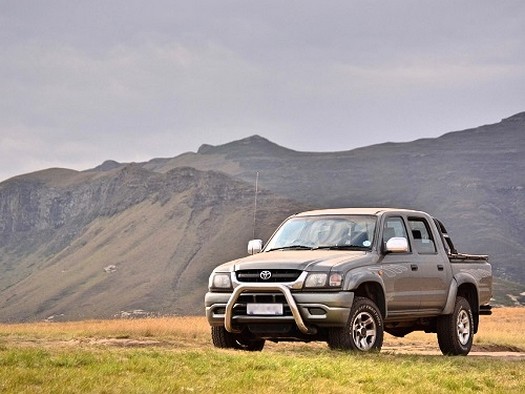 Below are the threats of substitute products of Porter’s Five Forces analysis of Toyota:

The threat of substitute in the 4 Wheeler market is moderate, with several innovations like electric vehicles, electric two Wheelers, and the work from home culture during the pandemic has shown Toyota that people are moving towards a more remote working situation where the need for 4 Wheelers is reducing, especially with the concerns of several nations regarding the carbon emission and the promise of very several countries to become carbon neutral by 2050 has posed a significant threat.

As one may not realize, but with the work from home culture becoming a norm these days, apps like zoom and Google meet or one of the major competitors of the 4-Wheeler market because the people no longer need the 4 Wheelers to travel to their offices.

But the dependence of people on the 4-Wheeler is still high.

The change will not be a sudden one, but a gradual one, and Toyota are planning to ride this wave of change and innovate itself into a newer and better organization.

In the Toyota Porter Five Forces Analysis the bargaining power of the customers can be explained as:

The bargaining power of customers in the 4-Wheeler market is moderate to high; with the emergence of several substitutes like two Wheelers and electric vehicles, the customers have started to pressure the organization into reducing their price and adapting to more sustainable practices.

Toyota understands this and ensures that it targets a niche audience and fulfills a set of needs that no other competitor is currently addressing.

Hence after considering all the factors, we can say that the bargaining power of the customers in the 4 Wheeler market segment is moderate to high for Toyota.

Following is the bargaining power of suppliers in the Porter’s Five Forces analysis of Toyota:

The bargaining power of suppliers in the industry is moderate, as the world’s second-largest car manufacturer Toyota must deal with several kinds of vendors; for example, to buy several components for the cars, Toyota has to deal with 200 different vendors in Japan only.

To ensure an efficient supply chain, Toyota has integrated several vendors into the company itself but still deals with some of the 3rd party vendors.

Toyota has to deal with several of its vendors, for example, Tesla and General Motors, which provide its engines and the infotainment system that it uses in the car, being the second biggest car manufacturer, the vendors usually do not negotiate a problematic deal, however, to ensure that the quality of the product they are making is constant they have to provide the raw material.

The components are of the same quality.

The supply chain of any manufacturing industry is vital, and hence the bargaining power of suppliers is moderate in the case of Toyota.

The impact of key competitors in the Toyota Porter Five Forces Analysis is as follows:

The competitive rivalry in the car manufacturing and four Wheeler industry is relatively high, with several players trying to capture more and more markets by innovating and designing new cars.

With several new government norms, such as trying to be carbon neutral, the industry has to go around many changes, especially after the introduction of electric vehicles, as the cost of shifting between companies is moderate, the customers have an option to switch brands hence it is vital that each brand has its own offering that is different and distinct from its competitors.

Being the second largest 4 Wheeler manufacturer, Toyota has the upper hand over its competitors; even though the competitive rivalry in the industry is relatively high, each brand has its own niche market that it targets.

With new emerging technologies and competitors fighting for more and more market share we can safely conclude that the competitive rivalry in the 4 Wheeler market is moderate to high for Toyota.

To conclude, the above Toyota Porter Five Forces Analysis highlights the various elements which impact its competitive environment. This understanding helps to evaluate the various external business factors for any company.