The political factors in the Toyota PESTLE Analysis can be explained as follows:

Toyota has manufacturing units in 28 countries and sells its product in nearly 170 countries. The political stability and policies of these countries are very important for the Toyota. Moreover, the relationship of Japan (where it is originally belongs) with other countries is also very important for it. Japan has disputes with china over a lot of matters and that’s why china sees any japan products somewhat negatively. It has a negative impact on china as china is one of the largest car markets in the world. Toyota was considering in 2014 to expand its market in Thailand in 2014 but the political turmoil there affected it position to move forward its plan, so it decided to scrap its expansion plan. In India when the government announced demonetisation, there was a shortage of cash in the market, many businesses shut down and economy took a hit which reduces the demand of cars significantly. In fact, from the last 13 quarters, automobile sector is very little growth. 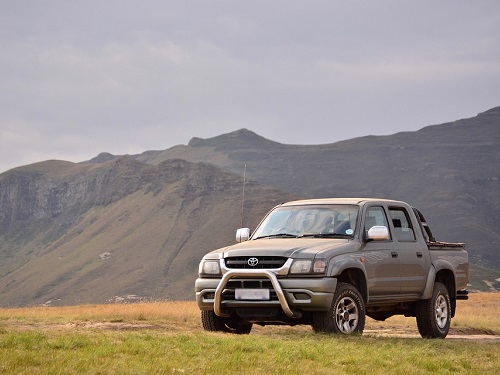 Below are the economic factors in the PESTLE Analysis of Toyota:

Any economy’s GDP, its per capita income, purchasing power and inflation significantly affect the company’s performance.

Recently, US president Donald Trump has asked the Japanese government to negotiate deal with US so that its automobile industry can be protected. If the deal is made then it would be a huge blow for Toyota which is the largest Japanese car selling company in US. Trade war between China and USA has also significantly impacted the sales of Toyota. Trade war between these countries led to slow growth in their GDP’s which ultimately affected the demand of car in these countries. Increase in oil prices can force customers to purchase cheap cars or cars having great fuel efficiency. Since 2011, Malaysian government make more than 100 exemptions regarding the electric vehicles which provides the great opportunity to Toyota to make fully electric cars which until now is making hybrid cars.

Consumers today are more environment friendly and they are demanding cars which is not only cost efficient but also more energy efficient. Environment friendly cars is becoming new trend in the market. For customers the safety feature in the car is very important, but Toyota recently faced a backlash from consumers when several Toyota cars goes out of control due to faulty pedals and acceleration. Many customers stared seeing the brand negatively and its sales dipped afterwards and it took a lot of effort from the company to again gain the customer trust. In India, Toyota is famous for its Innova car which is a great choice for long trips. Knowing that most Indian families are joint families it launched Toyota Innova with features suitable to Indian conditions. It also keeps the price of the car very low keeping in the mind the price conscious consumers in India.

The technological factors in the PESTLE Analysis of Toyota are mentioned below:

Technology nowadays are changing at so rapid pace that companies regularly have to update themselves to stay in the market. Better the brand technology, higher the chances of its success. Toyota follow the kaizen principle which focuses on continuous improvement. Toyota is the first company in the world to launch a hydrogen car.

It is continuously working towards finding alternative fuel cars which could be more efficient and environment friendly.

Following are the legal factors in the Toyota PESTLE Analysis:

Toyota faced a lot of heat when it has to recall its cars due to faulty acceleration. It faces a class legal action for it and forced to pay 1.2 billion dollars in settlement of the dispute. Toyota in 2019 lost a battle of trademark infringement of its Prius tag. In 2009 it filed a suit in Delhi high court claiming that ‘Prius Auto Industries’ infringe its Prius trademark, but high court found that ‘Prius auto industries’ acquired the right to use ‘Prius’ trademark in 2002, while Toyota launched its hybrid section in 2010 only.

In the Toyota PESTLE Analysis, the environmental elements affecting its business are as below:

Sustainability has now become an important part of planning and strategy by companies.

To conclude, the above Toyota PESTLE Analysis highlights the various elements which impact its business performance. This understanding helps to evaluate the criticality of external business factors for any brand.