The political factors in the BMW PESTLE Analysis can be explained as follows:

BMW is one the leading luxury car manufacturers of the world. There are two major political factors which have recently affected BMW. Firstly, the escalation of the trade war between U.S.A. and China. And, secondly, the rising political uncertainty in the Europe largely because of Britain’s decision of taking an exit from the European Union. Since, higher taxes were imposed on the goods traded between U.S.A. and China; it weakened the stock markets and hence causing a decline in the stock prices in the automobile industry. Apart from the trade tension between the two countries, higher duties were imposed on U.S.A. on the import of Steel and Aluminum by the European Union. Also, Brexit i.e. Britain’s exit from the EU can have a negative impact on the company as it will increase trade restrictions causing increase in the costs and decrease in the volume. Moreover, the increase in trade restriction by U.S.A. can also cause the other countries to increase their tariffs on the goods traded with U.S.A. This can cause a decrease in the vehicles exported from the U.S.A. which will affect BMW negatively. 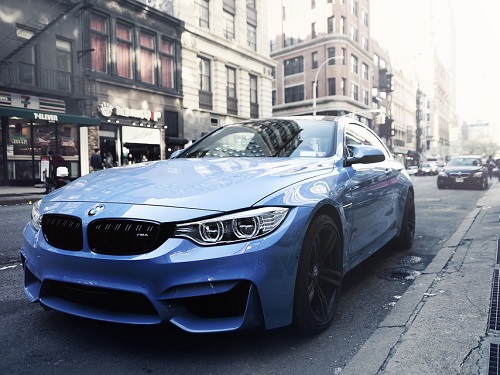 Below are the economic factors in the PESTLE Analysis of BMW:

Apart from the European Union, a major chunk BMW’s revenue comes from China and The United States of Nation.

So, any uncertainty prevailing in these countries can adversely affect BMW. The increased investment done by BMW for the electrification of their drivetrain systems (which is responsible for providing power to the wheels) can increase its costs significantly. Also, the company aims to expand its production centers. Due to these factors, the company expects a significant reduction in its profits before taxes from 10675 million Euros to 9815 million Euros. Due to the recent investments, BMW’s Return on capital Employed (ROCE) in 2018 has also decreased as compared with 2017. Another point for concern for BMW is that the automobile sector is not expected to grow in 2019 as well. U.S.A. and China are likely to observe a negative growth i.e. 1.6% & 2.4% respectively.

The BMW Group has a presence in more than 140 nations. The BMW group has 3 divisions i.e. the automotive segment, the motorcycles and the financial services. A major chunk of BMW’s revenues come from its automotive segment with all its brands catering to the premium segment. BMW is focused on increasing its customer satisfaction. Apart from increasing customer satisfaction from its vehicles itself, BMW aims to provide extra services to improve their experience. The introduction of its BMW CarData service has allowed its customers to get services as per the requirements generated from the data captured. The Cardata service, thus, provides its customers with tailored solutions. BMW’s Mini makes use of the service “BMW Connected” to enhance its customer’s experience.

The technological factors in the PESTLE Analysis of BMW are mentioned below:

BMW Group realizes the importance to integrate technology in its vehicles and also in the services that it provides. BMU has opened an Autonomous Driving Campus in Germany recently which will be a facilitator in designing of the automated vehicles. The Campus has created around 1300 jobs for the people belonging to the IT sector. With the help of these people, BMW aims to explore technologies like artificial intelligence and integrate them in its solutions. Also, a new facility has also been opened in Beijing, China. Apart from the automation, this facility will also help in developing new digital services and working on the new age designs. With the company focusing on digitalization, it remains prone to Cyber attacks.

Although the risks related to cyber crimes can never be mitigated, but BMW should continuously work towards implementing more secure techniques for the protection of their and customer’s data.

Following are the legal factors in the BMW PESTLE Analysis:

BMW Group has been subject to various legal problems all over the globe. In the year 2017, more than 100 of BMW’s customers complained about the engine failures while driving. About 30 of them had taken this matter to the court as well. Also, in the year 2018, more than 3, 00,000 cars manufactured between 2007 & 2011 were called back as they were also prone to complete engine failures while driving. Till date, about 90 of the BMW’s customers have also complained about the mysterious fires in their parked BMW’s. The South Korean Government charged a hefty fine of about $9.9 million to the BMW Group for allegedly hiding the problems related with the fires in its engines.

In the BMW PESTLE Analysis, the environmental elements affecting its business are as below:

The BMW Group has always been an organization famous for contributing towards the sustainability. The group has been contributing towards the UN Environment Program since 2001. In fact, the Group was the first in the automobile sector which came out with the post of an Environment Officer. BMW group has also reduced its carbon footprint by reducing the C02 emissions of its European vehicles by 42%.

Also, with the introduction of electric vehicles, the CO2 emissions have further dropped. The BMW i3 is fully electric with zero carbon emissions. While their hybrid models have C02 emission as less as 45g/km.

To conclude, the above BMW PESTLE Analysis highlights the various elements which impact its business performance. This understanding helps to evaluate the criticality of external business factors for any brand.