The political factors in the Emirates PESTLE Analysis can be explained as follows:

Emirates airlines is a state-owned airline from UAE, which has operations spread all across the globe. Airline industry is very prone to the political factors as government is always try to keep the passenger’s safety the utmost priority. It is not only about the customers for which government can affect the Company business but also if the country from where it is based has any rivalry with the country where it wants to operate. It can create a lot of risk for the emirate airlines. Moreover, the airline is a subsidiary of the Emirates Group which is owned by the government of Dubai’s Investment Corporation of Dubai, so it is very natural that there is a lot of government influence on the airline strategic decisions. 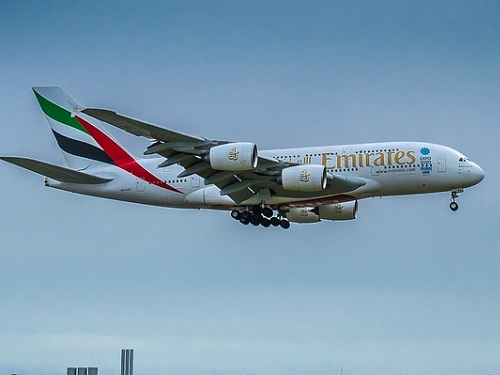 Below are the economic factors in the PESTLE Analysis of Emirates:

The International Air Transport Association revealed that by 2030 passengers travelling in aeroplanes will be doubled to 8.2 billion.

It presents a great opportunity for the Emirates airlines to expand its market in north and south America and venture into the Europe and Asian markets where airline market is growing at a rapid pace. One of the most important components affecting the business of Emirates airlines is oil, the fluctuations in oil prices make the condition very volatile for the company to work in. moreover, the company is not being able to recover completely from the global slowdown happened in the year 2008. The disappearance of the Malaysian airline has also created havoc in the industry and people began to question whether the airline travel is as safe as the airlines claims it to be.

In the recent years, airline industries saw a sudden growth in its ticket sales specially from the developing countries like China and India. The cheap airfares and increase in the income of the people has prompted the people to travel in airlines. Most of the people wants to travel in the aeroplane but earlier the high prices made it impossible for the middle class family to travel in planes but the heavy competition in the airline markets led to a huge cut in the prices of the airline tickets and thus make it possible for the middle class people to travel in planes. The boost in the tourism sector also contributed in the increasing sales of Emirates airlines. Now people want to travel around the world and explore different places. This has opened a window of opportunity for the Emirates airlines to increase its market share by attracting the potential travellers to its airlines.

The technological factors in the PESTLE Analysis of Emirates are mentioned below:

Emirates, like any other airline, is dependent on good technological advancements. Technology in today’s world is changing so rapidly that any breakthrough innovation has now first mover advantage for only 2-3 years, means in 2-3 years the new technology can make the breakthrough technology obsolete. So, emirates airlines has to keep up with the technology to remain the most beloved airline company in the world. The company has developed a navigation technique which allows the airline to carry additional cargo into Kabul international airport. Earlier what happened was that if there is low-cloud or poor visibility condition weather condition in Kabul, it has to offload the cargo in Dubai. Now the new navigation technique enables the Emirates company to offload the cargo even in the low weather conditions.

Moreover, it has increased the capability of the airlines to carry additional cargo 250 tonnes of cargo into Kabul during low-cloud conditions.

Following are the legal factors in the Emirates PESTLE Analysis:

Legal factors could be the lawsuits by other companies, governments, NGO’s, people etc against the company or vice versa. The supreme court of European union has imposed compensation on emirates airlines amounting to million of pounds. The European passengers have the right on compensation on delays for more than three hours or more. in this case travellers who have outbound flight from the UK arrives in Dubai less than three hours late but too late that the passengers miss their onward connecting flight. In another case the Emirates airlines is considering legal action against US carriers who have accused the company of unfair competition. The American air carriers accused the emirate airlines of getting unfair business practices and state subsidies that create an unlevel playing field.

In the Emirates PESTLE Analysis, the environmental elements affecting its business are as below:

The increasing demand of the public to tackle the climate change has forced many companies to change their strategies. The aviation fuel is a major contributor to the global warming. The old aircrafts consume a lot of fuel. The take and landing only consume 25-30% percent of fuels. The public is demanding that companies purchase those aircrafts which consume very less fuel and if possible, run on a greener fuel. Moreover, aircrafts are criticised for being creating a lot of noise pollution. Emirates airlines is now ensuring to purchase the world’s most efficient fuel-efficient aircrafts and it has the worlds youngest fleet in its arsenal.

It has purchased Airbus A380 aircrafts which are among the quietest aircrafts in the world. Emirates also ensure that their economy class blankets on the long-haul flights are made from 100% recycled plastic bottles. They are also keeping a keen eye on the development on biofuel which is more technically safe.

To conclude, the above Emirates PESTLE Analysis highlights the various elements which impact its business performance. This understanding helps to evaluate the criticality of external business factors for any brand.