The threat of new entrants in the Emirates Porter Five Forces Analysis can be explained as follows:

The airline industry is known to have very high barriers of entry. The most obvious of these is the high cost of procuring aircraft, pilots, crew, maintenance works and so on. Then there’s the operating expenses of fuel, maintenance, airport fees, etc. Getting all the regulatory compliances, pollution norms, quality control all add to costs tremendously. And this is just for the basic service that airlines provide. Emirates, being a luxury airline, has to also provide great customer experience. This industry is extremely competitive, with most of the players barely making ends meet and relying on huge economies of scale to remain profitable. Any new entrant in this space will also have to market their service tremendously in order to be able to compete. This requires extensive capital resources and the risk involved makes it a very hard industry to get into. Hence, we can safely say that the threat of new entrants is quite low for Emirates in this competitive industry. 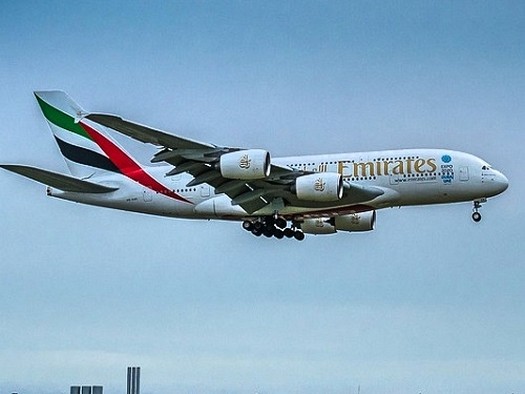 Below are the threats of substitute products of Porter’s Five Forces analysis of Emirates:

There can be two kinds of substitutes for the sector that Emirates operates in.

One is alternate modes of transport such as trains and automobiles for short distance travel. The other constitutes the economical airlines which offer much cheaper ticket for a very basic service. The customer experience is quite understandably modest for the second case. Since most of the Emirates flights are international long distance flights, the first substitute is not a considerable threat to Emirates. When the economy is doing well, there are several people who fly Emirates because of the luxury experience it offers, particularly business travelers. This type of customers is not likely to opt for the cheaper airlines because of the missing aspect of luxury experience. The only reason that the cheaper budget airlines might be favored is if the economy is in recession and people as well as corporations cannot sustain such frivolous spending. Hence, this is a weak force for Emirates.

In the Emirates Porter Five Forces Analysis the bargaining power of the customers can be explained as:

For a premium product or service, the bargaining power of the customer tends to be quite lower than the budget variant of the same product or service. Such is the case for Emirates. Since the airline is known for providing quality service, it can command high prices even in the off season when there isn’t a high demand. In times of high demand, the airline has the luxury of charging even higher prices and there will still be plenty of customers willing to pay for the quality service that is provided. Hence, we can say that the customer here has very low levels of bargaining power and the prices are determined by what the competing luxury airlines set.

Hence, we can say that this force is very weak in the luxury airline industry for a company like Emirates.

Following is the bargaining power of suppliers in the Porter’s Five Forces analysis of Emirates:

Bargaining power of suppliers is determined by the number of suppliers in the industry. In the airline industry, the main suppliers are the manufacturers of aircraft. There are only two large players in the manufacturing of civil aircraft, namely Boeing and Airbus. Since the number of suppliers are low, they have the luxury of setting high prices in a duopoly. They exhibit limited flexibility in their pricing structure and hence can have higher profit margins. This gives them a high bargaining power. Since the demand for these aircraft is quite high, they can even rely on economies of scale to lower production costs, thereby relaxing some of the steep prices. The suppliers can collaborate with the airlines to produce aircraft that precisely meet their technical requirements which can further enhance customer experience. Hence, we can say that the bargaining power of suppliers in the airline industry is high and hence this force is strong in the case of Emirates.

The impact of key competitors in the Emirates Porter Five Forces Analysis is as follows:

There is a high amount of competition in the airline industry in the global market. Because of this, many players operate on razor-thin margins and have to rely on several optimization techniques to fly in the most profitable routes. The aim of the airlines is to fly as many people as possible per flight in order to maximize profits while staying competitive. This has resulted in poor customer experience in most flights as there are very small seats for the passengers. However, for the luxury airline sector, there are several players who charge a premium and allow more comfortable travel. Emirates is one of them. It is the largest airline in the Middle East. However, there are several other luxury airlines that operate in the same space such as Etihad, Qatar Airways, and Lufthansa. Emirates stays competitive in this space by focusing on customer experience and brand loyalty programs.

Hence, this force is quite strong, and Emirates has to beware of what the competitors are doing in order to retain its market share.

To conclude, the above Emirates Porter Five Forces Analysis highlights the various elements which impact its competitive environment. This understanding helps to evaluate the various external business factors for any company.