The threat of new entrants in the Airbnb Porter Five Forces Analysis can be explained as follows:

Airbnb has been successful in establishing its presence in more than 190 countries all over the world. Like any e-commerce business, this company has enjoyed significant first mover’s advantage and hence holds a head start that is difficult to catch up with for any new entrant. The capital required to set up the company is significant as it requires for the company to set up a seamless online experience. This involves robust database management systems as the status of all the property listings need to be constantly updated in real time without any errors. The new entrant company will also have to increase their marketing spend in order to get enough interest generated so that people list a significant number of properties on the website. Hence, this force is moderate as any kind of disruptive idea can easily topple the leader position that Airbnb currently enjoys. 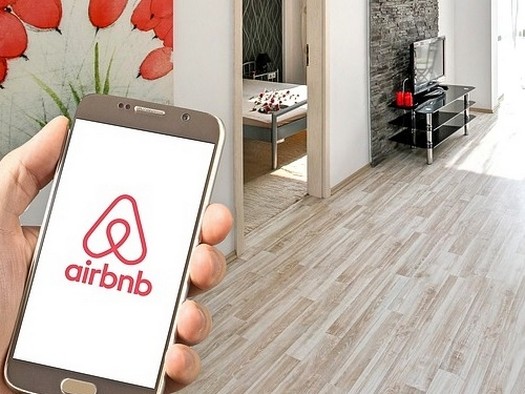 Below are the threats of substitute products of Porter’s Five Forces analysis of Airbnb:

Airbnb is known to provide an upmarket experience for the customers.

Because of the slightly luxury-oriented positioning that the company has taken, most of the luxury properties that people want to rent out have already been listed on Airbnb. Since it has a wide reach because of its presence in other countries, the company has created a reputation for itself among its customers and hence, it is quite protected from other players in this industry. However, the main issue arising when it comes to substitutes is that the company has to compete against traditional hotels, motels, and bed-and-breakfasts. Hence, the company needs to differentiate itself from these by offering superior customer service by identifying pain points accurately. Hence this force can be said to be relatively strong as there are other competitors in the market apart from these substitutes.

In the Airbnb Porter Five Forces Analysis the bargaining power of the customers can be explained as:

The bargaining power of customer can be said to be quite low, at least in times when there isn’t a global pandemic causing lockdowns, since there is generally a lot more travelers than there listed properties and hence the demand is always high. This is particularly true for the luxury properties which always have customers waiting to stay at these properties in exotic locations. The peer-to-peer lodging aspect makes sure that there are certain amenities such as a full-fledged kitchen and plenty of space, both of which are unavailable in other substitutes. Hence, this makes for a more homely stay, an experience that cannot be provided by a traditional hotel. Hence, since the availability of the demanded properties is low and Airbnb has onboarded most of the available properties, there is little bargaining power that customers have.

Hence, we can say that this force is moderately weak.

Following is the bargaining power of suppliers in the Porter’s Five Forces analysis of Airbnb:

There are a large number of properties that people have bought as vacation homes or investments that are lying vacant. There are very few alternatives to the kind of service that Airbnb provides and hence the owners of these properties do not really have a lot of bargaining power. Airbnb acts as the intermediary between the owner and the guest. Airbnb handles all the transactions and hence the owner and guest both get a relatively hassle-free experience. Since there is very little choice in the market that these homeowners have to get their property listed, and for guests to have a one-stop solution to finding the homestay of their choice, Airbnb commands a high bargaining power in this regard. Hence this force is quite weak for Airbnb.

The impact of key competitors in the Airbnb Porter Five Forces Analysis is as follows:

The competitive rivalry in this industry is relatively quite low as there are few players in the market and all of them have established their niches and hence there is no significant overlap in the target segments of each of these companies for the most part. Airbnb has seen a compounded growth of 153% since 2009. This figure is quite impressive considering it’s across the globe. Other competitors that have focused on niche offering are Flipkey which offers group bookings, TurnKey which gives door codes instead of keys which offers more flexibility, and HomeAway which offers a highly premium experience. However, even among these competitors Airbnb has managed to remain the undisputed leader in this industry. Brand equity is defined as the brand’s power derived from goodwill and name recognition which translates to higher sales volumes and profit margins compared to competitive rivals. The brand equity associated with Airbnb, which has privately been valued at $35 million, is unmatched.

Hence, we can say that the force of competitive rivalry is moderately low.

To conclude, the above Airbnb Porter Five Forces Analysis highlights the various elements which impact its competitive environment. This understanding helps to evaluate the various external business factors for any company.