The political factors in the Airbnb PESTLE Analysis can be explained as follows:

Airbnb primarily works on the shared economy concept. The shared economy being a disruptive model in nature, faces some unique challenges of its own. This model has provided jobs and gains for the sellers and provided opportunities of huge discounts and savings for the sellers. However, its effect on the existing industry. Due to this, there has been some hostility from the affected people leading to a hot political debate. As Airbnb facilitates the available home spaces for the people on rent, many a times this becomes an alibi for defaulting homeowners to avoid foreclosures and evictions. As home sharing is not a norm and anything that looks different from the norm looks like violation of law, Airbnb has been facing a lot of political pressure. Airbnb is trying to reduce the effect of this political upheaval, however the nature of politics being unpredictable its effects on the company cannot be completely gauged. 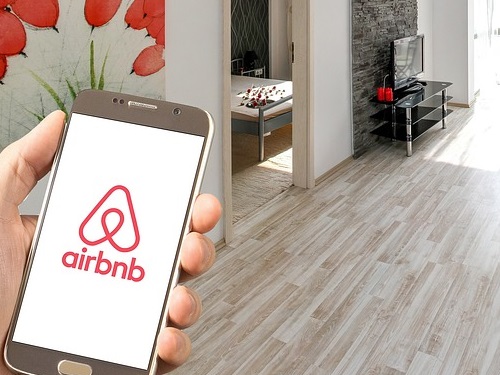 Below are the economic factors in the PESTLE Analysis of Airbnb:

Airbnb as mentioned functions on the shared economy concept.

It has generated new avenues for people to explore and also provided jobs for the individuals. This leads to high scale employment in various economies. However, it has adversely affected the hotel industry as they have been incurring high losses due to the consumers opting for the newer and cheaper alternative of Airbnb available in the market. Airbnb provides with experiential living which is different from that of hotels at attractive rates. Airbnb is a saviour for many working class individuals as they have obtained a new scope for them to pay their bills and respite their burden of home loan repayments if any. They have also reduced the cost pressure on tourists. The overall economic effect of Airbnb has been positive, as some disruption in the economy results in to better value for a particular portion of the society. Here people are both, on the demand side as well as the supply side.

Airbnb has been largely defined as a social business, as society is the buyer and society is seller in this shared economy model. It has created a positive value foe the society by creating jobs for the people and creating and facilitating wealth at the same time. As social factors have a deep impact on the business, in the context of Airbnb it has been highly positive. The social trends lately has been very dynamic in nature and has directed society in a new direction. This direction has positively helped the business model of Airbnb and has been exploited by them for their utilization in the best way possible. Though the business of Airbnb is not currently profitable, its outreach of 191 nations and 34000 cities is highly commendable in the current market scenario.

The technological factors in the PESTLE Analysis of Airbnb are mentioned below:

21st Century has been the century of innovative technology. Airbnb has also incorporated this technology in their business seamlessly and effectively. With their easy user interface enabling the buyers and sellers to have easy conversations and deals on the same portal has boosted their business greatly. The widespread use of social media also been effective in this case scenario as many individuals have connect through their social media accounts and Airbnb verifies these profiles and maintains a smart messaging system between the guests and the hosts.

Round the clock web based assistance is provided to the buyers and sellers thus enabling better end consumer user for them.

Following are the legal factors in the Airbnb PESTLE Analysis:

Airbnb has expanded its business to around 34000 cities globally and to maintain a uniform business structure across several countries means legal clashes. Renting laws are varied from country to country thus adhering to them becomes a task. With the disruptive model of shared economy followed by the organization, it claims that it pays taxes worth 14.5 million dollars. However, it has become an alibi for sellers who intend to waive their foreclosures and evictions in the future. Different housing laws in different economies adversely affect the organization thus leading to them being fined and dragged into the court of law for non-adherence of the same.

In the Airbnb PESTLE Analysis, the environmental elements affecting its business are as below:

Environmental factors are not only restricted to how a particular brand affects the environment, neither how well it adheres to the latest environmental fads, but also as to how sustainable it is functioning in the environment. Brands which have been effective and successful in the past has been environmentally sustainable in nature. The organization has helped sellers around the world easily share their homes and utilize the existing resources efficiently. They company has promoted traveling and vacationing in a more environment friendly way.

It also states that, ‘its properties consume less energy than the hotels. Energy consumption is an essential part of environment conservation and as the claims suggest Airbnb is more effective than its competitors i.e the hotel industry. Airbnb thus has created an ecosystem that values environment and make an overall impact on a global level.

To conclude, the above Airbnb PESTLE Analysis highlights the various elements which impact its business performance. This understanding helps to evaluate the criticality of external business factors for any brand.