The political factors in the Honda PESTLE Analysis can be explained as follows:

Honda operates across various countries across the world. The reason for both its growth and restrictions faced, in the governments in the various countries. The various political influences that affect the interests of the company need to be monitored and controlled. Though Honda does not have its own internal political party lobbying committee, it does exhibit a certain level of influence on certain governments. The reduction in the corporate taxes in India, the upcoming development in African countries, benefits the company, while the trade between China and the US, the changing tariffs of import and export across various countries, have a negative impact on the company’s profit generation. With countries moving towards a sustainable environment, and reduction of pollution various governments across the world have taken up curbing the use of individual vehicles by various policies. The use of odd and even vehicle number scheme in Delhi is an example. This factor had a significant effect on the sales of the vehicle. With countries promoting battery-driven cars, the company has to buckle up to gain the lead in the field of battery-driven cars. To gain a breakthrough and develop cutting edge technology the company will have to invest more in research and development. Certain governments have invested huge amounts in the R&D of hybrid vehicles. Since Honda already produces hybrids, this is a good place for the company to expand. 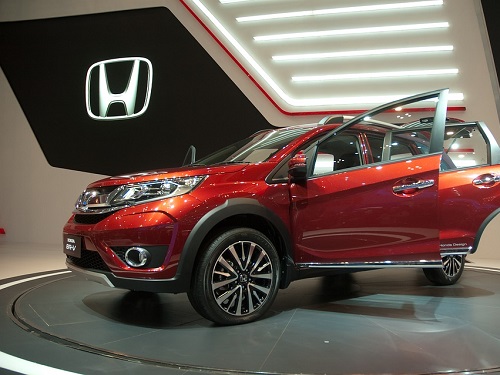 Below are the economic factors in the PESTLE Analysis of Honda:

The various automobile types produced by the company are perceived differently in different regions of the world.

With scooters being considered a luxury item in international markets eg. In Europe, they are very common in Asian markets. India is the largest market in Asia for two-wheelers. Honda should consider the economic conditions prevailing in the country when launching a new vehicle and also control the pricing of the existing vehicles. In a period of a low rise in income, luxury products like a car in India are facing a slowdown. The sales are expected to increase once the economy stabilizes. Similarly, with situations like Brexit create tension and affect the currency exchange rate. In such cases, the company loses out on profitability even if the sale is constant. To keep up with the changing trend, Honda has decided to work on economic and eco-friendly vehicles worldwide. With a rise in the prices of petrol and diesel, the company might see a drop in sales. To avoid this the company must focus on developing new vehicles with more sustainable and cheaper fuel to gain a majority in the market.

The consumers of the various automobile produced by the company seek different things. The range provided by the company in terms of satisfying its customers is impressive. This importance given to the consumer has been depicted by the company over the years of its existence. Various social stigma have been eradicated allowing newer opportunities for the company. An example of the same is women being allowed to drive in Saudi Arabia, thus opening up new opportunities for the company. The company has launched various high-end two-wheelers across the world but has stuck to entry-level two-wheelers in India. Based on customer demand, Honda has finally decided to expand its market in India by launching various advanced bikes into the market by the end of 2019. With more and more people willing to buy electric vehicles, Honda has a good opportunity to expand its market by utilizing renewable energy to run its automobiles. The company is thinking about venturing into electric scooters. Though it may seem risky initially, but for a company like Honda it will be easier to convince the customer to invest a little more for the betterment of the society as a whole. The company has been working on manufacturing cars indigenously for regions that do not believe much in an imported car, eg. The UK. Honda uses English majorly to remove the language barriers worldwide.

The technological factors in the PESTLE Analysis of Honda are mentioned below:

With the world getting more advanced day by day, Honda has put in great efforts to stay up with the changing trends. The company installed GPS in its latest models. It has come up with new iv technology which is an upgraded version of its v-tech engines. This will help the company make its contribution towards reducing the amount of carbon in the atmosphere. In India, Honda has used its advanced technology to release the new BS6 compliant Activa. Its new scooter to be launched is the Genio. It boasts the use of various leading technologies in the construction of the two-wheeler. Honda believes in creating a one of a kind experience for the consumers and thus tries to fulfill all the needs of the consumers.

With an increase in the need to switch to renewable energy sources, Honda has utilizes proximately 60% of the total energy required for manufacturing from renewable sources, thus itself promoting the need for people to switch.

Following are the legal factors in the Honda PESTLE Analysis:

When a company like Honda works across various countries, there are various legalities it needs to follow. There are various environmental laws that change, which affects the production of automobiles. An example of this is the shift in India from BS4 to BS6. Though the change was spread across a period of time, it was still a drastic one for the company. In many countries, the rules for hybrid and completely electric vehicles have not yet been defined appropriately which poses a further threat to the company. A change in any of the legalities, will lead to the implementation of major changes and thus affect the profitability as well as the day to day operations of the company. To avoid being sued the company needs to keep a tab on the quality of all automobiles it produces. Such was the case when the company had to recall 50000 of its two-wheelers, on grounds of faulty breaks. Beyond the legal difficulties faced, Honda also needs to work on the pricing policy according to the different countries it operates in. It also needs to keep a tab on the policies related to the working hours of the employees as well as minimum wages it needs to provide to its employees working in these countries.

In the Honda PESTLE Analysis, the environmental elements affecting its business are as below:

To respond to the changing climate, the company has established various policies and programs across the world. The Sustainability statement of the company states “Realizing the joy and freedom of mobility and a sustainable society where people can enjoy life” and strives to achieve it. The company is moving forward through its initiatives to create a zero-impact society. By aiming to cut total corporate CO2 emissions to half by 2050, Honda will continue its activities to reduce CO2 “using science-based target setting”. Honda is working to achieve its Product CO2 Emissions Reduction Targets by 2020 and wish to reduce the intensity of pollution created by motorcycles, automobiles and power products worldwide by 30%. Honda actively promotes its electrified products and wishes to convert two-thirds of its fleet to electric by 2030. Honda believes in the efficient utilization of resources. The use and depletion of rare-earth metals, used in various processes, depicts a major problem for the industry. Thus Honda promotes the 3R’s of reduce, reuse and recycle throughout its empire. Honda is also making efforts to reduce the use of water in its processes.

To save the atmosphere, the company has managed to create more efficient engines that carry out combustion in a better manner. Honda faces the risk of changing environmental policies across the various countries of the World. But till the company keeps a track of sustainability, it will be safe from any sort of legal work.

To conclude, the above Honda PESTLE Analysis highlights the various elements which impact its business performance. This understanding helps to evaluate the criticality of external business factors for any brand.