The political factors in the McDonald's PESTLE Analysis can be explained as follows:

McDonald's is a world leader in fast food. Fast food companies are always at the risk of being targeted by the government as their primary concern is the safety of the people. So, if McDonald's doesn’t comply with health and safety regulation, then the government will shut it down. Moreover, the growing concern that their food contains high sodium and sugar which leads to health issues like diabetes and hypertension. So McDonald's is now adding healthy options in its menu. Many countries are less open to western culture and foods. Iran which has some animosity with America has banned McDonald's in its country. Bermuda also banned the McDonald's as it is against the fast food. 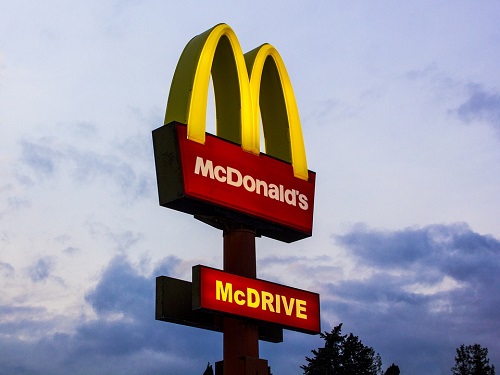 Below are the economic factors in the PESTLE Analysis of McDonald's:

McDonald's operates in around 120 countries.

It needs to source its materials internationally and due to change in currency exchanges, the price of materials keeps changing. So, it needs to constantly strategize how to procure material at low price. The recent recession in many parts of the world has decreased the demand for fast food among the people. The employment turnover rate of McDonald's is very high, that is, its employees left the job at McDonald's very frequently and McDonald's has to hire constantly. A lot of money and time are wasted to hire new people and train them.

McDonald's is known for adapting itself according to the consumer demands. Initially it opened up its restaurants across the world by bringing the sense of ‘American way of life’. In the later years, it started serving to different countries according to its local demands. e.g. In India, it introduced options like McVeggie burger, McAloo tikki. For japan, its menu is completely different. It introduces green tea ice cream, rice burger, teriyaki burger and shrimp burgers keeping in mind the taste and preference of Japanese people. In many other countries, it tweaked its menu to give local flavor to its customers. The demand of fast food has increased significantly in developing countries with the changing lifestyle of people.

The technological factors in the PESTLE Analysis of McDonald's are mentioned below:

Keeping the pace with the today’s fast changing technologies, McDonald's is continuously introducing new technologies to improve the customer service. It has recently setup self-order kiosks across its restaurants so that the customers do not require to stand in queue at the order counter. People tend to add more items to their order when they select on their own rather than ordering at the counter. McDonald's in 2019 acquires a tech company ‘Dynamic Yield’ to better personalize menus. The electric menu of the McDonald's restaurants now show different items depending on the factors like weather, time of day or regional preferences. Through its app, people can order their favorite items and add-ons and get the food delivered at their home.

Through all such technologies McDonald's is constantly enhancing the satisfaction level of its customers.

Following are the legal factors in the McDonald's PESTLE Analysis:

In India, McDonald's is facing legal issues with entrepreneur Vikram Bakshi for control of Connaught plaza restaurants. They are in joint venture which controls 185 McDonald's restaurants in north and east but after removing Vikram Bakshi as managing director of the venture in 2013, Bakshi has filed a legal suit accusing McDonald's of mismanagement. This lawsuit is helping its competitors to grow in these parts while negatively affecting McDonald's. In Quebec, McDonald's was sued for the toys it gives along with the happy meals. It was alleged that it advertises the toys to woo the children, while it is banned in Quebec to advertise products to children under 13 years of age.

In the McDonald's PESTLE Analysis, the environmental elements affecting its business are as below:

McDonald's is continuously working towards achieving sustainability in all its activities.

McDonald's has set a target to have 100% of its packaging material come from renewable or recycled sources and recycling will be done in its every restaurant by 2025.At present only 50% of packaging comes from sustainable sources while only its 10% restaurants are doing recycling. McDonald's now instead of shipping orange juice in ready to serve container, shipping frozen concentrate which helps in reducing orange juice packaging by 75 percent. McDonald's is also committed to install energy efficient kitchen equipment and led lightening in all its restaurants to save energy.

To conclude, the above McDonald's PESTLE Analysis highlights the various elements which impact its business performance. This understanding helps to evaluate the criticality of external business factors for any brand.