The threat of new entrants in the Walmart Porter Five Forces Analysis can be explained as follows:

The threat of new entrants is moderate to low for Walmart as the barriers to entry are moderate to high in the retail business. Walmart being the market leader in the U.S.A and the largest retailer overall in the world, has little to worry about new players entering the market.

The barriers are technological as well as economical in nature, the capital required to enter this market is high, and the technology needed for setting up a resilient supply chain is also high.

Being the market leader Walmart exploits the economies of scale to a great extent and passes on these benefits to the customers as well; this is why the customer base of Walmart is so vast and vital, in 2017 the net revenue of Walmart was exceeded 500 billion USD second only to Amazon, with such massive capital at play and a strong market position we can safely say that Walmart has little to worry about the threat of new entrants in the market. 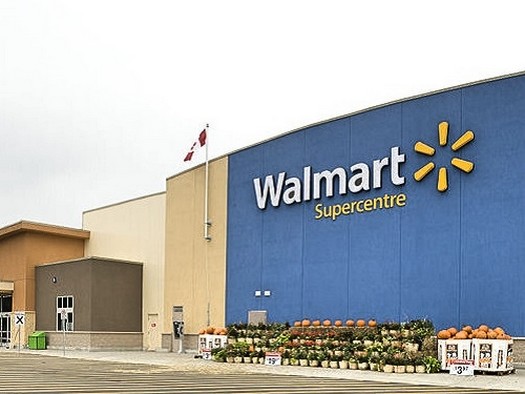 Below are the threats of substitute products of Porter’s Five Forces analysis of Walmart:

The Threat of substitutes is low to moderate for Walmart as it has a strong presence in both online as well as offline markets.

Being the market leader, it has the power to control the market according to its desire. Its presence in both online as well as offline markets gives it the flexibility to innovate and ensure that there is no significant threat by substitutes. The only great replacement for the offline retail market is the online delivery system, where Walmart again has a considerable share.

The need for retailers is constant, and mainly because Walmart provides a cheaper rate and a better service, the threat of substitutes is low for Walmart.

Given the fact that the need for cheap and reliable goods is constant if not increasing, and Walmart has secured a market leader position in the same, we can safely conclude that the threat of substitutes for Walmart is low.

In the Walmart Porter Five Forces Analysis the bargaining power of the customers can be explained as:

The bargaining power of customers in the online and offline retail stores is low to negligible. Walmart already provides the goods at a cheaper cost and provides services like home delivery and an online platform.

Taking a look at the factors that helps Walmart reduce the bargaining power of the customers, we find several key points, some of them are - the fact that Walmart is the market leader, it already provides the goods at a cheaper rate, its presence in both offline and online retail market, and lastly the solid and loyal customer base it has created over the years.

Following is the bargaining power of suppliers in the Porter’s Five Forces analysis of Walmart:

The bargaining power of suppliers is low to moderate, being the giant it is, Walmart has complete control over the suppliers, the suppliers rarely reach a position where they can demand favorable terms from Walmart.

The Company uses a special supply chain initiative under Walmart Supply chain Initiative called the Vendor Managed Inventory (VMI) where the vendors are themselves responsible for managing the inventory. Walmart sees itself as a hub for multiple supply chains and hence uses this initiative for fulfilling the need of the customers as well as the vendors.

As a result of this Vendor Managed Inventory system, Walmart was able to fulfill almost 100% of order demand on merchandise. This also helps then reduce the bargaining power of the supplier.

Considering all the factors and the market position of Walmart where no vendor would like to lose a business as big as Walmart, it is safe to say that the bargaining power of suppliers is low for Walmart.

The impact of key competitors in the Walmart Porter Five Forces Analysis is as follows:

Competitive Rivalry is moderate to high in this sector given the fact that there are only few major players and some smaller players at a local scale.

With its presence in both online as well as offline market Walmart has been able to take a majority share in the sector, it faces some competition but because of being the market leader it can set its terms according to its well.

It is seen that the brand loyalty in this sector is moderate and hence the competition requires a lot of effort in order to acquire each other’s client.

Hence we can conclude safely that the competitive rivalry in this segment is moderate.

To conclude, the above Walmart Porter Five Forces Analysis highlights the various elements which impact its competitive environment. This understanding helps to evaluate the various external business factors for any company.