The threat of new entrants in the Costco Porter Five Forces Analysis can be explained as follows:

Costco is a membership-only hypermarket chain of retail that sells a wide variety of merchandise. The type of store that Costco is called big-box retail stores, which are technically large physical stores where goods of multiple types are sold, ranging from packaged food to electronic appliances. For a new entrant to establish themselves as a viable competitor, they should cross the barriers of entry which are capital costs to set up physical stores, logistics and supply chain well set up to compete for the low prices the competitors are offering, high brand equity and ability to drive economies of scale to drive profits, bargaining power against suppliers to bring down the cost of purchase of goods for retail sale to match prices with competitors, etc. All these barriers cannot be crossed in a single day. There is no specific product differentiation available in this industry, and unless the new entrants come up with something radically new, they cannot stand it. The retail industry is already saturated, and other firms are intensely competing in all possible ways to drive sales and even going to the extent of offering products at lower than standard prices. Earning brand equity is a time taking process, and the cost of doing business skyrockets without it and equally hard is achieving economies of scale without it. But the switching costs are low for the customers. Hence, the threat from new entrants can be considered low. 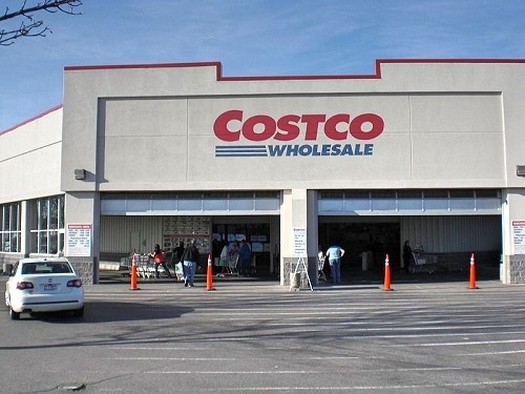 Below are the threats of substitute products of Porter’s Five Forces analysis of Costco:

Any product or service that can potentially replace Costco's products and services can be considered a potential substitute.

There are multiple types of retail outlets such as departmental stores, direct to consumer sales, e-commerce, local brick and mortar stores, departmental chain stores, etc. Products available at Costco are also available in the above-mentioned means of retail. These substitutes are readily accessible without any added switching cost. The only factors that can influence the consumers to choose the retail chain are the price and time to delivery. In comparison with e-commerce, the price may be similar, but the product can be delivered at home with a delay. In the case of Costco, the customer should visit the retail store ( although Costco now also offers home delivery for certain items). The differences are minimal, and hence, the threat from substitutes can be considered high.

In the Costco Porter Five Forces Analysis the bargaining power of the customers can be explained as:

As previously mentioned, the retail market is highly competitive, and there are a huge number of players offering a wide range of offers to buyers. The switching costs are low, and customers can easily transfer to other retailers with similar value propositions such as Walmart, target etc. Additionally, the customers also have a large number of substitutes to choose from. There is no information asymmetry as the customer can gain information from another retailer if not Costco. Due to all these factors at play, players in the retail market sell goods at marginal profits and drive profits with economies of scale.

Hence, we can conclude that the bargaining power of customers is high.

Following is the bargaining power of suppliers in the Porter’s Five Forces analysis of Costco:

Given the scale at which Costco operates, it can be understood that the volumes at which Costco purchases from suppliers is very high. There are also multiple suppliers available in the market. The scope of forwarding integration exists, but the volume of sales that they can generate is not at all comparable to that of Costco. If Costco's supplier is the O.E.M., then there is a chance of O.E.M. selling to consumers directly through the D2C channel, but it does not guarantee the volume of sales that Costco can generate. Considering the above-mentioned factors, we can conclude that the bargaining power of Costco's suppliers can be considered very low.

The impact of key competitors in the Costco Porter Five Forces Analysis is as follows:

Competitive rivalry is known to be extremely high in the retail industry. The main factors that can influence the competitiveness in an industry are the number of firms at play, types of firms and switching costs for the customers. If the rivalry is intense, then the products sell at a marginal profit and high volumes, given that the required demand exists. As previously mentioned, the retail industry is saturated, and there are a lot of firms competing for the same market. They are operating through various channels and have different variety of parameters that define them. For example, Amazon operates through e-commerce, and Walmart has brick and mortar stores as well as e-commerce, but the entry is allowed without any membership requirement as Costco needs. Target, Best buy &s home depot are also similar. Additionally, there are the usual departmental stores that are major places of retail in many countries.

Taking all these factors into account, the competitive rivalry for Costco can be concluded to be high.

To conclude, the above Costco Porter Five Forces Analysis highlights the various elements which impact its competitive environment. This understanding helps to evaluate the various external business factors for any company.