The threat of new entrants in the Lego Porter Five Forces Analysis can be explained as follows:

For any new entrant to come into this industry and challenge Lego’s dominant position, it will have to either set up huge facilities to manufacture at economies of scale or it will have to do it at a cost disadvantage. Both of these options require significant capital. However, the main barrier to entry is the brand that Lego has built for itself. Any new entrant will have to spend a huge amount to market itself the way Lego has done. It will have to set up distribution channels that can match or even surpass those of Lego. Any toy manufacturer will have to differentiate their product. Even if a large player enters a market by acquiring a smaller company, the brand loyalty that Lego enjoys is still extremely difficult to surpass. Hence one can say that the threat of new entrants is minimal, and this is an extremely weak force. 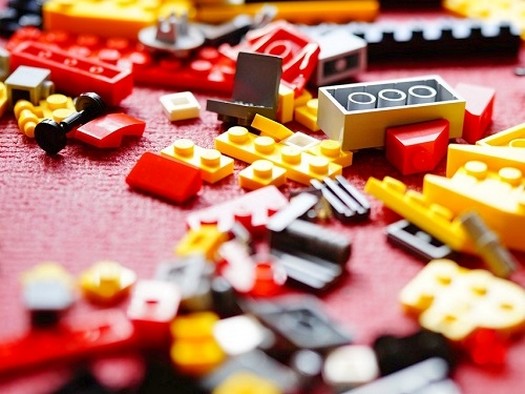 Below are the threats of substitute products of Porter’s Five Forces analysis of Lego:

With the advent of technology, and the resulting boom in digital apps and games, the toy industry can be said to be in a decline.

Since smartphones and personal computers have never been as accessible as they are now, these are the direct substitutes for the entertainment needs that toys used to fulfill. Then there are the indirect substitutes such as television, books, and outdoor sport which are also fulfilling people’s entertainment needs. These indirect substitutes are not much of threat. Hence, Lego has to offer a unique experience for it to remain relevant. The company has come up with excellent marketing strategies which include collaborating with the most beloved comic book characters to release movies and hence generate interest in their products. The company has relied on high product quality and innovation to reduce this threat. Despite all of this, the threat of substitutes looms large over the horizon and the company will definitely see this as a strong force.

In the Lego Porter Five Forces Analysis the bargaining power of the customers can be explained as:

Since Lego sells most of its products through retail channels, large retailers hold significant bargaining power over Lego. Examples of these retailers are Walmart and Toys R Us. Another threat that can be caused by suppliers is the fear of backward integration. However, since the product is so highly differentiated, this threat is quite low. The demand for Lego products is very high by the standards of the toy industry and hence it can enjoy some ability to price its product at a moderate premium. The individual buyer does not pose any credible threat when it comes to pricing these products. The brand loyalty as well as the unique products that Lego offers make sure that the customers are always interested in the product. Lego has also innovated their offerings and collaborated with various popular media franchises to develop toys that are in demand.

Overall, one can say that the bargaining power of customers is moderately high and hence this force is quite strong.

Following is the bargaining power of suppliers in the Porter’s Five Forces analysis of Lego:

The most popular among the vast variety of toys that Lego makes are the building bricks made of plastic. These bricks are made from a type of polymer called acrylonitrile butadiene styrene. This plastic is made from oil. Hence, the bargaining power of suppliers in the case of Lego is directly linked to the oil prices. This is not good news for the company as it has no bargaining power of the price of oil. It is completely at the mercy of the suppliers that determine oil prices which is determined by the OPEC. This organization has often been described as a cartel that manipulated the production of oil and hence can keep oil prices high. Also, since the toy industry as a whole is a very small portion of the overall consumers of oil, there is absolutely no power in this industry to influence oil prices. Hence, unless Lego finds alternate material through which it can manufacture its toys, the bargaining power of supplier will remain high and hence this is a very strong force.

The impact of key competitors in the Lego Porter Five Forces Analysis is as follows:

The direct competitors to Lego’s offering include toy manufacturers like Bandai Namco, Fisher-Price, Barbie, Mattel, and Hasbro among others. These are highly competitive brands and there is significant rivalry between these since there is no switching cost involved. Lego has been successful in differentiating its offerings from those of the competition. The Lego bricks have managed to achieve cult status among the customers. There are public art installations made entirely of Lego bricks and there are several art exhibitions featuring sculptures made out of Lego bricks. These ensure that there is always a sense of sophistication associated with the brand. Hence, among the competitors in the toy industry, Lego’s focus on innovation, quality and marketing effort has allowed it to stand out on a global scale. Lego has ensured a stream of loyal customers, something that its competitors have not been so successful in maintaining.

Hence, we can say that the competitive rivalry is a moderate force.

To conclude, the above Lego Porter Five Forces Analysis highlights the various elements which impact its competitive environment. This understanding helps to evaluate the various external business factors for any company.