The threat of new entrants in the Christian Dior Porter Five Forces Analysis can be explained as follows:

The high-end luxury fashion industry is highly saturated with several brands and companies most of which have already established their market positions and have already developed brand loyalty among their customers. Any new entrant in this industry with will have to develop a brand for itself. It will have to build a style that is different from established players, yet at the same time keeping with the fashion trends of the time. This is extremely difficult and requires not only a lot of capital but there is a significant amount of luck involved. The company will have to set up distribution channels and market itself, both of which require a lot of capital expenditure. This makes it extremely difficult for any new entrant to capture some market share from the established players. Hence, one can say that the threat of new entrants is low and that this is a weak force. 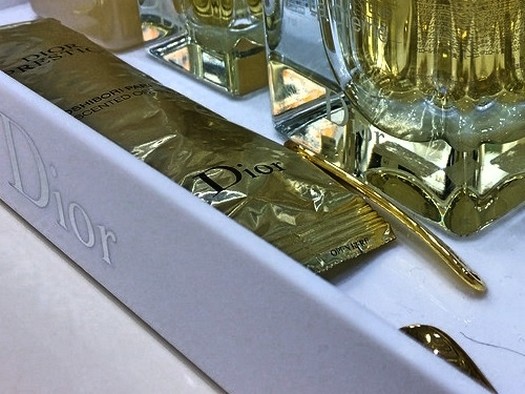 Below are the threats of substitute products of Porter’s Five Forces analysis of Christian Dior:

The Christian Dior brand is highly differentiated as it offers a wide plethora of products.

This includes cosmetics, fragrances, apparel, accessories, and jewelry among other things. Since these products are more about expressing individuality rather than pure functionality, there is an intrinsic value to the brand name itself rather than the products offered. Hence, it is extremely difficult to substitute this aspect of the products sold by Christian Dior. This brand caters to the fashion needs of the rich and hence the indirect substitutes can be thought of in terms of other luxury commodities such as high-end cars, huge houses, and vacationing at exotic locations, all of which are fashion statements. Since there is no direct substitute, the threat of substitutes is quite low. The only threat for the sales of the products in this segment are the products from the competitors. Hence, we can this force is very weak in the case of Christian Dior.

In the Christian Dior Porter Five Forces Analysis the bargaining power of the customers can be explained as:

Since the products offered by Christian Dior are towards fulfilling expressive needs rather than purely utilitarian value, there is very little bargaining power that the customer holds. The value in the brand is there because of the exclusivity commanded by the high price and hence there is very little a customer can do to drive prices down. The brand has highly differentiated products in terms of the style and look of the products and hence there is high switching cost for a consumer whose self-expression is linked to this brand. While the brand is known for some of its products particularly its handbags, shoes, and fragrances, all of its products give the same feeling of luxury and exclusivity. Hence, one can say that the bargaining power of the consumer for a luxury brand such as Christian Dior is very low as the customer is willing to pay whatever the price is. The target segment on this brand does not consider price to be a major factor while purchasing these products.

Hence this is a very weak force.

Following is the bargaining power of suppliers in the Porter’s Five Forces analysis of Christian Dior:

The impact of key competitors in the Christian Dior Porter Five Forces Analysis is as follows:

There are several players in the high-end luxury fashion industry which include the likes of Channel, Louis Vuitton, Hermes, and Gucci among many others. However, all of these brands have established their own styles and looks and hence are not directly competing for the customers who distinguish between these products for self-expression. However, there is a segment of population that will buy products from any one of these luxury fashion houses who are indifferent to the brand as long as it is among the most exclusive brands. Here, aspects such as distribution and marketing efforts make a difference and that is where Dior has managed to gain an advantage. However, pricing is not one of the aspects which gives any of these brands a competitive edge as they all follow value pricing.

Overall, the competitive rivalry seems to be moderate threat to Christian Dior’s market share and hence this is a moderate force.

To conclude, the above Christian Dior Porter Five Forces Analysis highlights the various elements which impact its competitive environment. This understanding helps to evaluate the various external business factors for any company.