The threat of new entrants in the Mars Porter Five Forces Analysis can be explained as follows:

Mars was started in 1911, in Tacoma, United States. It has been more than 100 years since its launch and it is also a proud family-owned company. They have more than 100,000 employees present in 80 countries. For a new entrant, one of the main issues is that this industry requires huge capital and resource investment. The product is moderate when it comes to differentiation. The company sells Snickers, Galaxy, Mars, Bounty, M&M’s candy, Orbit and Double mint. The cost of switching is somewhat moderate. Some products like Snicker, Mars, Bounty have high switching costs, whereas chocolates like Double mint and orbit have lower switching costs. For a new entrant, a lot of investment would be required in the research and development to be able to produce distinguishing flavored items. Another issue in this department is the rules and regulations that the company has to face in the country it is located in. Threat of new entrants is low since it is a large company. 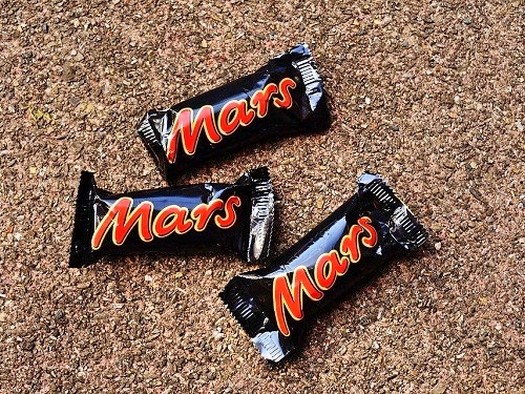 Below are the threats of substitute products of Porter’s Five Forces analysis of Mars:

One of the main issues in this sector is the threat of substitutes.

One of the important substitutes is the cheap knock-off of Mars. There are many chocolates that are cheaper in quality and price with the same kind of product and packaging. Those could pose a threat to the current market share as people could misread and assume the product to be the same as that of Mars. This could hamper the brand as a whole. Other companies like Nestlé's have similar products, which could also pose a threat. Another new source of substitutes is protein bars and other healthy alternatives, which could take a portion of the market share. In today's hectic lifestyle, people are becoming more health-conscious. They are relying on protein bars which are extremely healthy. The cost of switching in this industry is lower. There are many chocolates which are of good quality but are present at a lower price. Such companies could also eat into the market share of Mars. Threat of substitutes is higher since there are many alternatives of chocolate.

In the Mars Porter Five Forces Analysis the bargaining power of the customers can be explained as:

The customers of Mars are from every walk of life. The competition in this industry is high and the switching cost is low, therefore the customers have high bargaining power. Mars holds a market share of more than 25% in the UK chocolate confectionary market. But overall, Mars is the market leader in the world. The company also could rope in more customers by providing exciting offers and discounts. Mars could also could produce special occasion exclusive chocolates which would be limited edition ones. Those special occasions could be Valentine’s Day, Mother’s Day and many others. By doing so the company could increase their sales and increase customer’s interest. The product is also not much more differentiated. Backward integration of the company is possible.

Many handmade chocolates by customers have become very popular and a threat to Mars too.

Following is the bargaining power of suppliers in the Porter’s Five Forces analysis of Mars:

The company owns four business segments: pet care, Mars Wrigley Confectionary, food and edge. Most of Mar’s suppliers are located in the Ivory Coast, Ghana and Indonesia. 95% of the cocoa was from the country of origin. 55 % of the cocoa belonged to farmer-group level and 33% to farm boundary. Since most of the suppliers are concentrated in one place there is a chance of them moving the market to increase the prices. Forward integration of the product is also possible as they are aware of raw materials used. Research and development is not much required and there is also a market for authentic hand-made chocolates. Changing the suppliers is also comparatively easier but maintaining the quality across the entire supply chain is difficult. Therefore, it is necessary for the suppliers to maintain the quality of the product.

The impact of key competitors in the Mars Porter Five Forces Analysis is as follows:

Advertisements play a very important role, like for instance, Snickers has very interesting and funny advertisements which captures people’s attention.

To conclude, the above Mars Porter Five Forces Analysis highlights the various elements which impact its competitive environment. This understanding helps to evaluate the various external business factors for any company.