The political factors in the Christian Dior PESTLE Analysis can be explained as follows:

Christian Dior, popular within its customers as just Dior, is a luxury brand with a wide range of Political stability is utmost important for a luxury brand to operate efficiently worldwide. Since it operates in multiple nations, it has to take into account all of their political scenarios. But since its parent nation is France, it should keep a close eye on political proceedings in France. Major things to be considered in France’ s political situation is the elections that are going to be conducted. The change of power means a change in ideology. The way new leader things about business and what policies may get affected is a thing Christian Dior should keep an eye on. The level of corruption and how strict the laws against the same are followed or not. There should be no risk of military invasion since it will disrupt the complete flow of supply chain. The main reason political stability is desired in a fashion manufacturing sector is to have a smooth flow of raw materials, affordable labor laws, and stable export and import rate. All in all, to have profit in business. 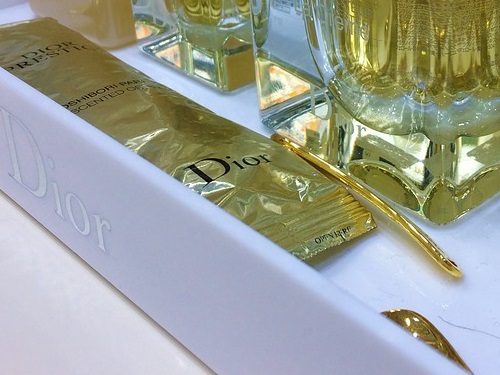 Below are the economic factors in the PESTLE Analysis of Christian Dior:

There are multiple economic factors that affect business of Christian Dior.

The level of unemployment in the nation they have their manufacturing plant being setup plays a crucial role. Higher unemployment means greater number of labors available for one job. Thus, the labor cost can be minimized as per the company demands since the supply of job in that case would be very less than its actual demand. The rates of loan in the country affects the overall financial of company. Higher loan makes it difficult for Dior to take loan from banks for raw material procurement or to cover the setup cost of extra manufacturing plant. Then comes the important exchange rates with which the Christian Dior trades across the world. it should have a healthy rate against the US dollar. This century has seen a significant rise in the amount of disposable income among people across the world. This fact is an added advantage for Dior.

The change is population mix is a major advantage for fashion and luxury brands like Christian Dior. Younger generation has higher affiliation towards fashion. People these days have considerable amount of money at their disposal for leisure purpose. And thus, they don’t compromise in quality of products they use. They think of their products as their identity and sign of status. These brands are promoted by celebrities and their fan following automatically is attracted towards its products. The demographic division based on gender, age and most importantly income level should be focused. If the company markets a very costly product to the public who can afford to buy it at all, then it would be a loss of investment for Dior.

The technological factors in the PESTLE Analysis of Christian Dior are mentioned below:

Fashion and luxury products have been under the grill of advanced technology this decade. Be the role of technology in manufacturing, supply chain using block chains, improving the quality of production via automated manufacturing plants, or marketing the product to the public by using advanced marketing tools including social media, technology played a decisive role in each field. Christian Dior has recently introduced cushion compact technology in luxury cosmetics. This technology comprises of a foam sponge that reserves and preserves the liquid formula in cosmetics.

Also, to make it interesting experience for people Dior has to make its store more interactive with AR and VR in its store.

Following are the legal factors in the Christian Dior PESTLE Analysis:

Fashion industry is regulated by multiple laws, which also impacts Christian Dior. The laws which take care of labor in the work force. The minimum wage that a labor is entitled to is decided by the government of that particular region. The hours of job that are just for a worker, ensuring safe working conditions for worker, ensuring equal pay for equal and similar kind of job is all part of labor law. The waste disposal into water bodies or carbon emission back into the air is also regulated b strict environment laws. Taxation laws, import and export laws and regulations change from nation to nation but they are to be adopted in the business model to avoid hefty penalties. Intellectual property law to protect self-developed technology from wrongful use from competitor. There is a separate legal arm of big firms that deals with legal issues at corporate level since all this are critical for business.

In the Christian Dior PESTLE Analysis, the environmental elements affecting its business are as below:

Christian Dior is a part of LVMH group who are conscious about the environment we live in. They are concerned about the effect their products have on surrounding society. They have taken steps to minimize the water and energy usage wherever possible. The sites of manufacturing are designed in such a way that it matches its ideology. In fact, each of the resource at Dior is given training at work place for the same purpose of serving the environment in right manner.

To conclude, the above Christian Dior PESTLE Analysis highlights the various elements which impact its business performance. This understanding helps to evaluate the criticality of external business factors for any brand.