The political factors in the Walt Disney PESTLE Analysis can be explained as follows:

Since Walt Disney Company is in the entertainment business, the factors are macro-environmental which affect the merchandise trade and access to entertainment. This is how the global business is affected by the intellectual property policies. In the media, entertainment and amusement park industry, there are some essential factors which affect their strategic management and this applies to Walt Disney as well. These are stronger intellectual property protection, shift of trade policies and stable political conditions in major markets. This will help in building a favourable environment for the business with less IP violations by which we can expect its Marvel movies and products related to it in various markets. Also, the company will align to grow new strategies with new free trade policies in the remote or macro-environment. Therefore, these help the overall performance of the business. 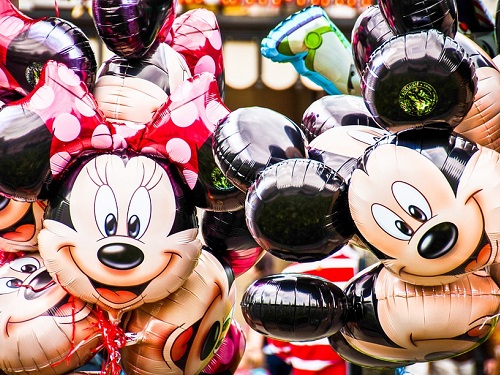 Below are the economic factors in the PESTLE Analysis of Walt Disney:

The Walt Disney Company’s economic success depends on a lot of external factors as an example the data shows that a lot of company’s amusement parks and resorts revenues are provided by the U.S.

market. Other factors that show the success of the company is dependent on developing markets and their rapid economic development. They can expect mass revenue growth in the developing Asian countries since their entertainment and mass media products are at a peak in these countries. Next, would the disposable incomes and their increasing levels. Another factor affecting their economic success but this time in a negative way would be the Chinese economy’s slow growth rate. Since China is a major growth contributor, it’s decreasing growth rate becomes a matter of concern for the economic growth of The Walt Disney Company.

The social factors which majorly affect the Walt Disney company are the customers’ and workers’ behaviours. Consumers’ behaviours are majorly shown towards their products like movies, television programs, video games and even amusement parks. The Company needs to build strategies to manage their behaviours and work according to their expectations. On a gloabal level, feedback is very necessary for them to function. The social and cultural factors which affect the Company externally are the increasing favourable attitude of the people towards leisure activities and recreation products. The increasing cultural diversity of the target markets is also helping the company socially. Increasing online activity of the customers is also helping the company as the people are more interested to buy their products online. These social factors are increasing the business and satisfying the consumer at the same time.

The technological factors in the PESTLE Analysis of Walt Disney are mentioned below:

This component accounts for the technologies used in the Walt Disney Company and by large used in the mass media and entertainment industry. These are also used in their amusement parks and resorts. So the digital technologies play a major role in enabling the company to produce films and become a part of the international industry as well. Rapid advancement in the mass media and entertainment industries is shown by the high research and development rate like Disney has shown increase in their use of advanced computer generated imaging to provide better and competitive products. Even the use of mobile devices and the provisions of games and other technologies made available on that is a major product of the technological factors used by the company.

Integrating technology with products like video games has taken the company to new heights,

Following are the legal factors in the Walt Disney PESTLE Analysis:

The rules and regulations that pertain the working of the Walt Disney Company are majorly covered in these factors. The company’s manager must address these rules so as to ensure the smooth working of the company. Mostly, the American and European regulations in the mass media and the entertainment industries are the strategic influences for the rules to be followed by the Walt Disney Company. Some of the limits and laws implied are the environment protection law which have a significant role to play in this company since it deals with resorts and themed parks. Also, improvement of legal protection for consumer rights in the developing markets is a must. This rule is a success metric in managing the business globally. The intellectual property protections which give them licensing for the movies is another limit they have o follow. All these laws directly affect the functioning of the working of the company.

In the Walt Disney PESTLE Analysis, the environmental elements affecting its business are as below:

These factors are specified in highlighting the importance of ecological factors in showing the dependence of the businesses on the same. The global industry environment concerns are of relevance to the Walt Disney Company. The resource availability, the changing and worsening cyclical climatic weather is becoming a major cause of concern for the company. Disney’s management faces major strategic challenges related to these weather changes. Another side of these factors is showing the increase in the availability of the renewable energy.

In remote environment these renewable energies are a major boon for the company’s functioning. Another support to the company is the improve in the operational and sustainability measures. These external influences are helping the company to thrive.

To conclude, the above Walt Disney PESTLE Analysis highlights the various elements which impact its business performance. This understanding helps to evaluate the criticality of external business factors for any brand.