Marketing Strategy of Walt Disney analyses the brand with the marketing mix framework which covers the 4Ps (Product, Price, Place, Promotion). There are several marketing strategies like product innovation, pricing approach, promotion planning etc. These business strategies, based on Walt Disney marketing mix, help the brand succeed in the market.

Walt Disney marketing strategy helps the brand/company to position itself competitively in the market and achieve its business goals & objectives.

The product strategy and mix in Walt Disney marketing strategy can be explained as follows:

Walt Disney primarily is the production house and it is known by the name of The Walt Disney Studio. It generally makes cartoons and movies. The entire marketing mix product strategy for Walt Disney includes movies, theme parks, toys, merchandise, broadcasting etc. You could find some characters such as Mickey mouse, Minnie, Donald Duck and many others. These are all the creation by this big company. They have also produced some world class movies that made your childhood wonderful such as Jungle book, Aladdin and many more. Disney have always strived for perfection and the world class experience for their customers. It is because of their continuous strive and hard work, people have been great follower of this studio. Another product of it is the theme parks. There are as many as 14 theme parks around the globe. Disneyland – one of the most profitable theme parks of the company is a place where you could find all the characters of the Walt Disney along with some best rides. Another product that it has come up with is the Disney stores. They have their known merchandise such as toys, clothing, watches all related to Disney characters. Another larger business that they come up with is the Disney Media Networks. It includes channels such as ESPN, ABC radio, internet groups and stations group. They have also ventured into internet and media marketing. In 1996, Disney entered in Internet segment and has steadily grown its market share. The brand its presence on OTT online content presenting its movies, web-series and much more. 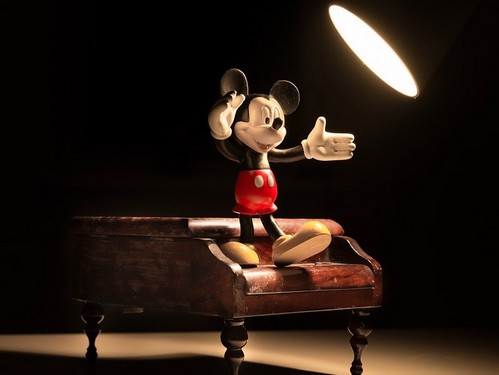 They always designed their pricing strategy keeping in mind the mass population.  However, the pricing strategy in the marketing mix of Disney is dependent on the kind of product or service they are offering. Toys and theme park tickets are affordable whereas product of movies, broadcasting etc are capital intensive. Their primary aim is to bring all the kids along with their parents to experience the services of Walt Disney. Therefore, they price their products so that everyone can enjoy. Another point to be noted is that they follow seasonal pricing strategy i.e they price their products based on seasons. You can easily afford the tickets for the Disneyland and there are people who regularly visit these theme parks. It is the experience that differentiates it from other competitors. The pricing however of theme parks was affected by the pandemic, which lead to rethinking of the business strategies.

Following is the distribution strategy in the Walt Disney marketing mix:

Disney stores are present all across the world. These are placed in big malls and shopping centres. They are strategically placed so that it is clearly visible to the customers. Then their theme parks are present in different regions of the world. These resorts and theme parks have Disney stores which allow flexibility to the families coming there to buy Disney merchandise. These themes parks and resorts the biggest business segment for Disney Company. With the growth of ecommerce platforms, the brand has significantly increased the sales of its merchandize, toys etc online. They have also come up with Disney Cruise Line that comprises of four ships i.e. Disney Magic, Disney Dream, Disney Wonder and Disney Fantasy. They are also coming up with two more ships by 2023. People working in these resorts and theme parks undergo a formal training at Disney University.

They have a course designed as Disney Traditions were they learn about Disney’s guest service.

Walt Disney hardly needs any kind of promotions as it is a top of the mind brand. Despite that, the marketing mix promotional strategy of Walt Disney is aggressive and focused on its target group. The brand engages the customers through TV programs, movie teasers, competitions, commercials, billboards, online ads etc. People eagerly wait for the movies made by Disney studio or for the Disneyland tickets. There are various packages that they come up for Disneyland which is an easy means of attraction for customers. Their products are also promoted through their own channels. They do come up with catchy taglines such as “the happiest place on earth”, “where dream comes true”. Customers get attached to these taglines and make them eager to visit such places. They often partner with companies such as Sephora who come with variety of products. Their merchandises are also sold through online portals and various retails stores. Hence, this completes an overview of Walt Disney marketing mix.

The Walt Disney Company which is commonly known as Disney is a multinational mass media and entertainment organization that has headquarter in Burbank, California. In terms of revenue, it is the world’s second largest media company after Comcast. Founded by two brothers Walt Disney and Ray O Disney in Oct 1923 as an animation company, it has diversified its work into theme parks, television and live action film production. It has also entered into the business of online media, radio and music industry. It has many channels running under its belt such as Disney Channel, Freeform and A+E networks. It has around 14 theme parks that are licensed under the name of Walt Disney around the world.

Mickey Mouse – world famous cartoon character among the kids is the mascot for the company. It is the largest and famous studio in the American cinema.