The threat of new entrants in the Walt Disney Porter Five Forces Analysis can be explained as follows:

This force seems to be quite weak when it comes to Walt Disney. This is because the company has spent a considerable number of years to build their media and entertainment empire. This industry is extremely hard to get into and requires not only a huge amount of capital to set up but also requires quality intellectual property which is very hard to come by. Disney has also consolidated their position in the market by venturing into a wide range of businesses. What started as a company producing cartoons for kids, the company has gone on to set up various other revenue streams such as theme parks, streaming service, as well as revenues from toys and action figures. Disney has acquired a variety of different media franchises such as Marvel and Star Wars which gives it a huge collection of beloved characters and stories from which it can make movies and television series which cater to the entertainment needs of a wide section of the society. Hence, it is extremely difficult for any new company to challenge this dominant position held by Walt Disney. 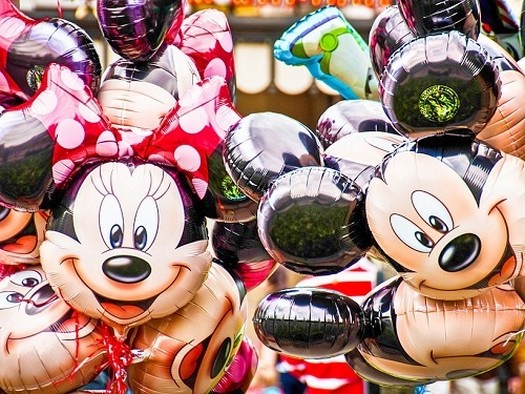 Below are the threats of substitute products of Porter’s Five Forces analysis of Walt Disney:

Since it is primarily a media and entertainment company, Walt Disney does not enjoy any exclusivity in terms of the type of service they offer.

The switching cost is practically non-existent as customers can, and usually do, consume media from a variety of different competing companies such as Netflix, Amazon and HBO. This requires that Walt Disney keeps coming up with original quality content as well as variations and continuations of existing intellectual property just to stay in competition along with its rivals’ offerings. This means there are ever increasing costs to maintain the kind of quality content that Disney has become known for. However, the company has been quite successful in establishing a loyal customer base that are ready to watch the next Marvel or Star Wars film even if the film has not enjoyed particularly good reviews. This means that Disney can be assured of a certain amount of revenue for each of these films and television series and hence the chance of losing money in this highly volatile industry is low. Hence, this threat of substitutes can be said to be a moderate force.

In the Walt Disney Porter Five Forces Analysis the bargaining power of the customers can be explained as:

The bargaining power of customers can be said to be low in the case of Walt Disney because the company owns a plethora of beloved media franchises. The customers are willing to pay a premium to experience the quality content that Disney offers. While the price point is not ridiculously high for most customers, it is not very low either. But the fact that Disney has invested in acquiring and developing a repertoire of various fan-favorite properties means that Disney can rest assured that there will be takers for its content. Similarly, the price at which the tickets to the theme parks as well as the merchandise are sold are also moderately high and the company is still able to command a very healthy revenue through these channels.

As long as the company continues to service its loyal customer base in this fashion, this force will continue to remain quite weak.

Following is the bargaining power of suppliers in the Porter’s Five Forces analysis of Walt Disney:

Walt Disney, being a huge player in this market, commands a lot of power over suppliers. There are relatively a large number of suppliers that Disney can choose from. These suppliers primarily include suppliers for raw material for various merchandise and the technology providers. Hence, Walt Disney is in a great position to negotiate with these suppliers and can easily switch over to other suppliers should the current one refuse to agree to their terms. This is often the case when the suppliers supply material that does not require too much specialization to produce. This makes it a very competitive market and hence Disney gets to choose the supplier that offers the best value for the price they pay. Certain suppliers may enjoy a slightly more powerful position while negotiating if they provide specialized equipment such as high-performance cameras or software. However, since such technology requirements are not really high in this industry, this force is quite weak all thing considered.

The impact of key competitors in the Walt Disney Porter Five Forces Analysis is as follows:

Walt Disney faces stiff competition from other companies. These companies include film and television companies such as Comcast, CBS, and Sony, theme parks such as Universal Parks and Resorts and Six Flags Entertainment. Recently, as Disney expanded into the streaming service, it faces competition from the likes of Netflix, Amazon, and Apple. All these are large companies with substantial financial capabilities, each looking to increase their share of the market. Hence, this industry is highly competitive. However, the acquisition of 21st Century Fox by Disney gave them a huge library of film and television property that it could directly launch on its streaming platform. This move has made the company among the most valuable companies in the world. and it accounted for a quarter of the total box office revenue in the United States and Canada in 2021.

Hence, while this force is strong, the company seems to be poised to do very well as long as it keeps using its strengths to its advantage.

To conclude, the above Walt Disney Porter Five Forces Analysis highlights the various elements which impact its competitive environment. This understanding helps to evaluate the various external business factors for any company.