The threat of new entrants in the JP Morgan Chase Porter Five Forces Analysis can be explained as follows:

JP Morgan Chase is one of the four biggest banks in the United States, offering services such as retail banking, commercial banking, corporate and investment banking, and asset management. Presently, it has a market capitalization of around $450 billion. Banking industry is relatively closed for newer players to enter, because of huge regulatory constraints. Operating at a large scale requires immense capital, which is difficult to invest in a company without an established brand name. The customers or clients too trust the brand and the business already achieved before investing their money or company’s future in a bank. Hiring qualified and competent personnel is also a huge challenge for a newer bank, because of the highly paid nature of the banking employees. However, there is a small but definite movement of banks expanding across geographies and entering newer markets, becoming new entrants in those markets. Regulatory push against these players can be met with precedence and history of operations to show for as a document of credibility. Overall, we can rate the threat of new entrants to be a weak force to affect the competitive strategies for JP Morgan Chase. 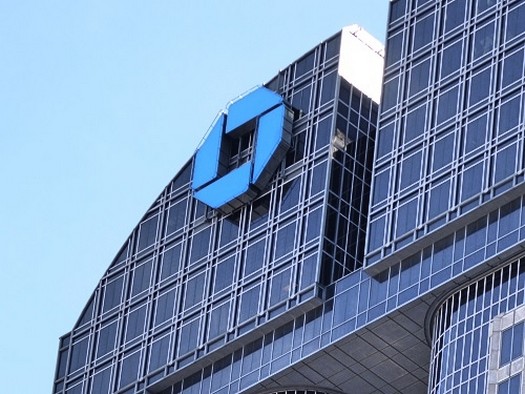 Below are the threats of substitute products of Porter’s Five Forces analysis of JP Morgan Chase:

The availability of substitutes has grown over the past few years, as companies like Apple, Amazon, Meta etc.

have entered the transaction space, which was already occupied by companies like PayPal. There are certain banking services for which substitutes are present, which includes smaller scale lending, crowdsourcing investments, P2P networks, etc. The emergence of cryptocurrency can also act as a huge threat to substitute standard banking operations, as the transactions are carried out in blockchains using a diversified network which eliminates the requirement of an intermediary bank. However, there are certain core services like corporate banking, investment banking and asset management, which do not have substitutes present as of now. While the industry is susceptible to technological change, we assume that the giant would not lag far behind in adopting newer technologies. Hence, we would rate the threat of substitutes to be a moderate force for JP Morgan Chase.

In the JP Morgan Chase Porter Five Forces Analysis the bargaining power of the customers can be explained as:

The customers of retail banking are too small a fish in the sea and don’t contribute as much to the bottom line. Hence, they exhibit little bargaining power. However, the big-ticket companies, the high net-worth individuals and the government accounts have significant money invested in the affairs of the bank, which means they have certain bargaining power. This is usually encountered by bank via creating a long-term relationship with these customers. The bank is flexible in negotiating the rates of interests, banking fee, and modifying its products to fulfill the requirements of these clients. The top managers themselves take care of these clients personally and keep them satisfied.

Therefore, we may conclude that the bargaining power of customers depends on their importance in terms of money, future potential and recognition in society, and can range from extremely weak force to a rather strong force to affect the operations of JP Morgan Chase.

Following is the bargaining power of suppliers in the Porter’s Five Forces analysis of JP Morgan Chase:

For a bank, there are two types of suppliers- the depositors who park their money in the bank and provide it with the working capital, and the employees who convert that working capital into profit by re-investing or selling high-profit products and services. To secure stability in deposits, the bank already has a huge set of diverse depositors, which makes the bargaining power of a single depositor low. Employees too are mostly replicable, except the top management which is challenging to settle. The employees of JP Morgan are already very well compensated for the services they provide to the bank, and hence their bargaining power is minimized. We can therefore conclude that the bargaining power of suppliers is relatively low for the banking giant that JP Morgan Chase is.

The impact of key competitors in the JP Morgan Chase Porter Five Forces Analysis is as follows:

JP Morgan Chase has primarily differentiated itself from the rest of banks based on its legacy and experience, low-cost products, and best deals on offer. It has strategically acquired smaller players to eliminate competition and tap on their customer base. However, the competitive rivalry is immense among the top 4-5 banks of the country, which have similar offerings, scale of operations and presence in the market. The switching cost of the customer is very low, and they are susceptible to shift if offered better deals. Relationship with High-net-worth-individuals holds them to the bank. Hence, we may conclude that the competitive rivalry is a strong force affecting the competitive landscape of JP Morgan Chase and thus its market strategies.

The bank faces competition from both domestic and international banks and is in the phase of market penetration rather than development, which means slimmer operating margins and lower differentiation than ever.

To conclude, the above JP Morgan Chase Porter Five Forces Analysis highlights the various elements which impact its competitive environment. This understanding helps to evaluate the various external business factors for any company.