The threat of new entrants in the Chevrolet Porter Five Forces Analysis can be explained as follows:

Threat of new entrants is relatively low due to intensive capital requirements. Entrants also find it hard to survive due to a strong base of loyal customers. Due to supply side economies of scale and demand side benefits of scale, Chevrolet has the ability to reduce prices thereby making it cost competitive, deterring new entrants. Even though Customer switching cost is moderate to low and new entrants can build a strong distribution network, innovation and high investment in Research and Development and high differentiation makes it difficult for the new entrants to emulate. In addition, strict government regulation in terms of licensing and legal requirements act as an entry barrier which is favorable for incumbent firms like Chevrolet. Retaliation from existing players by colluding with each other to prevent new competition further discourages new market players 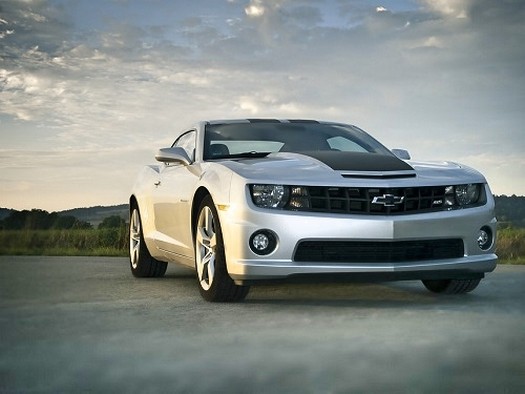 Below are the threats of substitute products of Porter’s Five Forces analysis of Chevrolet:

Threat of substitutes is moderate.

In the Chevrolet Porter Five Forces Analysis the bargaining power of the customers can be explained as:

Bargaining power of customers is low. Buyers do not have direct influence, but there's indirect influences which give them some degree of bargaining power. Due to the presence of multiple competitors of Chevrolet and other substitutes in the market, Chevrolet has to offer differentiated products at affordable prices to retain its market and consumer base. By catering to the needs and expectations of its customers through innovation and expanding product capabilities, it tries to compete with its competitors, which eventually aids in consumers getting some degree of negotiating power. Chevrolet can expand its product portfolio to attract customers from a wider range which can help it in reducing the bargaining power of buyers.

Although the threat of customer’s backward integration is low, switching cost of customers is moderate to low and therefore Chevy needs to compete by offering better performance and quality and maximize value for money to attract new customers and retain its customer base.

Following is the bargaining power of suppliers in the Porter’s Five Forces analysis of Chevrolet:

The impact of key competitors in the Chevrolet Porter Five Forces Analysis is as follows:

Chevrolet is in the automotive industry where market competition is intense. Its major competitors are: Ford Motor company, Nissan, Toyota, Arctic Cat, Maruti Suzuki etc. The industry growth of automobiles is projected to grow 205 million units by 2025 with a CAGR of 4.5%, thereby making this industry lucrative for existing players to compete and attain larger market share. Differentiation is low and there are numerous players due to which there is cutthroat competition. The exit barriers are also high due to high sunk cost as a result of which existing players who find it hard to survive continue to compete making it even more competitive. Thus To sustain in this competitive market, Chevrolet's value proposition of offering leading edge design at affordable prices gives it a competitive edge.

By focusing on innovation and leveraging its brand proposition through taglines like ‘Find new roads’, it targets its audience to deliver assured quality and performance.

To conclude, the above Chevrolet Porter Five Forces Analysis highlights the various elements which impact its competitive environment. This understanding helps to evaluate the various external business factors for any company.