The political factors in the Subway PESTLE Analysis can be explained as follows:

Subway operates across more than 100 countries and keeping up with the various regulations spanning across these countries is a major task that the franchisee leader needs to take care of. These are the changes that directly affect their daily operations. One such factor is the health, safety, and food sanitation guidelines that differ from country to country. A major example is that affected the operations of Subway was Brexit. It led to uncertainty about the future of various restaurants and food chains as the changes that would occur if the division went through were uncertain. In certain countries, there are strict rules related to sourcing of meat products which affects business of Subway. This must be kept in mind that all the rules and regulations are followed. These regulations also affect the ease of doing business. If the rules in context to fast food joints are complex and or if the region is disputed or disturbed, people opting to take up franchise will be less. 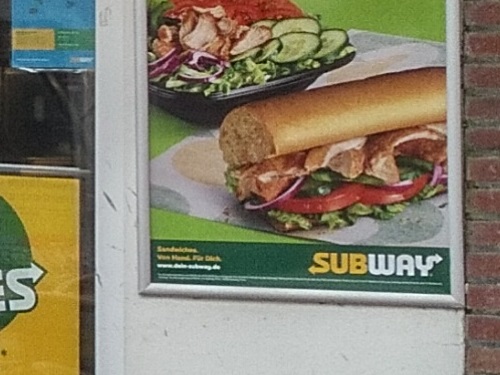 Below are the economic factors in the PESTLE Analysis of Subway:

With increasing prices of raw material, and the need to keep its sandwiches affordable, Subway needs to develop efficient strategies to maximize its profits.

With decrease in disposable incomes in inflation struck countries, the chances of gaining higher profits are reduced. Thus, targeting countries that have a more stable economy is important. Recession hit countries like the US in 2007, are a bad area to work in. Higher is the unemployment rate in a region, easier it is to get cheap labor. A major setback will occur if Subway fails to keep up with the fast-growing trend and newer competition. Targeting countries where people are more health-conscious and are willing to spend more on a snack is where subway should be. Disputed regions with a higher level of unemployment is a factor that affects the overall profitability of the company. Regions with lower corporate tax, e.g. India are regions where higher profitability is an advantage.

The various beliefs about fast food being unhealthy were washed off by Subway. By providing one of its kind, low calorie ‘Subs’, the fast-food chain managed to gain quick popularity. There yet certain beliefs that Subway needs to take care of. Certain countries that believe in Halal meat over the others need to be served according to their requirements rather than availability. Keeping up with the upcoming generations increased need for choices is a major task that Subway needs to undertake. If this task does not happen continuously, the business model that Subway has created over the years will go for a toss.

The technological factors in the PESTLE Analysis of Subway are mentioned below:

In today's times, technology is a major determining factor for the success or failure of a business. A social media presence is a must and Subway over the years has managed to capture these changing trends and also has adapted quite well. It operates various social media handles where it posts about the latest update as well as resolves problems and queries. It also has an online ordering facility where one can view all the available variants as well as avail the various discounts that are available over the counter. Subway also runs a customer loyalty program, along with having launched a chatbot for people to place their online orders. It is also involved with the testing of kiosks at select locations across the world.

With further improvement in technology, Subway should try and venture into robotics to gain a competitive edge.

Following are the legal factors in the Subway PESTLE Analysis:

When operating across such a large number of countries, the chances of getting hit by a lawsuit increase. Thus, to avoid major damages, the franchisor, as well as the franchisee, need to be abreast with the changing legalities. There are various heads under which the laws are classified and applied to a company but the major ones that the company needs to take care of are related to packaging, labor laws, Franchisee laws related to contract renewal, compliance of hygiene of workers, and proper waste disposal. The nutrition content needs to be displayed according to the legalities in various countries. Along with displaying, providing the right content is also important. The recent defamation case by Subway on CBC is considered to be trick to reducing the effect of it being caught in supplying soy protein instead of chicken. Hygiene is very important in European countries and the United States while in other countries the pressure is a bit less. Thus, abiding by all these regulations is very important for Subway.

In the Subway PESTLE Analysis, the environmental elements affecting its business are as below:

The Subway system is committed to providing a wide range of food choices while reducing its environmental impact and creating a positive influence on society. Working through IPC (Independent Purchasing Company), Subway is committed to creating more sustainable options for packaging, energy-efficient stores and also undertake water and resource conservation. Reducing the amount food waste produced is of primary importance and doing so through efficient forecast and ethical sourcing techniques is important to Subway. The tissues and paper towels across Subways are claimed to be 100% recyclable. The napkins are printed using soy or water-based inks and even the plastic they use is currently 25% recycled material and can be further be recycled. A major issue that subway might face is the compliance of the packaging material with the packaging standards across its various countries of operation. It needs to keep a tab that all the material that Is used across its Franchisees are all up to the mark.

The concept of ECO restaurants taken up by various franchisee owners is another step towards creating a more sustainable environment. Since Subway is spread across 100 countries the need to follow the various changes made in the environmental policies across these countries is a mandate. Only through constant monitoring and changes, Subway will be able to create policies efficient enough for all its franchisees.

To conclude, the above Subway PESTLE Analysis highlights the various elements which impact its business performance. This understanding helps to evaluate the criticality of external business factors for any brand.