The threat of new entrants in the Delta Airlines Porter Five Forces Analysis can be explained as follows:

Delta Airlines is one of the oldest major airlines operating in the countries like the United States, Mexico etc. The airline industry is such that a new entrant must have a huge capital investment in setting up its operations. The capital requirements are so high that this itself prevents new entrants from starting new operations in the sector. There is also a cost advantage for large players in terms of operations that cannot be replicated by new players. There is goodwill associated with each established airline company like Delta Airlines, which will take a lot of time for new entrants to reproduce. The products provided by the company are such that they have moderate product differentiation. Thus, even if a new company establishes its operation, it will have to come up with a unique value proposition to make a mark in the industry. This will also necessitate tremendous advertising and marketing efforts which further pose barriers to the establishment of new entrants. The brand equity takes a lot of time to be replicated by the new players, who make the threat of new entrants a weak force affecting the operations of the company. 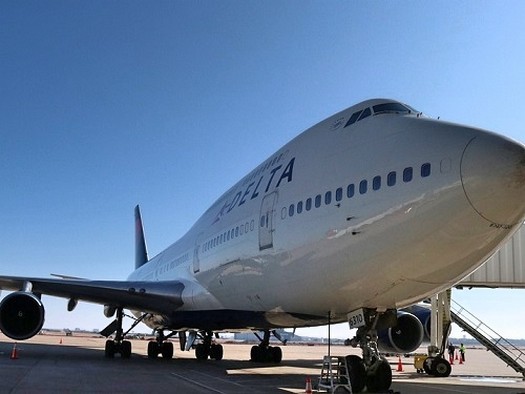 Below are the threats of substitute products of Porter’s Five Forces analysis of Delta Airlines:

The airline industry is a sector where there are very less number or no substitutes.

People prefer airlines for long-distance travel in a very short period which is rarely possible with other means of travel. This makes the threat of substitutes a weak force. Thus, the suppliers have the liberty to choose the prices of their products. The other alternatives in the airline industry are highly standardized and hence are very difficult to be differentiated. Each of them provides almost the same kind of services at almost similar prices. The substitutes can make a mark only if they focus on newer means of quality and customer relationship management. There is always a brand value and a sense of belonging associated with all the established firms, which make it very difficult for the customers to try substitute products. Thus, the threat of substitutes is a weak force when it comes to affecting the operations of Delta airlines.

In the Delta Airlines Porter Five Forces Analysis the bargaining power of the customers can be explained as:

The customers to whom the industry caters are highly price-sensitive in nature. This makes the bargaining power of customers an important force for an airline brand like Delta Airlines. There is a limited number of players in the market, and all of them provides almost similar products in similar price ranges. Thus, the customers can not differentiate between the products and hence are at a disadvantage. The products and services are highly standardized and hence very difficult to have a pecking order. Besides, all the firms which are operating are established ones and have goodwill associated with them. Thus, the customers have no control over the prices. There is minimal to zero chance of backward integration by customers, which drives down their bargaining power further. The marketing efforts by the companies like Delta Airlines are targeted towards the customers. This might help them in changing their stance.

Thus overall, the bargaining power of customers is a moderate force affecting the operations of the company.

Following is the bargaining power of suppliers in the Porter’s Five Forces analysis of Delta Airlines:

There is a limited number of players in the industry. The companies offer almost similar value propositions with similar products at similar prices. The companies which are already existing in the market are established ones. Therefore, the suppliers will not have the upper hand in the negotiations with the companies. Besides, all these companies have goodwill attached to them, which all the suppliers will be looking forward to associating with. Therefore, there is always a dominating power vested with the players above the suppliers. Since the number of suppliers is more in number than actual players, the suppliers are not immune to price sensitivity. The players like Delta Airlines will choose the best available price, and hence the entire suppliers will face the ripple effect. There might be suppliers who provide supplies to multiple players too. They might have bargaining power against the players. Thus overall, the bargaining power of suppliers is a moderate force when it comes to affecting the operations of the company.

The impact of key competitors in the Delta Airlines Porter Five Forces Analysis is as follows:

The competition between the players in the airline industry is quite intense. The major competitors of Delta airlines are American Airlines, United Airlines, Jet Blue, Southwest Airlines etc. Though there is only a limited number of players in the market, all of them are established firms and have their own name and fame among the customers. The products and services provided by them are almost similar, and hence the product differentiation is very low. A move made by any competitors will be easily replicated by other players, and the market will find a new saturation point again. All these companies cater to the same market, which is growing very slowly. Thus, it is very difficult for each firm to grab the market share from its competitors. The companies have their businesses with high fixed costs. Thus, they cannot bring about any major innovation or optimization in their processes.

Therefore, the threat of competitive rivalry is a strong force affecting the operations of Delta Airlines.

To conclude, the above Delta Airlines Porter Five Forces Analysis highlights the various elements which impact its competitive environment. This understanding helps to evaluate the various external business factors for any company.