The threat of new entrants in the KFC Porter Five Forces Analysis can be explained as follows:

KFC belongs to the fast-food industry, which requires huge initial capital, marketing, product ideation and differentiation costs associated with establishing themselves in the industry. The existing players in the industry have high brand equity and a huge loyal customer base. The methods of preparation and procedures are also standardized for every player in the industry to ensure uniformity of experience for the customer across all their outlets. They also have well-refined supply chains, which will be hard to set up else. Owing to these reasons, we can say there are high barriers to entry for this industry. This holds true for new entrants with not a big product differentiation. KFC was established in 1952, Mc Donald's was established in 1955 and Popeyes in 1972. When the latter two entered the market, a considerable amount of market share dropped for KFC This is because they were able to differentiate themselves and surpassed the above-mentioned barriers with enough initial capital. Therefore, we can say that the threat of new entrants is low to moderate. 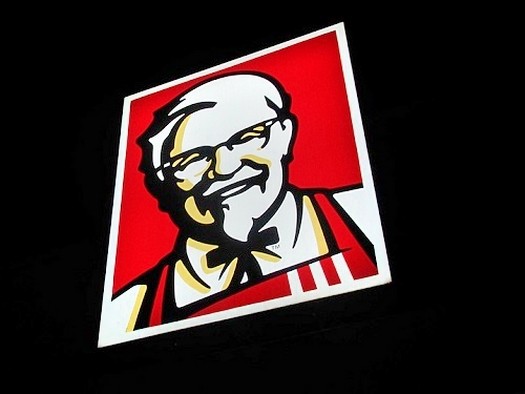 Below are the threats of substitute products of Porter’s Five Forces analysis of KFC:

Any company that has the potential to replace KFC can be considered a substitute.

This can be measured by substitute availability, switching costs and affordability. The potential substitutes can be the local restaurants that serve fried chicken and other fast foods. They are available at affordable. As this KFC belongs to the Food industry, the switching costs are close to zero. Apart from these, there are contending fast-food chains with a gargantuan presence in the fast-food industry, such as McDonald's, Wendy's, Subway, etc., and operating in countries and localities where KFC is operating from. Apart from these fast-food restaurants, any other restaurant in the region can be a potential substitute for that region. Considering all the above-mentioned factors, the threat of substitutes for KFC can be considered high.

In the KFC Porter Five Forces Analysis the bargaining power of the customers can be explained as:

Customers that visit KFC restaurants daily are the company's buyers. The factors that influence the bargaining power of buyers are the switching costs associated, availability of substitutes, and size of customers and their cohesivity. As previously mentioned, this being a food industry, customers can easily switch to alternatives without any associated switching costs. Customers have a variety of options, such as McDonald's, Subway, Domino's, Pizza Hut, and so on. This list includes local restaurants as well. Due to a large number of competitors, pricing rivalry will be fierce, leaving little room for KFC to influence prices individually. As for the size of the customers, their purchases are mostly individualistic and not cohesive. B2B bulk transactions take place, but individual purchases number overwhelm that former.

Owing to all these factors, the bargaining power of customers can be considered high.

Following is the bargaining power of suppliers in the Porter’s Five Forces analysis of KFC:

Chicken, soft drinks, and potatoes are KFC's key basic materials. The purchase of raw materials is always made in bulk and not in small quantities, and the orders are regular. These conditions are favorable to bulk suppliers, and hence many suppliers are willing to agree to the firms' conditions to supply the required raw materials. At the same time, as it is evident that these raw materials are pretty basic, and there is little product differentiation. There are multiple suppliers to choose from for KFC This means suppliers have considerably low bargaining power. But there is always a threat from the suppliers forward integration of KFC's products and selling them.

The impact of key competitors in the KFC Porter Five Forces Analysis is as follows:

The fast-food industry is one of the most competitive in today's market. KFC is also up against fierce rivalry from other industry competitors, particularly McDonald's, which is targeting the top spot in the global market. Mc Donald's has its presence in almost every other location where KFC operates; although certain products are differentiated, such as the flagship dishes, the majority of them are the same, the list of which includes fries, soft drinks, starters, etc. which also drive considerable revenue. As a result, each competition strives to think of new ways to entice customers. As mentioned previously, there is also price competition due to this fierce competition. Associated switching costs for the customers are also low.

Hence, competitive rivalry for KFC can be considered high.

To conclude, the above KFC Porter Five Forces Analysis highlights the various elements which impact its competitive environment. This understanding helps to evaluate the various external business factors for any company.