The political factors in the KFC PESTLE Analysis can be explained as follows:

KFC is a leading burger food chain brand having presence in countries across the world. The functioning and operations of the KFC could be affected the government policies which regulate the fast food operations. Health of the public is of utmost importance to the government and any issue with it can create a lot of problem to the company. KFC has to maintain good relationship with the government to avoid any kind of trouble. But it came into controversy when it mocked the US president’s Donald Trump tweet which mention having a bigger and more powerful nuclear button than North Korea. It certainly seen negatively by the republican supporters and they condemn this mocking by KFC openly. 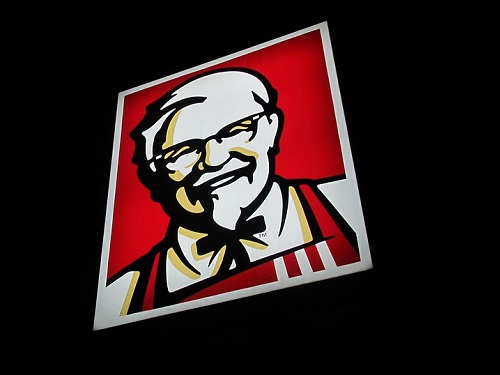 Below are the economic factors in the PESTLE Analysis of KFC:

KFC is struggling to expand its business in emerging markets as the global slowdown decreases the fast food consumption of the people.

Moreover, it is strongly related to the chicken only. Now the problem with this is that many vegetarian people didn’t go to KFC even though it has limited vegetarian options and other problem is that since many people go to KFC because of its chicken it cannot diversify its menu to accommodate healthier and variety foods. But now company is taking a bold move and started experimenting with Vegan items to accommodate more people to its chain.

KFC has done something which is very clever and bold without spending anything. It has changed its name from Kentucky Fried Chicken to KFC as fried word is negatively associated with unhealthy foods and people became more conscious before purchasing fried food. It is selling the same thing but changing merely the name has done a lot of good to the company as it removed the contentious FRIED word and the abbreviation KFC has become catchier and more popular. It is very difficult for the company to established its brand in India as India is majorly a vegetarian country and here beef is seen as disrespect to the cow which is considered sacred among Hindus. So, it has to remove beef from its menu in India.

The technological factors in the PESTLE Analysis of KFC are mentioned below:

KFC is a technology savvy company working constantly to improve its technology to serve its customer better. It is using facial recognition technology to predict what customers will order. It will collect data of the different users and then analyse it and then through learning will decide what a customer will purchase based on how they look. The company ha rolled out mobile payment system which allow the users to pay with apple pay, android pay and Samsung pay both in stores and drive thru. This will speed up the process and ensure that customer can get the food as quickly as possible. KFC is also offering advanced technologies for deliveries.

one can now order meal before reaching the cash counter through self-serving kiosk making the whole process quicker.

Following are the legal factors in the KFC PESTLE Analysis:

The company operates in around 120 countries around the world. It has to take care of all the laws pertaining to the countries in which it is operating. the company should reveal all the relevant information in its financial statement so that all the stakeholders know the true position of the company. Any non-adherence to the law can put the company in a critical position. KFC is in a food business, so their special safety and quality standards set by different countries which the company has to follow according to the different country’s requirements. Many customers complained against the company for adulterated food. In one such case the company was asked to pay 19000 pounds after a health inspector found that an issue.

In the KFC PESTLE Analysis, the environmental elements affecting its business are as below:

KFC has switched from cardboard to recyclable and biodegradable paper to reduce its packaging by 1400 tonnes. It joined hands with Tidy planets which has developed small scale cogeneration system called CHiP that turns used cooking oil into electricity and hot water on the site where it is produced. It will lead to saving of 1000 miles of waste transportation by each store and reduces carbon emission by more than 4000 tonnes a year.

To conclude, the above KFC PESTLE Analysis highlights the various elements which impact its business performance. This understanding helps to evaluate the criticality of external business factors for any brand.