The political factors in the H&M PESTLE Analysis can be explained as follows:

Majority of the production of H&M is setup in Turkey, Egypt and Lebanon. Lebanon has been politically instable before and after its independence. There is the shift of power of supremacy over a period of time which mostly results in war and similar situations. US vs China Trade war is also a major concern not only for H&M but for the entire industry. Its impact results in increasing the prices of textile products. The workers demand has been growing ever since. They demand fair working conditions, safe work place and improved wages. The developing countries with a stable government change the labor laws such that the minimum wages which has to be provided shoots up the overall production cost. Brexit has also resulted in a difficult political scenario to operate in. The overall impact most of the times is that the goods manufactured become costly and thus the customers find cheaper option of merchandise. 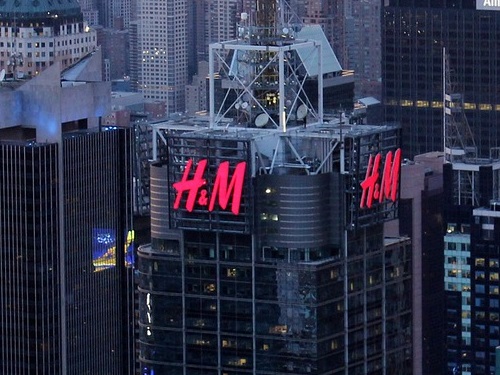 Below are the economic factors in the PESTLE Analysis of H&M:

Despite Brexit sales rose by 7%.

This is seen as a good sign to the business since such a big political turn around didn’t impact its profit-making rate. In various countries labor laws vary significantly. Developing countries have considerably low labor rate and thus setting up manufacturing units in those countries is profitable. With improving economy around the world, the disposable income of people is increasing. They have more to spend on luxurious items including premium clothing. The tax norms change with time and that impacts the economic stability of the firm. Corporate tax policy varies from country to country and H&M has to align its business accordingly.

Clothing is a field where people are directly influenced by social media and celebrities. They relate more with the brand that their favorite celebrity star promotes. Thus, promoting the products through social media and creating the buzz around the channels is important. The attitude of buyers is changing. They prefer designer clothes these days and thus the demand for the same is rising more than ever before. This changing trend in attitude, buying behavior has to be analyzed so that no social group is left untargeted.

The technological factors in the PESTLE Analysis of H&M are mentioned below:

The era of mobile phone has arrived. People are no more interested in going to the store and buying the clothes merchandise when they can do the same via mobile application. The technology gives the customer the ease of ordering from their workplace/home/anywhere. The firms including H&M have to keep up with this technological advancements and related changing behavior. Reward points either directly in the application which is used to order or in the form of discounts are a nice strategy mixed with technology to increase the customer base. Along with ordering applications H&M has also tied up with Hermes as its logistic partner which is highly advanced in technology of logistics.

Artificial intelligence, analytics can be used to design merchandise, observe and study the customer to provide them with suitable services/products.

Following are the legal factors in the H&M PESTLE Analysis:

Each country has its own regulatory policies. Firms operating in those firms have to abide by the rules to be successfully able to operate the business. For example, H&M has to collaborate with franchising partners in UAE, Kuwait, Oman etc. even when franchising was not the part of expansion strategy of H&M. The Intellectual property rights is major concern. Suppose an innovative design is manufactured by H&M but if it is not legally secured then can be stolen by its competitors and within no time the innovation which could have given them the upper hand in market vanishes away.

In the H&M PESTLE Analysis, the environmental elements affecting its business are as below:

Textile industry as a whole is the second most polluting industry after oil and petroleum industry. The high amount of water waste which is generated pollutes the water bodies. The population living nearby to those water bodies suffers from various deadly diseases.

Air gets polluted which manufacturing the clothes merchandise. There are government norms for regulating these emissions into the air but still the damage can never be controlled cent percent. H&M has a goal which is to be use completely recycled clothes material for its production.

To conclude, the above H&M PESTLE Analysis highlights the various elements which impact its business performance. This understanding helps to evaluate the criticality of external business factors for any brand.