The political factors in the Woolworths PESTLE Analysis can be explained as follows:

Woolworths being a big brand, has to several political factors affecting its business. The ban of single use plastic led to a certain slowdown during the initial months of the year. The transition from single-use plastic to more sustainable alternatives was both time consuming as well as and cost intensive. With laws getting stringent the use of plastic, it’s time for the retail markets to start working towards alternative sourcing and packaging. The recent reduction and somewhat stable fuel prices have helped Woolworths maintain higher profitability. Since Australia has a balanced relationship with both China and the US, the effect of the trade war between these giants is relatively less pressurizing. This trade war though has revealed certain areas where Woolworths might benefit from venturing, e.g. the export of nuts to China. A drawback of the trade war is the fact that foreign investors are already reluctant to invest in Australia based ventures. Apart from these factors, the retail market is relatively stable to political factors changing, thus making Woolworths more stable in its host country. 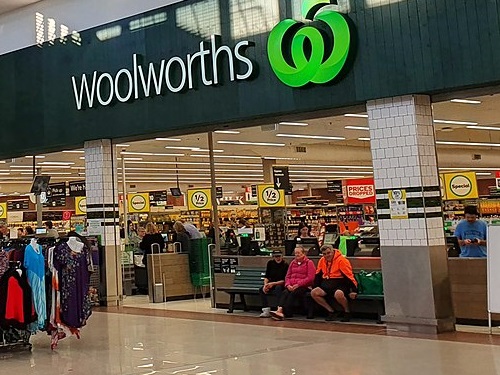 Below are the economic factors in the PESTLE Analysis of Woolworths:

Increase in competition has been a major determining factor across all segments and industries.

Similar has been the situation in case of Woolworths. To retain its market share, Woolworths initiated various loyalty programs, which even though were good, failed to capture the market. Aldi, its competitor has managed to capture 15% of market share, thus leaving Woolworths on cross-roads regarding the future of its current marketing campaign. Though Woolworths has managed to gain the consumer's trust to some degree, it needs to work on portraying itself as a more innovative and meaningful company. Only when a company has attained this complex mix in the right proportion, it can sustain through the tough economic times that are yet to come. During the financial 18-19, though Woolworths claimed to have made increased its sales by 3.4% it reported a reduction in gross profit, due to higher stock loss. Based on the current scenario, the group is ready to face any challenges that my come-up as a result of the increased cost of inputs and increased financial burdens as a result of liquid assets being tied up in new enterprises. It's working towards gaining back the momentum it lost due to various factors affecting its day to day business.

With people moving towards more healthier options, the quality and variety of Woolworths’ products that need to be served into the market has drastically increased. Woolworths managed to capture this changing trend and work accordingly to satisfy its consumers by providing fresh fruits and vegetables regulated by its “Grower Fresh campaign”. The products supplied had a 3.5 or above Health star rating. A range of new health products was introduced to satisfy the needs of the increasingly health conscious population at affordable and discounted rates. The introduction of ‘discover’ driven range, service and convenience, has started to comply with the needs of the modern consumer. By analysis the localized needs of different regions, Woolworths tried to retain its consumers by introducing tailored reward points systems. The appointment of wine experts across major stores has not only helped boost sale but also opened up new opportunities across the wine lovers/expert’s community. Thus, by picking up on the latest trends prevailing across societies, Woolworths can cash in on these opportunities, and provide an extended experience to its consumers, while remaining a dominant player in the market.

The technological factors in the PESTLE Analysis of Woolworths are mentioned below:

With continuous transformation, to provide better quality service, Woolworths has embarked upon a journey of being tech savvy. As the majority of these processes are critical for businesses, pace and agility are key elements to achieving success. During the last financial year, Woolworths launched the concept of smart stores, to make their stores safer by enhanced surveillance, with the help of robots and iPad with inbuilt cameras at the self-serve checkouts. The retailing giant has proposed a subscription model, with monthly and annual subscription fees with free home delivery of goods purchased by the consumer over the in-house develop app. Another application of technology under review is the ‘shop and go’ that has been developed to reduce the hassles of shopping faced by the consumer.

With Woolworths working towards multiple safety as well as ease of shopping-based tech improvements, the future of retail markets is on the verge of major revolutions.

Following are the legal factors in the Woolworths PESTLE Analysis:

The recent change introduced by ASIC stating the inclusion of climate change report as a part of operating financial review for all corporations across Australia may have an impact on the credibility of the company. In the Australian system where OFRs can be used, to raise capital from certain investors without issuing a prospectus, may be a roadblock for corporations not focusing on the climate change aspect. With increased efforts to reduce their carbon print and to help create a better environment, Woolworths may not get affected as much. While Woolworths follows various rules and regulations strictly, they need to work on keeping their stocks up to date, to avoid any sort of legal claims against their products. Changes in legal requirements related to competition, employment, health and safety, product safety and consumer protection, privacy, anti-bribery and corruption, anti-money laundering, liquor, gaming, and the environment will have a direct impact on the working of the company. The legal team needs to stay abreast with any changes that happen to ensure compliance with the various regulations.

In the Woolworths PESTLE Analysis, the environmental elements affecting its business are as below:

Under the ‘Good Business Journey’ program, Woolworths integrated advanced trans-critical CO2 systems: Natural refrigeration and HVAC system across 14 stores and thus made an effort towards reducing its carbon footprint. These systems are known to virtually eliminate almost all synthetic refrigerants from the stores and reduce their dependency gas fired boilers. Another angle through which Woolworths has been trying to attain its sustainability goal is through building smarter stores. With the help of technology, it has managed to design a store that meets the requirements of a 5-star Green Star Design.

The store is under the process of getting certified as “Built V1.2”. With further plans of employing technology to assist them make better stores, research in the field of modern refrigeration is what they believe will further assist them make a difference and boost sustainable development. Apart from modern refrigeration, reduction in food waste through advanced monitoring of all the edibles in the store, they have further moved a step towards being a responsible business entity.

To conclude, the above Woolworths PESTLE Analysis highlights the various elements which impact its business performance. This understanding helps to evaluate the criticality of external business factors for any brand.