The threat of new entrants in the Woolworths Porter Five Forces Analysis can be explained as follows:

Woolworths is an Australian chain of supermarkets and grocery stores that provides shopping for homeware, fashion, food and beauty. Woolworths is operating in a sector where the point of entry of companies matters for making a mark. The time and cost involved in entering the market are very high for new firms since they are fighting against already established firms like Woolworths. The new companies have to invent newer ways of doing things if they are to make their presence felt. Since the products which are sold are those having high differentiation, new entrants have to bring a unique value proposition to the table. But the capital requirements will also be very high for establishing its operations. Another issue the new entrants will be facing will be access to the logistics and supply chain networks. A low pricing strategy will be an ideal method to make a breakthrough for them. But again, the new firms would not be able to take advantage of the economies of scale like bigger firms. 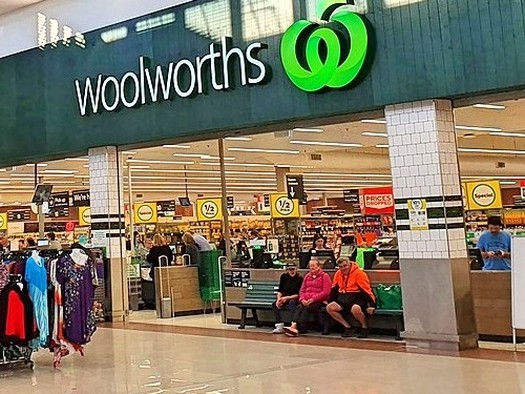 Below are the threats of substitute products of Porter’s Five Forces analysis of Woolworths:

A substitute is a product that helps in meeting your needs in an efficient manner.

This can be an unprecedented product or a new use for an existing product. Meeting the customer needs in different ways will result in the substitution effect. Since most of the products of Woolworths are those catering to the basic needs of the customers, the scope for substitutes is very low. If any of the players could come up with a value proposition different from what is being offered in the industry then, the customers will start preferring the most efficient and economical product. Besides, the products like groceries have very low switching costs. Hence, it is easier for the customers to shift from one product to another. If some substitutes are produced, or new uses are identified which solve a problem, people will lock on to them. Thus, the threat of substitutes is a moderate force when it comes to the operations of Woolworths.

In the Woolworths Porter Five Forces Analysis the bargaining power of the customers can be explained as:

Thus overall, the bargaining power of customers is a moderate force when it comes to Woolworths.

Following is the bargaining power of suppliers in the Porter’s Five Forces analysis of Woolworths:

The impact of key competitors in the Woolworths Porter Five Forces Analysis is as follows:

Woolworths specializes in groceries, health and beauty products, stationery, pet and baby supplies etc. The industry in which the company operates is very intense in competition. Basically, the industry is of competitive food and staples industry. There are a lot of players feeding the market like Carrefour, Tesco, LIDL, Walmart, Amazon etc. A company can produce a plethora of products catering to the same need, and so can any other players in the market. Thus, the rivalry between the players is pretty high. Thus, the key differentiating factor will be the optimization techniques and marketing efforts taken by the companies. A good marketing campaign can help a company stand out from the crowd with its unique value proposition. But the rivalry can take a toll on the long-term profitability of the organization. Since the companies are fighting for the same market space, it becomes all the more important for any of the players to focus on their marketing and advertising efforts.

Thus overall, the competitive rivalry is a strong external force affecting the operations of Woolworths.

To conclude, the above Woolworths Porter Five Forces Analysis highlights the various elements which impact its competitive environment. This understanding helps to evaluate the various external business factors for any company.