The threat of new entrants in the Hermès Porter Five Forces Analysis can be explained as follows:

Hermès is a French luxury design house specialized in leather goods, lifestyle accessories, home furnishing, perfumery, jewelry, watches and ready-to-wear products. Any new entrant entering the market will need to have a lumpsum capital and resource investment to start a business. This itself weakens the threat of new entrants. Hermès is a highly differentiated product company that has a unique value proposition. Thus, it will be difficult for the newcomers to access the market share of the company with a similar kind of value proposition. The new entrants should be able to differentiate themselves from the rest of others and provide a unique experience to the customers. Besides, there are regulatory challenges that might discourage the new entrants from starting their operations efficiently. Another problem the entrants have to tackle is the loyalty of the customer base to established brands. There is also difficulty in accessing the distribution networks for doing business. The research and development activities done by the established firms are also unmatched by the new entrants. Thus, the threat of new entrants is a weak force when it comes to the operations of Hermès. 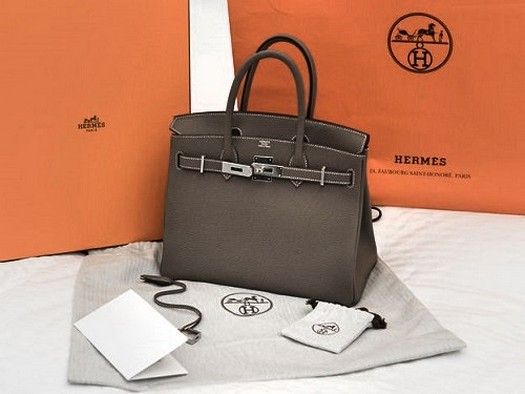 Below are the threats of substitute products of Porter’s Five Forces analysis of Hermès:

One of the important factors that affect the operations of Hermès is the threat of substitutes.

There is always a tendency among the customers to move on to a more economical product when the new one also provides the same functionalities. But there are some who are loyal to the brand and hence rarely consider flocking on to a substitute product. Hermès being a renowned brand, has numerous loyal customers for its products. Though some players might be able to replicate the designs and functionalities of the brand at a cheaper cost, the quality and brand equity associated with Hermès will be matched by none. Besides, high differentiation of the products also makes it difficult to be repositioned in the minds of the customers. Hermès is selling status and an experience with its products. Thus, the threat of substitutes is a moderate force when it comes to the operations of Hermès.

In the Hermès Porter Five Forces Analysis the bargaining power of the customers can be explained as:

Thus, bargaining power of customers is a strong force.

Following is the bargaining power of suppliers in the Porter’s Five Forces analysis of Hermès:

Like customers, suppliers are also concentrated on specific locations. This reduces the bargaining power of the suppliers. There are lot more suppliers in numbers than buyers. This gives the buyers an upper hand in the negotiations. But there has been an increasing demand for the products offered by the company and thus a demand for the supplies also. Since the number of suppliers is very high compared to the buyers, there is an issue of price sensitivity also, which brings down the bargaining power of suppliers further down. Moreover, companies like Hermès have a sense of goodwill with them which suppliers would like to associate with. The suppliers, once established, will have a tendency to integrate forward into new operations, which make them a serious competitor to the operations of Hermès. There are some suppliers who feed multiple manufacturers also. These people are immune to negotiations and hence make the bargaining power of suppliers a moderate force.

The impact of key competitors in the Hermès Porter Five Forces Analysis is as follows:

The major competitors of Hermès include Burberry, Tiffany and Co., Prada, Pandora, Balenciaga etc. The industry has intense competition between the players. The firms try to make a mark in the industry through their aggressive targeting and pricing strategies. Since the quality and functionalities of the products are almost the same, the companies can make a breakthrough only through their marketing campaigns. There is slow growth in the industry, and the products have a moderately low number of substitutes. The market for the products is saturated, and all the players cater to the same market section. The switching costs in the market is moderate due to the brand equity associated with the brands. This makes the companies think out of the box to come up with new campaigns to make a breakthrough in the market.

Thus, the competitive rivalry is a strong force when it comes to the operations of Hermès.

To conclude, the above Hermès Porter Five Forces Analysis highlights the various elements which impact its competitive environment. This understanding helps to evaluate the various external business factors for any company.