The political factors in the Hermès PESTLE Analysis can be explained as follows:

Hermès is luxury goods manufacturer company which has its operations around the world. Due to its parent country’s trade policies with EU and advanced economies, it can operate its business smoothly. Due to pandemic, the governments of different nations have taken typical decisions which affects the business. As the vaccination process started, the operations of the company had boost up. The company has to maintain good political relations with the nations where it is operating. It also set their operations where the host company have stable political conditions and good cordial relationship with the parent country. The company should also look at the supply chain of the host countries and various tax policies on the imported luxury goods. 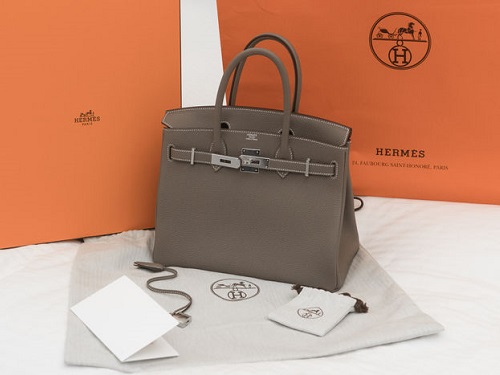 Below are the economic factors in the PESTLE Analysis of Hermès:

A lot of economic factors affects the business of Hermès.

Due to pandemic, the income of the people has decreased a lot. Because of this its revenue has fallen from the past year. But due to vaccination and many nations economic policies, there is a hope to recover the growth and to increase the disposable income of the people. Some interesting fact here is the richer become more richer in this period also. The company should also consider this change in economy. The company should also consider the foreign exchange returns between the nations. The world trends are changing around and the economy is boosting which improves the economy of the people which is a key factor for the company.

Hermès is a luxury brand, and many social factors are considered while selling the brand. Due to urbanisation and socialisation, the spending on the luxury goods has been changed tremendously in the past few years. Due to change in demographics, the millennials spend more on the goods which make them to be special. The consumers also spent more money on the goods which are more quality and they see these luxury goods as their status symbols. The perspective on the purchasing also changed. Consumers are ready to spend more on the goods which have best quality and durability. The population of the millionaires also increasing year on year which is a key factor for the business.

The technological factors in the PESTLE Analysis of Hermès are mentioned below:

Hermès is famous for its design of goods. It also focuses on the customers requirements and implement new technologies to reach the expectations of the customers. Due to change in supply chain networks, the business models have been changed. The rise in internet and change in customers behaviour towards the purchasing, the company should embrace the technology to meet the demand and create the value which increase the satisfaction of the customer. The Hermès operates in many nations. It has to incorporate smooth logistics and supply chain networks.

The industrial revolution 4.0 also helps to improve its operations to manufacture the goods.

Following are the legal factors in the Hermès PESTLE Analysis:

Hermès operates in many countries which has different rules and regulations. It has to protect the new design of its goods and shouldn’t copy the others designs. It also should be genuine with their statements in the promotion activities. If they can’t hold their promises which they give during the advertisements, the company should face serious legal issues. The legal laws in Europe are way different in other countries and the employment laws and environment laws also different from one nation to other nation. The company also should keenly observe various trade laws for the smooth supply chains.

In the Hermès PESTLE Analysis, the environmental elements affecting its business are as below:

Hermès faces the risks relating rapid change in climate and biodiversity. Due to climate change the intense of the natural disasters has increased. This might disrupt its supply chain and its operations in the global level. To mitigate risk the company should incorporate the strategies which manage the risk and also aid for the reduction of the carbon foot print. It should also seek to secure the quality supplies of natural and renewable resources without disturbing the biodiversity.

It should seek to get quality resources. It shouldn’t disturb the biodiversity for its design of the leather goods. It should also make its stakeholders to include green measures to reduce the carbon foot print.

To conclude, the above Hermès PESTLE Analysis highlights the various elements which impact its business performance. This understanding helps to evaluate the criticality of external business factors for any brand.