The threat of new entrants in the Tesco Porter Five Forces Analysis can be explained as follows:

Tesco is a British multinational retailer focusing on general merchandise, which is one of the largest retailers across the world. One of the main factors affecting the operations of Tesco is the threat posed by the new entrants to the market. For a new entrant, setting up a store and starting its operation demands a lumpsum amount of capital requirements. Besides, competing against an established giant like Tesco would mean going against the sales and marketing efforts done by them which are rarely matched. Besides, the existing big players can always come up with their own economies of scale operations and discounts. But a new player will always find it difficult to provide bulk discounts or offers to its products, thus putting them at a disadvantage. Besides, new players will find difficulty in accessing the distribution channels and supply chains already dominated by the big players. Besides, the labor force, management team etc., of the big firms provide an upper hand to them in their efforts. Thus, the threat of new entrants is a weak force concerning Tesco. 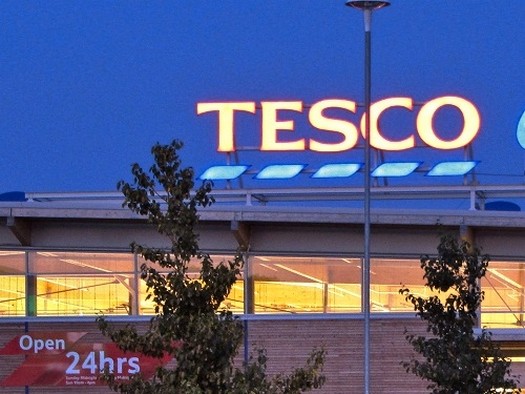 Below are the threats of substitute products of Porter’s Five Forces analysis of Tesco:

Even though there are a lot of products that can substitute the actual products, the products that Tesco sell are those which are supposed to meet the basic needs.

Thus, the threat of substitutes is very minimum. Tesco sells products like groceries, clothing, petrol, electronics etc., which will have a year-round demand, and these products have constantly been replenished into the retail stores whenever the stocks are exhausted. Besides, price is also a deciding factor here for the regular customers of the products. If someone offers the products at a lower price, people might prefer to buy from them since these products cater to the daily needs of people. This drives down the threat of substitutes further to lower levels. But Tesco is known for its finest product lines which gives it an upper hand in the market. In short, the threat of substitutes will be a moderate external force affecting the overall operations of Tesco.

In the Tesco Porter Five Forces Analysis the bargaining power of the customers can be explained as:

One of the main factors concerning the bargaining power of customers is a large number of competing retailers in the market. Since the products provided by the store are mainly those which cater to the basic needs of the customers, they have the capability to choose those stores which provide maximum economies of scale. But the prices for basic goods will barely change across the retail stores. The quality of products will also be the same across the shops. Thus, the bargaining power of customers can be assumed to be low. Moreover, the products are such that there is minimum hope of developing loyalty with them. The switching cost involved in shifting from one retail store to the other is also less for the customers when we consider the products offered by Tesco.

Thus overall, the bargaining power of customers is moderate when it comes to the operations of Tesco.

Following is the bargaining power of suppliers in the Porter’s Five Forces analysis of Tesco:

Suppliers have comparatively less bargaining power when it comes to the products offered by Tesco. There are a lot of suppliers who usually feeds the retail stores with their products. Switching from one supplier to another one is hence not a big task for retail stores like Tesco. The negotiation power thus vests with the retail owners only, and they will have the upper hand in closing the deal by deciding the price. There are multiple suppliers available for the same item in each store. This enables the retailers to choose the products of those vendors who provide them at the lowest price, assuming the quality remains the same. This makes the bargaining power of suppliers a weak force when it comes to the operations of Tesco.

The impact of key competitors in the Tesco Porter Five Forces Analysis is as follows:

The sector in which Tesco is operating has intense competition from a lot of players like Walmart, Carrefour, Sainsbury’s, ASDA etc. These are established firms with strong supply chains and logistic networks and are barely different from one another. They offer almost the same kind of products with almost the same prices. Thus, the major breakthroughs are brought in by advertising and other marketing techniques. Companies try to position themselves differently compared to their competitors through their diverse marketing campaigns. There are also intense price wars between the players, which often results in economies of scale for these companies. Since the products sold by the companies are mainly to cater to the basic needs of the people, price wars do have importance in the competitive realm. Whatever tactics you try to implement will always be replicated by the competitors.

Thus, competitive rivalry is a strong force affecting the operation of Tesco.

To conclude, the above Tesco Porter Five Forces Analysis highlights the various elements which impact its competitive environment. This understanding helps to evaluate the various external business factors for any company.