The threat of new entrants in the Adidas Porter Five Forces Analysis can be explained as follows:

Adidas is a German multinational company focusing on the manufacture of footwear, clothes and accessories. Adidas has been operating in the industry of footwear and apparels industry since 1949. Hence, the supply chain and distribution channels established by the company is very vast. A new entrant to the industry will not find any difficulty in setting up a production unit and starting its operation in the market. But catching up with an already established company like Adidas would not be easy. The share of investments made by the firm in marketing and research will be unmatchable to the new firms, and the economies of scale that the company can come up with will not be possible to be replicated by the new firms. The goodwill associated with the brand, which had been developed along with time and the easy access to the new distribution channels the company has, will be difficult to acquire for the new firms. Thus, the threat of new entrants is a very weak force when it comes to affecting Adidas. 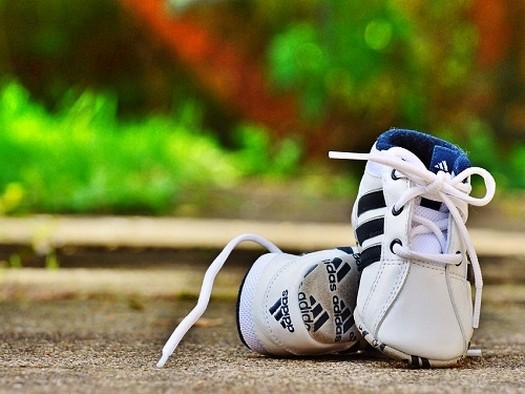 Below are the threats of substitute products of Porter’s Five Forces analysis of Adidas:

There are very few substitutes available to replace Adidas apparel and accessories.

Adidas is a well-known brand, and hence the quality of the products is top-notch. The company also invests a lot into its research efforts, thus making the brand to be among the first to bring about innovations into the products. There are a lot of patents available with the brand, which makes it number one in terms of its functionalities. Thus, if any brand has to take over the company, they have to provide functionalities that Adidas does not. This seems highly unlikely. But one important aspect of substitutes that the brand needs to be wary about is the presence of a large number of counterfeit products available in the market. These provide the same functionalities and thus pose a threat to the company. There are a lot of regional brands also which replicate Adidas in their qualities with a lower price. Thus, we can say that the threat of substitutes is a moderate force affecting Adidas.

In the Adidas Porter Five Forces Analysis the bargaining power of the customers can be explained as:

The customer base of Adidas is huge. Moreover, the contribution brought in by each customer is very less in the case of Adidas. That is, even if a customer decides to change his/her preference in terms of sports shoes, it is not going to affect the company much. Thus, the company have the upper hand in bargaining power. That is, in deciding the prices, discounts etc. Besides, there is also a shortage in the number of players available. Thus, customers will find it difficult to change their brand given the minimum expectations they have of the product. The pricing of Adidas has been such that it justifies the top end quality the products offer. Besides, the customers do not have enough knowledge about the product to decide. Very few people distinguish the products based on the materials used for their manufacture.

So it is safe to conclude that the bargaining power of customers is a moderate force affecting Adidas.

Following is the bargaining power of suppliers in the Porter’s Five Forces analysis of Adidas:

There are a lot of suppliers in the market who provide a rubber, cotton, Eva etc., to Adidas. Thus, the company will have the upper hand in all the negotiations happening because the company deals with different suppliers in different regions. They have corporate tie-ups with regional vendors all around the world. Hence it is easier for them to replace any suppliers anytime. Besides, big firms like Adidas always have goodwill along with it, which all suppliers would like to be associated with. Thus, suppliers will always be willing to have trade with Adidas, and this can be seen as an advantage to the brand. Besides, the supply chains and the distribution channels of the company are very vast, making the supplier unable to match up with the reach of the brand. Most of the products are outsourced often. This also emancipates Adidas from being involved in direct negotiations with the suppliers. Thus, bargaining power of Suppliers is a weak force when it comes to Adidas.

The impact of key competitors in the Adidas Porter Five Forces Analysis is as follows:

The competition in the segments Adidas operates is very intense. The brand is in direct competition with Nike, Puma etc., in selling their products. These brands sell products that are similar in almost all aspects- quality, price etc. Thus, there is very little chance of having a good unique selling point for these brands. Besides, the marketing and R and D efforts of all the direct competitors of Adidas are equally efficient. So, it is a difficult task to establish a clear dominance in the market. The major struggle of the company is that it is not present in all the segments in which Nike operates. Thus, there are high chances of people choosing Nike over Adidas because of familiarity. Besides, there are a lot of regional players in the market who have quite a big customer base in the geographies they operate in. So, Adidas has to leverage its name and fame to beat this competition.

Overall, competitive rivalry can be regarded as a strong external force affecting Adidas.

To conclude, the above Adidas Porter Five Forces Analysis highlights the various elements which impact its competitive environment. This understanding helps to evaluate the various external business factors for any company.