The threat of new entrants in the Audi Porter Five Forces Analysis can be explained as follows:

Audi belongs to the automobile industry, which is known for its large initial capital expenses. Volkswagen is the parent corporation. The value of V.W.'s property, plant, and equipment as of the 2020 balance sheet is 114,570 million euros, excluding inventories. Production costs are likewise high. Apart from this, establishing oneself in the luxury vehicle sector necessitates industry knowledge, qualified human resources, and high brand equity, which will necessitate hefty marketing costs. No new entrant will be able to have an immediate impact since established enterprises aggressively defend their market share through innovation, marketing, and customer service. In such a strongly competitive industry, gaining consumer loyalty is difficult, and new entrants would be unwilling to take any chances given all of these obstacles. On top of all these, there are regulations in place to enter into the automobile industry. After considering all these factors, the threat to new entrants to Audi can be considered high. 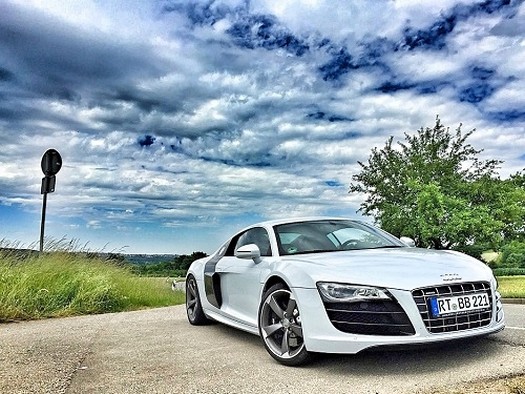 Below are the threats of substitute products of Porter’s Five Forces analysis of Audi:

Any product or service offering that can potentially replace Audi's products can be considered a substitute.

Currently, there are a large number of rival luxury car brands in the market, such as Rolls Royce, BMW, Mercedes Benz, Ford etc. Public transport services, taxis and gig taxi services such as Uber are also potential substitutes. The factors that have to be considered to check the threat of substitutes are substitute availability, switching costs and affordability for the mean consumer. Potential substitutes are readily available. The affordability of the above-mentioned substitute is not a problem for someone owning a luxury car. However, several factors limit the threat from substitute products for Audi, including brand image, product innovation, and popularity. Audi is a premium car brand that is immensely popular in almost all leading vehicle markets in most countries. With all these factors into play, the overall threat to Audi from the substitutes can be said to be moderate

In the Audi Porter Five Forces Analysis the bargaining power of the customers can be explained as:

Although there is less room for cohesive customer behavior in Audi's customers, their bargaining power has been on the rise thanks to increasing competition, increased emphasis on customer experience and regulations constantly being put up by governments that favor customers and their safety. As profit per unit is high and the economy of scales does not drive the revenue, brands are increasingly focusing on customer loyalty and increasing market share as the sales cannot happen with meagre margin in such a market amidst constant competition. But there are factors that limit the bargaining power of customers as well, such as high switching costs, brand equity, etc.

With all these factors in consideration, the bargaining power of buyers can be considered moderate.

Following is the bargaining power of suppliers in the Porter’s Five Forces analysis of Audi:

The impact of key competitors in the Audi Porter Five Forces Analysis is as follows:

As previously mentioned, other large players in the industry have a similar value proposition as Audi, such as Mercedes Benz, Rolls Royce, BMW, etc. There are also certain new entrants that have the potential to change the industry trend and landscape, such as Tesla in the luxury car industry. All the above-mentioned brands constantly invest in innovation to differentiate themselves and focus more on customer experience, safety and promotion to win them over. Over time, this competitive rivalry has only grown.

Owing to all these factors, competitive rivalry can be considered high.

To conclude, the above Audi Porter Five Forces Analysis highlights the various elements which impact its competitive environment. This understanding helps to evaluate the various external business factors for any company.