The political factors in the Audi PESTLE Analysis can be explained as follows:

Audi operates in more than 100 countries. So, the working condition changes in every other country according to the policies of the government. The recent trade war between the China and USA posed a serious problem to the sales of Audi. Trade war between these countries impact their economies especially the Chinese economy. Trade war slowed down the Chinese growth and thus the consuming appetite of chines consumers decreased which is impacting the sales of the Audi. Chinese market is the largest market for Audi and slow growth there impacted its business a lot. Moreover, trump in 2017 hinted that it would impose tariffs on European cars imported in America, which is the third largest market for Audi in terms of sales. 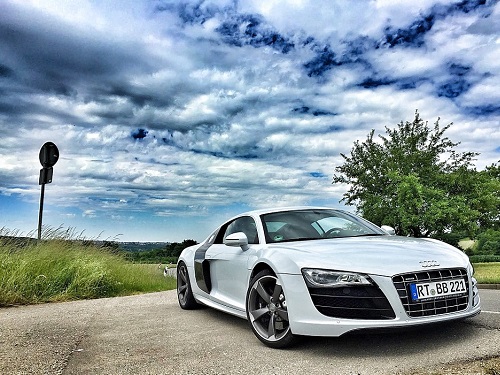 Below are the economic factors in the PESTLE Analysis of Audi:

Economic factors of various nations play a major role in successful performance of a brand like Audi in its market.

Audi is a premium brand of cars and thus the economic stability of a country determines if Audi can sustain itself in that market or no. When the global market declines, it becomes difficult for car manufacturing companies to gather the funds needed to manufacture and secondly create the demand for such a premium product as the consumers will be short of money. Also, with the growing technology there are several brands who develop more efficient cars with better service and thus marketing becomes one of the most important factors. The cost involved in marketing this increases immensely.

Each country has different culture and social trends and companies are required to serve them according to specific demand of specific countries. The demand for the Audi cars is rising in the developing countries, especially in china and India, with the rise in the disposable income of the people and their growing preference of purchasing premium products. In fact, china is the largest market for Audi with total sales around 663,049 units in 2018. But the recent slowdown in global economy especially after trade war between china and America has seriously impacted the growth of automobile sectors in nearly every country. In 2019, Indian automobile sector has faced its lowest sales in recent years. The slowdown in the economy and demonetisation has affected the purchasing power of Indians and thus the demand of cars decreased significantly.

The technological factors in the PESTLE Analysis of Audi are mentioned below:

Audi is known for its technological excellence. In today’s changing world there is some new innovations and discoveries coming up nearly every day. To remain competitive, businesses need to be one step ahead of their competitors and provide some different experience to their customers on a continuous basis. In 2002, Audi introduces continuous variable transmission which improves fuel economy and power delivery to a great level. Audi recently introduces what it called it as virtual cockpit which replaces dial with digital output. It can switch from instruments, to infotainment, to wide-screen navigation with Google Earth maps.

Following are the legal factors in the Audi PESTLE Analysis:

Companies worldwide have the legal bindings to work within its framework. Multinational companies working in different countries have to follow respective countries rules and regulations. Legal compliance is very important in case of automobile industries as there are safety issues, environmental issues associated with it. In the recent emission scandal surfaced in 2015, it was found that Volkswagen and Audi had rigged the software in diesel vehicles which enables them to pass emissions tests even though emissions in real driving were much higher. It was biggest automobile scandal in history. German law enforcements authorities have fined Audi 800 million euros to cheat on emission tests. This scandal has a very negative impact on the brand name of Audi and its sales dipped immediately after the scandal surfaced. Moreover, there are many cases still running against Audi in many countries regarding the same scandal.

In the Audi PESTLE Analysis, the environmental elements affecting its business are as below:

Audi is continuously making efforts to achieve sustainability in all its process and thus give its contribution towards the environment. For the same reason, Audi has decided to spend 5 million euro on the Audi environmental foundation which specifically focuses on environmentally minded pursuits of the common good. Apart from it what is outstanding about Audi is that it is making manufacturing sustainable.

They are building greener manufacturing factories for making electric vehicles, which is known for consuming a lot of energy during production. Audi has setup 37000 meter squared photovoltaic power station which saves up to 700 metric tonnes of carbon dioxide emission. It reduces the need of factory for electricity by 95%.

To conclude, the above Audi PESTLE Analysis highlights the various elements which impact its business performance. This understanding helps to evaluate the criticality of external business factors for any brand.