The political factors in the Xiaomi PESTLE Analysis can be explained as follows:

Xiaomi tried to gain back its strong position in their mainland that is China. They launched a couple of flagship smartphones such as Mi 8 and Mi MIX 3 which enjoyed a very significant amount of popularity. Due to significant potential for growth opportunities, the company shipped increasing number of smartphones in the developed markets. At the same time the increased demand led to an year on year growth of 9.7% in the international markets. For particularly the international markets, Xiaomi achieved very large amount of growth in revenue. Their shipments in 2018, to international markets continued to demonstrate strong growth momentum. The smartphones achieved of Xiaomi successfully gained the largest market share in India for sixth consecutive quarter. In Indonesia the company was second largest in terms of smartphones shipments and in western Europe, they were ranked fourth in terms of shipments. Their new segments that is IOT business also achieved a very good progress in the international markets. 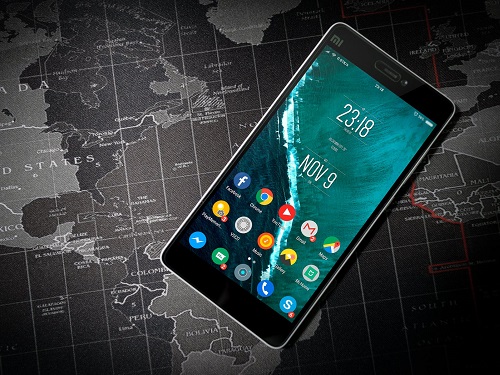 Below are the economic factors in the PESTLE Analysis of Xiaomi:

In 2018, the Xiaomi company interfaced with an increase in total share of revenue by 52.6 %.

The revenue particularly for the smartphone segment increased by 41.3 %. The company witnessed an increase due to strong sales of their mid to high end segment models in Chinese market, that was in line with the shifts in consumer demand in the company’s mainland i.e. China’s smartphone market. Xiaomi has strategized to optimize its product portfolio. After a rapid growth in the demand for the company’s smart TVs and several sought after products such as Mi Band, Mi Electric Scooter and Mi Robot Vacuum Cleaner, the company’s revenue increased by 118.4%. Cost of sales in the smartphones segment increased by 45.3%. The reason was due to increase in the sales of smartphones along with the appreciation of dollar value of United States against the RMB and Indian Rupees.

Across the world the consumers have an increasing desire to own and use their separate mobile phones. This change in consumer preference has positively affected the sales of the android mobile sellers. The consumer is increasingly becoming demanding, not only in the quality of the smartphones provided but also in terms of features of the devices being provided at a much lower cost. One of the major challenges that Xiaomi has faced in the market is its belongingness to its mainland China which acts as a catalyst of negative perception into the minds of the consumers. The western consumers believe that anything that belongs to the Chinese markets or was made in China would be a product of inferior quality. This creates difficulties for a manufacturer like Xiaomi in terms of market penetration. Before entering a particular market, the company also needs to which type of product would work best for the economy. The company would be unable to sell its premium product range in a market where majority of the consumers are in the lower-class segment.

The technological factors in the PESTLE Analysis of Xiaomi are mentioned below:

The company launches a variety of schemes and invests continuously in innovative technologies to match the current trends of the industry. In 2019, they officially launched the “smartphones + AIoT” dual-engine strategy. One of the key areas that it focuses upon is continuous investment in innovation, quality control and supply chain management. Xiaomi has also shown keen interest to invest into developing a complete open AIoT platform. With the entrance of 5G, an upcoming platform, there will be availability of more innovative applications especially for AIoT. The company has invested a hefty amount of RMB10 billion in order to develop AIoT, to capture the market share. Their key focus area relies upon diversifying, enhancing and optimizing their internet services into the mainland operation of the company that is China. The idea is to expand as well as diversify the client base. Xiaomi would also expand their fast-growing IoT device-based internet services.

Following are the legal factors in the Xiaomi PESTLE Analysis:

Xiaomi has faced severe legal issues in the past. This has had negative implications on the brand perception into the minds of the consumers. The company’s flagship products that is MI 5 and MI 5 Plus had been accused patent infringement by a firm known as Blue Spike LLC, a company which belongs to the United States. The claim was established onto the grounds that Xiaomi designs: develops or manufactures Address Space Layout Randomization (ASLR) software, systems which they import and offer service of it into the U.S. market. Although both of the models of Xiaomi were already approved by US FCC. The company was halted to sell, advertise or manufacture its products in India, after Ericsson sued the company infringing upon its Standard Essential Patents. Ericsson had tried to contact the company several times before for the issue related to violation of eight patents. Xiaomi although had ignored Ericsson’s request for communication.

In the Xiaomi PESTLE Analysis, the environmental elements affecting its business are as below:

Xiaomi follows the concept of circular economy. They incorporate such concepts into product design that acts as a prerequisite for reducing the impact of the activities of the company on the environment. They believe that the product should be developed in alignment with the beliefs and values of the consumers. While designing the product they use recyclable and renewable materials which are not hazardous to the environment. They have also committed themselves towards adopting business practices that are responsible and ethical in nature. They believe in holding their standards high for achieving excellence in governing laws.

They have taken a lot of measures to ensure that the hazardous substances are not used in the production processes. The company however in contrast with other similar players in market does not publish its CSR report on its website. It becomes difficult to completely analyze the level of commitment of the company towards reducing its environment impact.

To conclude, the above Xiaomi PESTLE Analysis highlights the various elements which impact its business performance. This understanding helps to evaluate the criticality of external business factors for any brand.