The political factors in the Oreo PESTLE Analysis can be explained as follows:

Mondelez, the company which produces Oreo, came out with a statement showing its concerns for the political uncertainties in the countries where it operates. Its CEO specifically said that the increased trade tariffs, United Kingdom’s pending decision of an exit from the EU, the global economic slowdown, Demonetization in India among others factors can have an adverse impact on Mondelez as well as its product Oreo. After it’s parent company shifted one of its facilities from U.S.A. to Mexico, President Donald Trump came out with a statement saying that he has stopped eating Oreos now. U.S.A.’s decision of having a border adjusted tax with Mexico had a little effect on it’s sales. Moreover, the anti-globalization measures taken by the U.S. government can also cause other nations to introduce trade barriers which can further affect Oreo’s revenues. 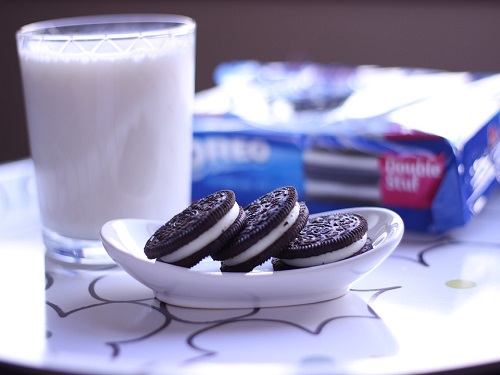 Below are the economic factors in the PESTLE Analysis of Oreo:

One of the most important factors which affect Oreo’s performance is the price fluctuations in the raw materials like Cocoa, wheat, sugar etc.

The company said that Cocoa which is one of the most primary inputs required for making the Oreo cookies is fluctuating since the past 12 months. Any increase in its cost can cause Oreo to either increase it’s pricing or going with lower margins. Both ways, it’s profits can decrease significantly. Also, a significant chunk of Oreo’s revenues are generated from the UK’s market. So, in case of a Brexit, the new trade tariffs and the much vulnerable supply chain can have a severe impact on Oreo’s revenues and profits.

Oreo has a huge line of products. Till date, it has more than 180+ products. The huge portfolio helps it in reaching out to a bigger audience and providing its customers with variety of cookies to satisfy their taste buds. The primary buyers of Oreo cookies are Children and teens aged between 6 to 18 years. So, while launching any of its new products or making changes in the existing products too; Oreo needs to take care of the preferences of these children. Most of these school going children prefer eating cookies with high cocoa and sugar content in it. But since the consumer’s eating habits change very rapidly; Oreo should keep a track of its customer’s preferences and regular market analysis should also be done. With more awareness regarding the consumption of less sugar is spreading, people may start shifting from these sugar loaded cookies to healthier cookies. So, Oreo should then reduce its sugar content in its flagship products while maintaining the taste. It can also come out with newer cookies with lesser or no sugar content.

The technological factors in the PESTLE Analysis of Oreo are mentioned below:

Since a major part of Oreo’s IT and operational activities are managed by the third-party leaving it vulnerable to cyber attacks which can further cause leakage of the company’s critical information. In case such a situation arises, then Oreo might have to coordinate with its system providers which might further increase its costs. Any malware attacks on the systems can cause a complete standstill. In the year 2017, one such incident took place in which the systems got infected with virus due to which Oreo’s sales were affected. With the introduction of the e-Commerce, companies are selling across the big e-commerce platforms. This opens up new opportunities for Oreo to increase its customer base but also compels it to maintain more client critical information which can make them vulnerable to cyber attacks.

Timely measures should be taken to improve the data security and also regular backups of the data should be done.

Following are the legal factors in the Oreo PESTLE Analysis:

Since being a product in the food industry, Oreo needs to adhere to the FDA regulations. In the past, a cased was filed against it by a public lawyer claiming that Oreo uses a lot of trans fat in making its cookies which is very harmful to human health. He wanted that children should not be allowed to purchase Oreo from the retailer. In September 2018, it’s biggest competitor, Hydrox, came out with an allegation that it is using predatory and unethical practices to cannibalize its market share. Hydrox shared a post from its official Facebook account claiming that it’s salespersons are trying to hide their Cookies from the Supermarket shelves to remove the competitor from the market. Although allegations have been made, but there has not been any evidence in support of them. So, as far as now, Oreo has been able to maintain a good brand image.

In the Oreo PESTLE Analysis, the environmental elements affecting its business are as below:

Mondelez, the company which produces Oreo, has been responsible for clearing up of more than 700 square kms. of forest land in the rainforests of Indonesia.

To conclude, the above Oreo PESTLE Analysis highlights the various elements which impact its business performance. This understanding helps to evaluate the criticality of external business factors for any brand.