The political factors in the Sony PESTLE Analysis can be explained as follows:

In the majority of the world's main markets, Sony Corporation benefits from political stability. This stability corresponds to the removal of governmental constraints in the remote or macro-environment, allowing businesses to expand. Furthermore, Sony has the potential to expand as a result of growing government backing for data security. Governments are stepping up their data security efforts, which is helping firms with online operations to grow and expand. Governments are developing further measures to encourage online commerce in this regard. This external aspect provides Sony with opportunity to improve its online operations. For example, in regard to its gaming items, the corporation could increase its online services. Sony has growth prospects based on the political stability of the largest markets in this component of the PESTLE analysis. 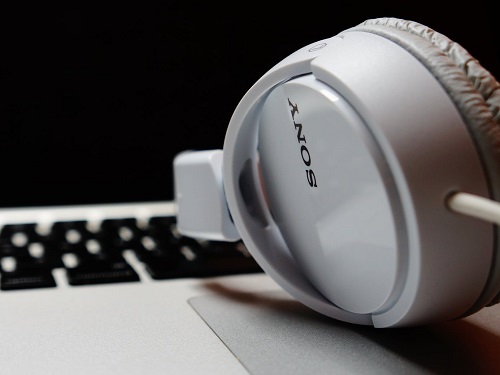 Below are the economic factors in the PESTLE Analysis of Sony:

Sony has the opportunity to grow along with the rise of developing markets.

These markets are growing at the fastest rates, which can help the company's overall revenue. Furthermore, the economic stability of developed economies provides Sony with chances to expand its activities while minimizing market-based risks. Another factor to consider is the rising level of disposable income around the world. This external aspect provides Sony with options to increase its revenue. For example, based on the anticipation that customers are increasingly capable of purchasing the goods, the corporation can sell the PlayStation more aggressively. Economic conditions present opportunities in the remote or macro-environment, according to this component of Sony's PESTLE analysis.

Sony has additional options to boost revenue from the sale of its gaming items as online gaming becomes more popular and wealth distribution improves. For example, the corporation can anticipate more PlayStation sales revenue as more customers are likely to buy the product. Furthermore, increased openness to leisure can help Sony increase its sales revenues. This external element emphasizes the value of marketing gaming and entertainment products to meet target customers' leisure needs. This element demonstrates that sociocultural factors in Sony's remote or macro-environment contribute to significant growth prospects.

The technological factors in the PESTLE Analysis of Sony are mentioned below:

The increasing reliance on digital technologies presents potential opportunities for Sony Corporation. This external factor indicates that the demand for digital technology is growing among individuals and organizations. For Sony, the integration of digital technology in smart homes, for example, opens up new markets or expands existing ones. In this regard, the corporation can take advantage of the growing adoption rate of mobile technologies by innovating its mobile devices for increased competitiveness and revenue generation. Firms' high rates of research and development (R&D) activity, on the other hand, boost their competitiveness against Sony. This external issue is a threat because it adds to the company's challenges. Sony, on the other hand, has chances to build its electronics, gaming, entertainment, and financial services companies based on the same external force. For example, the corporation could engage in R&D to create a competitive edge to support the differentiation generic approach.

There are significant prospects for growth and competitiveness in Sony's remote or macro-environment.

Following are the legal factors in the Sony PESTLE Analysis:

BMW Group has been subject to various legal problems all over the globe. In the year 2017, more than 100 of BMW’s customers complained about the engine failures while driving. About 30 of them had taken this matter to the court as well. Also, in the year 2018, more than 3, 00,000 cars manufactured between 2007 & 2011 were called back as they were also prone to complete engine failures while driving. Till date, about 90 of the BMW’s customers have also complained about the mysterious fires in their parked BMW’s. The South Korean Government charged a hefty fine of about $9.9 million to the BMW Group for allegedly hiding the problems related with the fires in its engines.

In the Sony PESTLE Analysis, the environmental elements affecting its business are as below:

Patent protection is improving, which highlights governmental and intergovernmental efforts to safeguard patents. This external aspect provides Sony with opportunity to expand its business while posing low risks to its private knowledge and designs. Increased e-waste restrictions, on the other hand, pose a danger in terms of the extra time and price required to reduce the environmental impact of the company's consumer electronics and gaming products. Sony, on the other hand, has a chance to improve its brand image by proactively enhancing its goods to reduce their environmental impact. In this regard, growing product regulation poses a threat to the corporation by necessitating extra costs for compliance.

Sony, for example, must expand its R&D spending to meet new product safety rules. Nonetheless, this same external element provides chances for the company to develop its products on a continuous basis in order to assure compliance and gain a competitive advantage. Sony's remote or macro-environment poses significant dangers and opportunities in this section of the PESTLE analysis.

To conclude, the above Sony PESTLE Analysis highlights the various elements which impact its business performance. This understanding helps to evaluate the criticality of external business factors for any brand.