The political factors in the Ford PESTLE Analysis can be explained as follows:

Ford is an American company that operates across the globe. Since the automaker has various manufacturing units situated in different locations, there are various geopolitical factors that affect the operations of the company. In the European market since the conditions haven’t been as stable as those in the Asian countries, the company’s operations have been affected. With post-Brexit news, there were certain issues that the company faced, in terms of increased costing and lower sales, and reduced ease of operation. The international markets are full of risk, but for Ford, the Asian market is the strongest one. But certain parts of Asia, such as India, which forms the 4th largest automobile market in the world, has been hit by a slowdown due to various government policy changes. Changes in the cess and GST increased fuel prices, and increased cost of maintaining an individual automobile has decreased the sales of automobile. Further trade wars between China and the US, which led to an increase in the cost of steel, has further slowed the production of the automobile and can affect Ford Motors. With changes in RBI repo rates, and corporate tax in India, is expected to ease the automobile companies’ operations. Increasing international trade also depends on the diplomatic relations between countries. With increased diplomatic relations, the company will find it easier to enter the market of the other country. 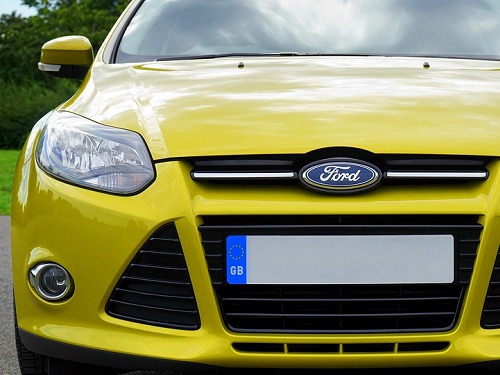 Below are the economic factors in the PESTLE Analysis of Ford:

With Ford’s business spread across the various countries across the world, the change in the economic stability of its major markets affects the company drastically.

Since the Asian market is considered the most stable for operations, due to a relatively stable economy, any major changes occurring in these markets, will affect the company. A recent example is the slowdown of automobile sales in India, and the increased price of steel as a result of the trade war between the US and China. The further reduction in the disposable incomes of the people and increased cost of maintaining an automobile has further reduced the sales in the country. There is an opportunity for Ford to pick up its sales, after the reduction in corporate tax, and RBI repo rates. The increase in the rate of dollars, the customers are made to pay higher in their home currency, to satisfy the amount in dollars. Since various new entrants have emerged in the markets, with various newer technologies and models, the competition has further increased. This may lead to future market saturation, but this is a risk that the company should be willing to take and should be ready with a contingency plan if things go south.

The social factors play an important role and have a deep-seated impact on the operations of a company like Ford Motors. Companies like Ford serve in various international markets, that have varying cultures and different setups. Based on these differences, the approach towards the market needs to be changed accordingly. The most recent trend is about doing social good while benefitting all the stakeholders, and thus a majority of the companies undertake various CSR activities. The recent trend is to create more customer value and satisfaction. Through a friendly and helping team, the company can capture the attention of the customer. To capture the sentiments of the people, for a sustainable automobile, the company needs to focus on developing more vehicles that run on renewable sources of energy. The major name that comes to one head, is Tesla, which is still out of budget for the low-income class. To satisfy the needs of this segment, Ford should come up with a vehicle, that is more budget-friendly and sustainable at the same time.

The technological factors in the PESTLE Analysis of Ford are mentioned below:

With the upcoming generation becoming aware and conscious about the environment, the Ford company should invest in technologies to improve its stand in the field. A recent example of the same is when the company announced that it might tie-up with Mahindra and Mahindra to develop a new low-cost battery-driven model. The existing technology for battery-driven vehicles is way costly for the common people in most parts of the world, especially in India, where cars are considered more of a luxury than a necessity. With basic technology like Wi-Fi systems, automatic parallel parking, etc. the company has teamed up with Holoride and Universal Pictures to provide a virtual reality-based ride. The future generation has lots to experience with technology getting advanced day by day. The latest technology makes an automobile more attractive to its customers and so is the case with Ford.

The market has been waiting for driverless cars, and fuel-efficient, low-cost hybrid cars, and Ford has a great opportunity of utilizing its expertise in creating a new model and fulfilling the gaps existing in the market.

Following are the legal factors in the Ford PESTLE Analysis:

When a company like Ford works across various countries, there are various legalities it needs to follow. Various environmental laws change, which affects the production of automobiles. An example of this is the shift in India from BS4 to BS6. Though the change was spread across a period, it was still a drastic one for the company. In many countries, the rules for hybrid and completely electric vehicles have not yet been defined appropriately which poses a further threat to the company. A change in any of the legalities, will lead to the implementation of major changes and thus affect the profitability as well as the day to day operations of the company. To avoid being sued the company needs to keep a tab on the quality of all automobiles it produces. Beyond the legal difficulties faced, Ford needs to work on the pricing policy according to the different countries it operates in. It also needs to keep a tab on the policies related to the working hours of the employees as well as minimum wages it needs to provide to its employees working in these countries. Since it’s a US-based company, various anti-bribery laws are implemented, which monitor the practices followed by the company. Bribery of any sort to any transacting party will be considered an offense and is a matter that will drag the company to court. Ford needs to keep the legal framework of different countries in view when manufacturing different models, since the regulations related to product design and safety may vary.

In the Ford PESTLE Analysis, the environmental elements affecting its business are as below:

Sustainability is a major step that Ford as a company has taken. To respond to the changing climate, the company has established various policies and programs across the world. The company believes in not just reducing their carbon footprint but also in making innovations that have a positive impact on society. Through their ideas to implement a 100% electric fleet of cars, Ford aims to go emission-less.

In line with the UN SDG’s the company believes in shifting to 100% renewable energy for all their manufacturing practices by 2035. By 2030, the company wishes to eliminate 100% of the single-use plastic and a true 100% reduction in waste to landfill from all its operations. To tackle the growing need for plastics, the company aims to use only recycled plastic for all its processes.

To conclude, the above Ford PESTLE Analysis highlights the various elements which impact its business performance. This understanding helps to evaluate the criticality of external business factors for any brand.